A hurricane down off Baja was sending flooding rain all the way up into Arizona and New Mexico, so I headed north to get clear of it, and glad that I did.

Creede is located in  the San Juan Mountains in SW Colorado, near the headwaters of the Rio Grande River, which flows through and the San Luis Valley on its way to New Mexico, Texas, and eventually into the Gulf of Mexico.

Creede was the last silver boom town in Colorado in the 19th century. The town leapt from a population of 600 in 1889 to more than 10,000 people in December 1891.  Creede’s boom lasted until 1893, when the Silver Panic hit all of the silver mining towns in Colorado. The price of silver plummeted and most of the silver mines were closed.  So the boom only lasted four years.

Serious hard rock mining continued until 1985, as demonstrated in the Hard Rock Mining Museum there.  They've built the entire museum underground, in a long tunnel like a typical mine.  It sure demonstrated to me that I could never be such a miner, slaving down there in those dark tunnels, while up above is the most beautiful scenery anywhere!

I wish I'd taken some photos down in there to contrast with the ones to follow.


This is typical of the loop road that takes you up into the mining area. 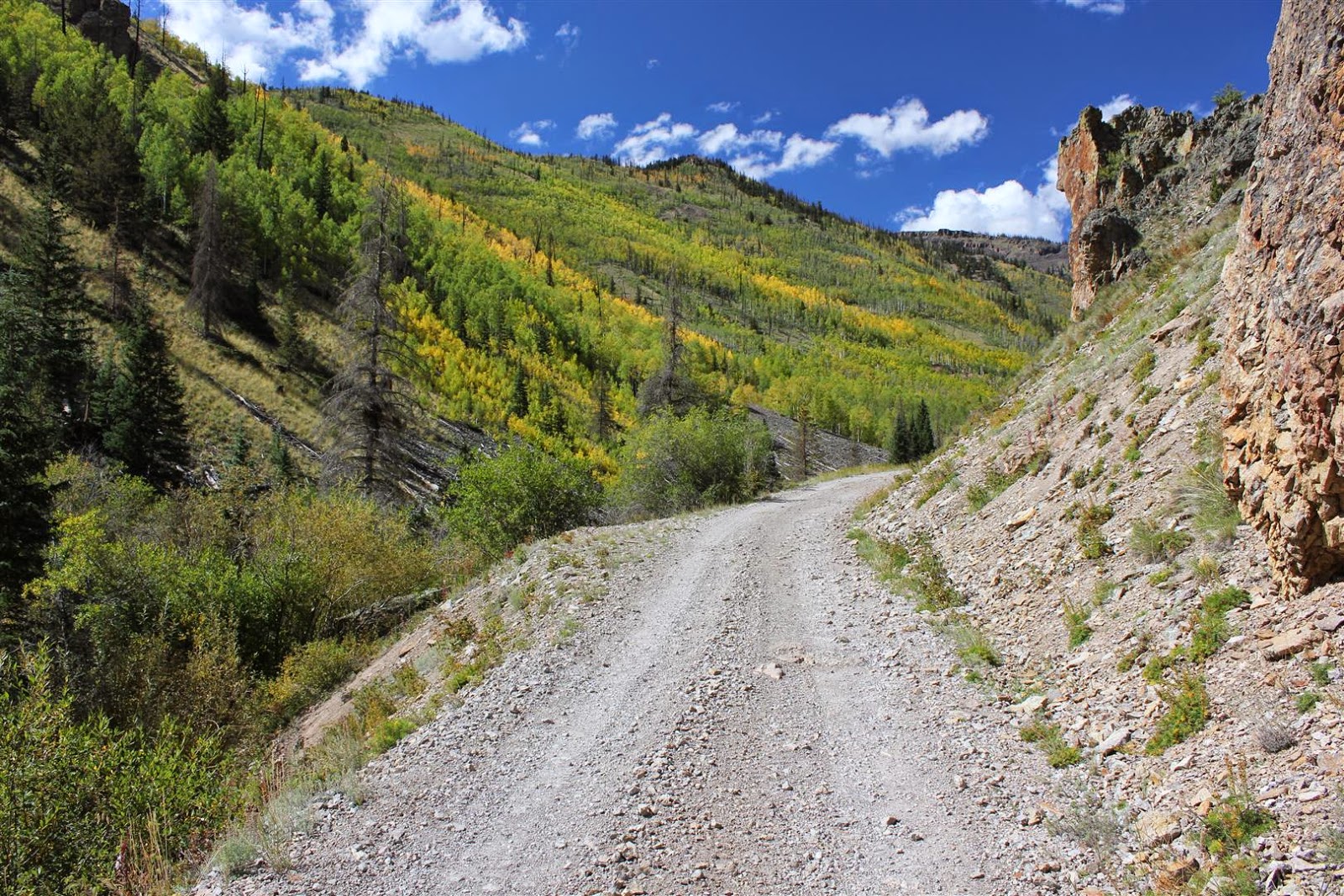 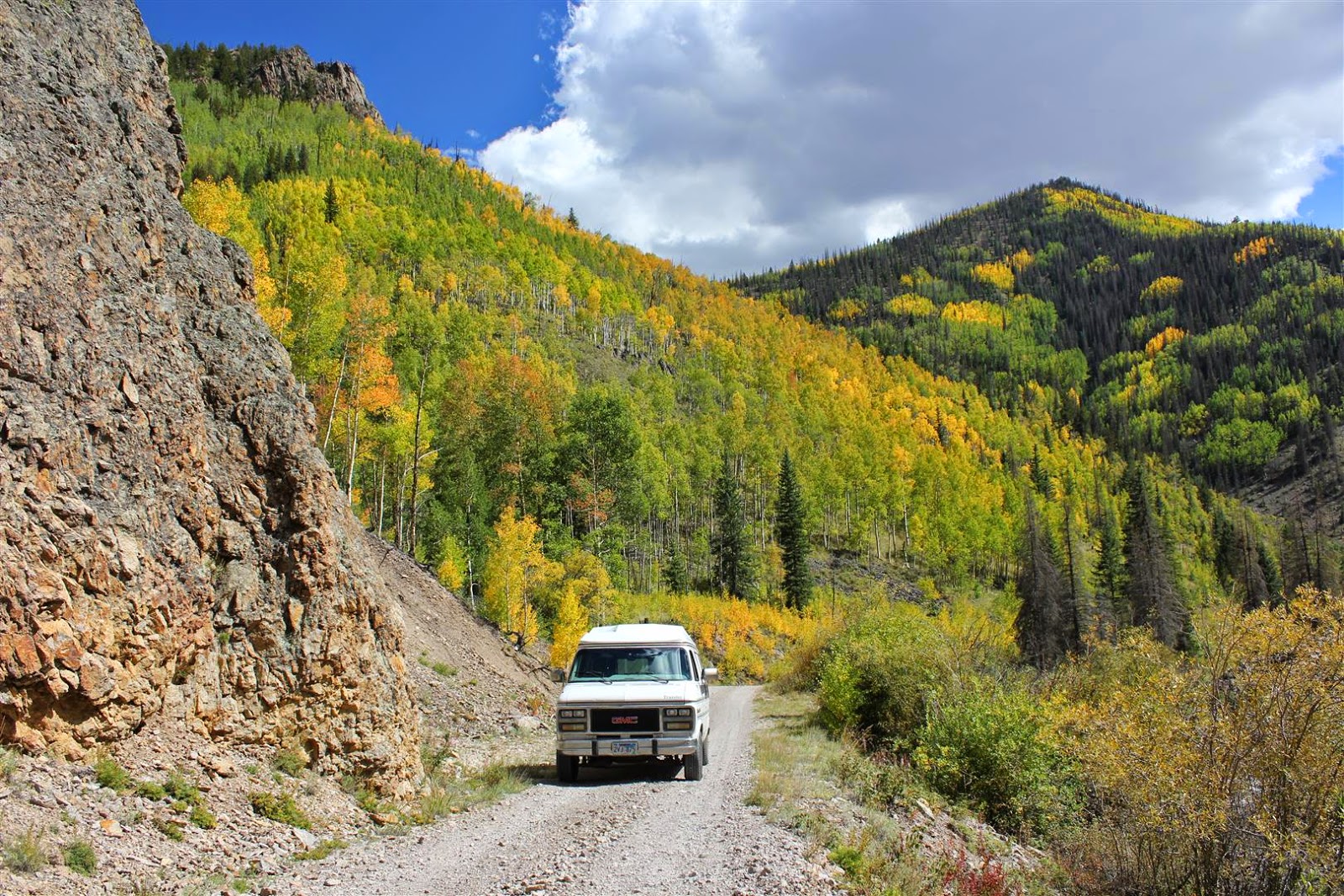 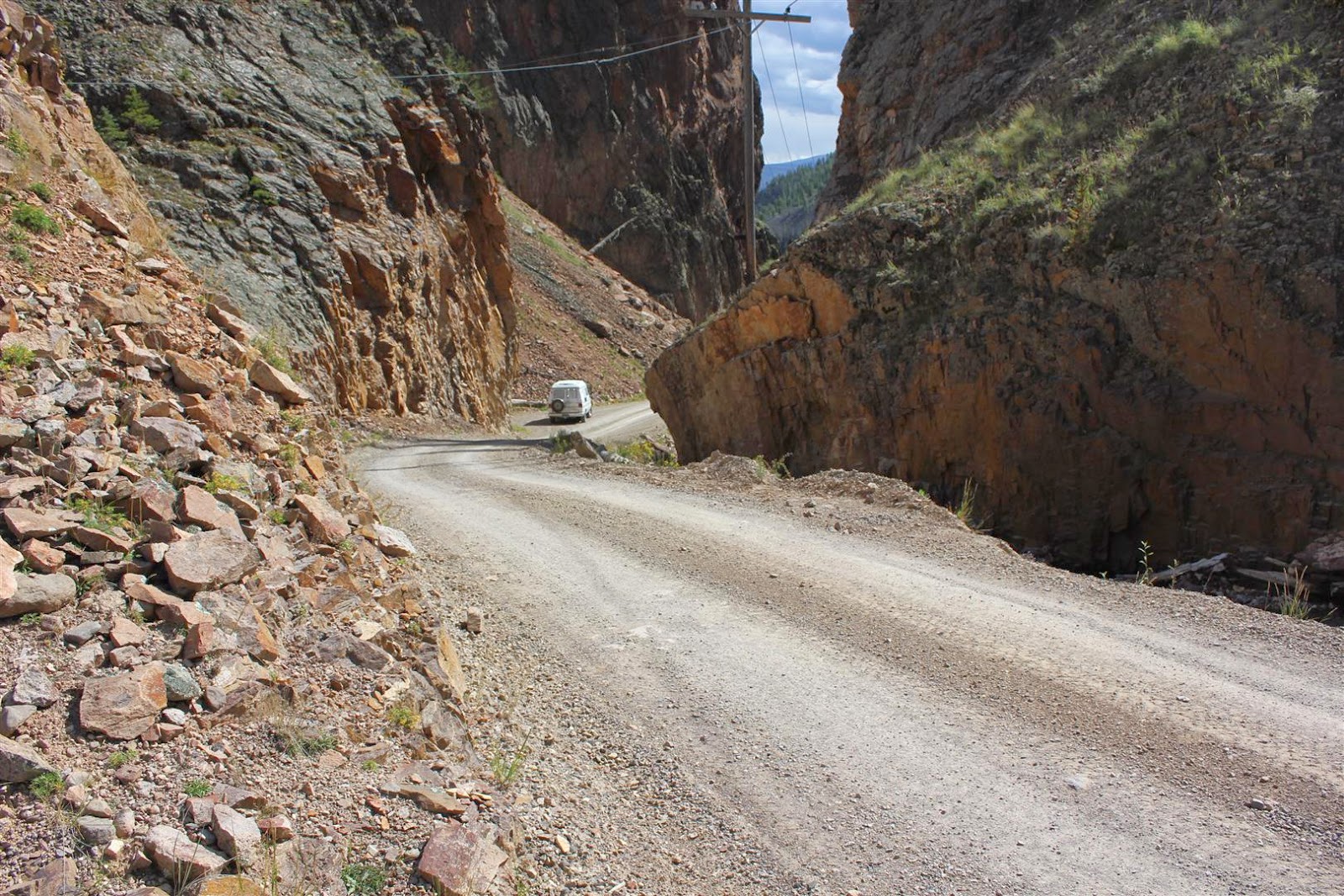 This construction carried a tramway to carry the ore down to the mill.
Imagine working on that slope to build this..... 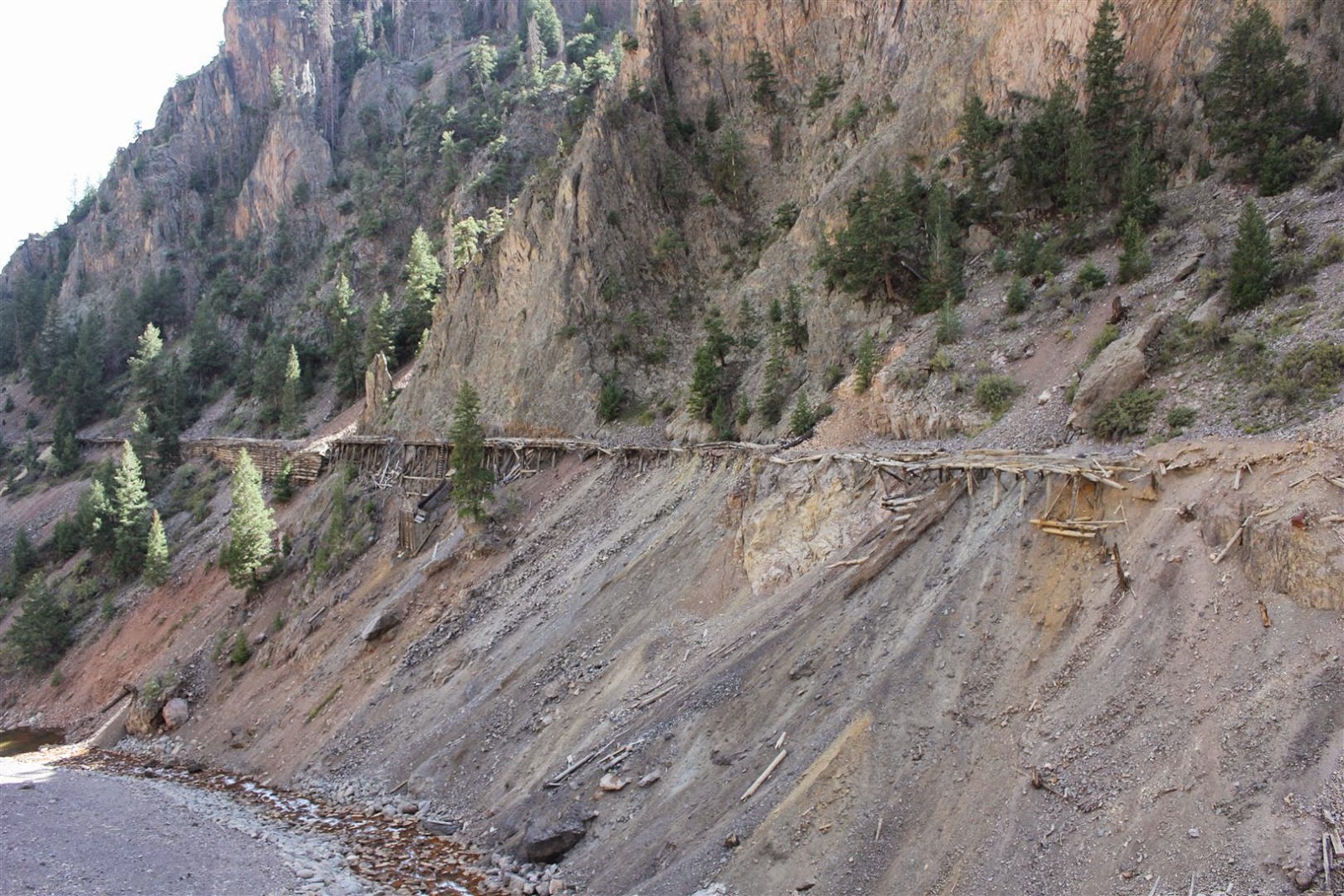 More constructions on a precarious slope.
Many of the mines were up on such terrain, very dangerous working conditions.... 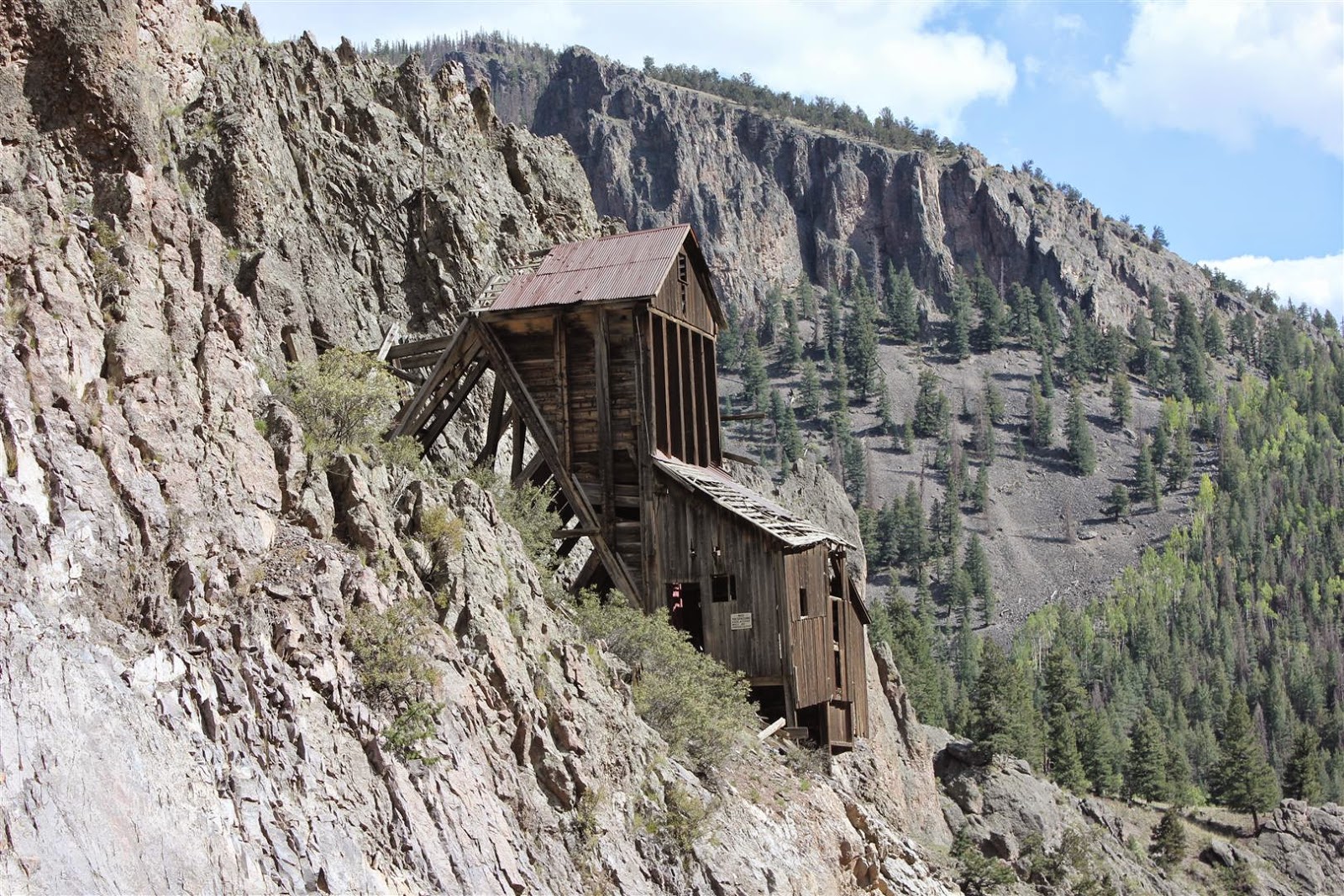 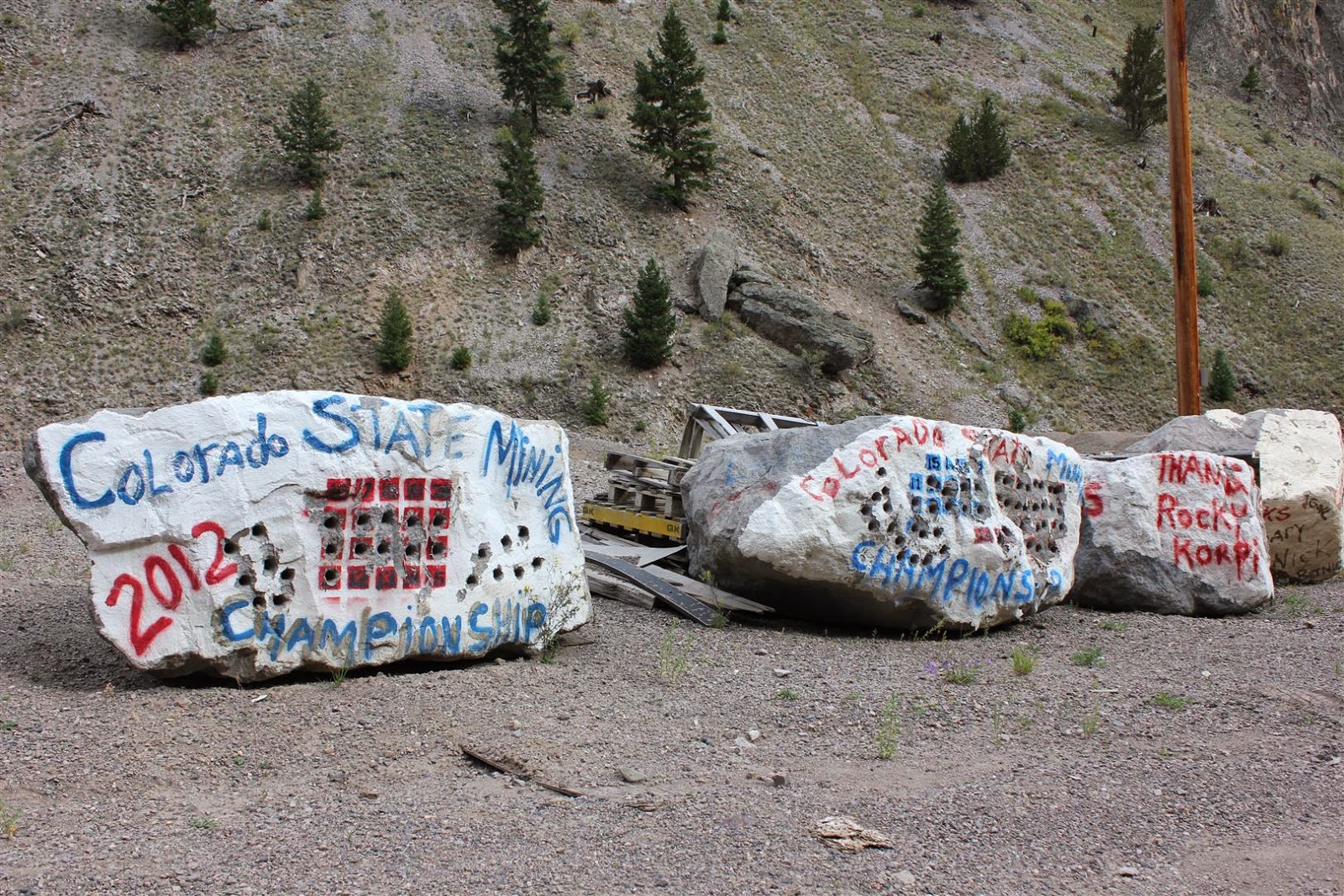 These are rocks that hard rock drillers have been using for competition. 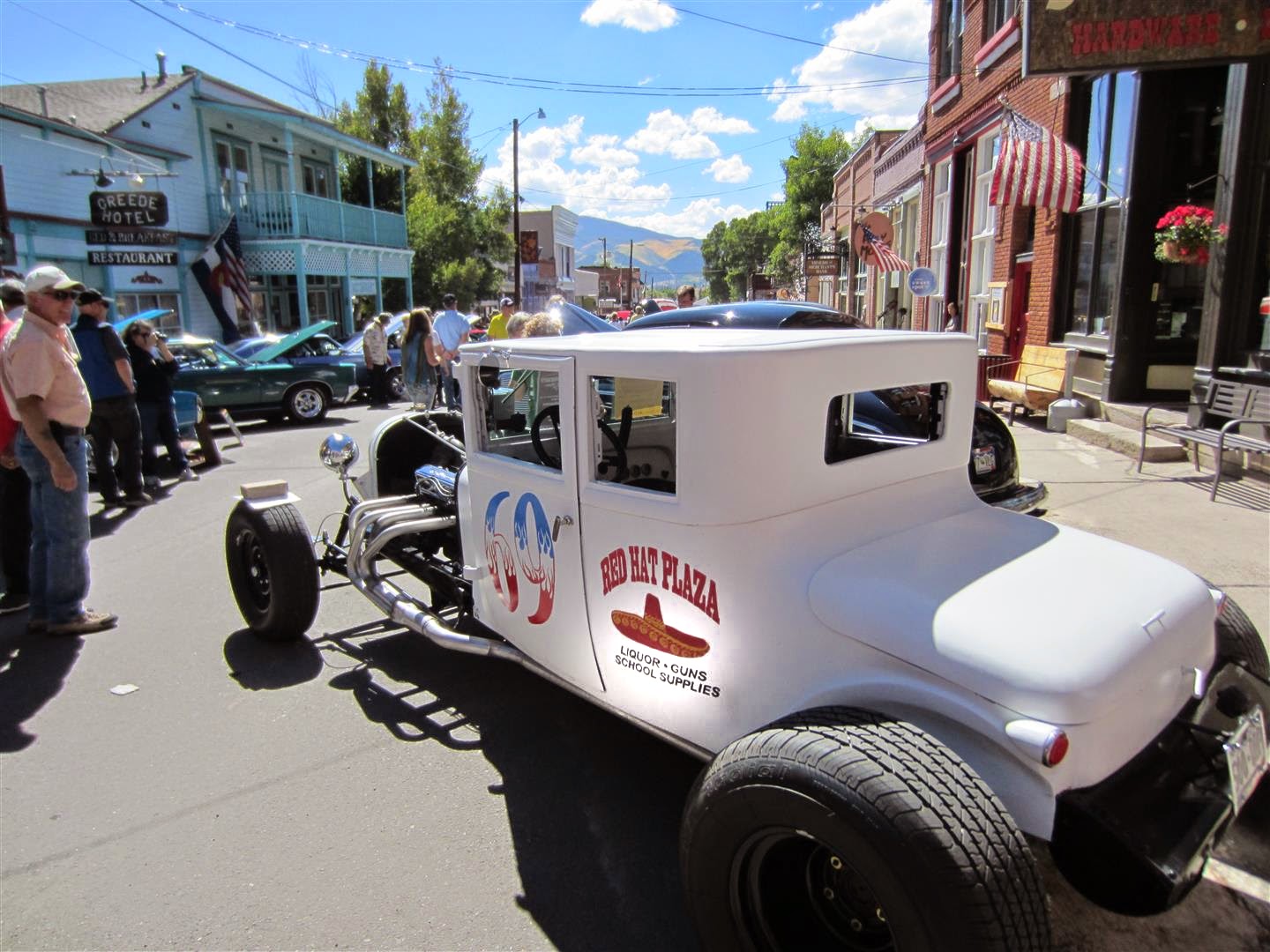 Next morning was clear and calm, and cold.
Frost on the wings..... 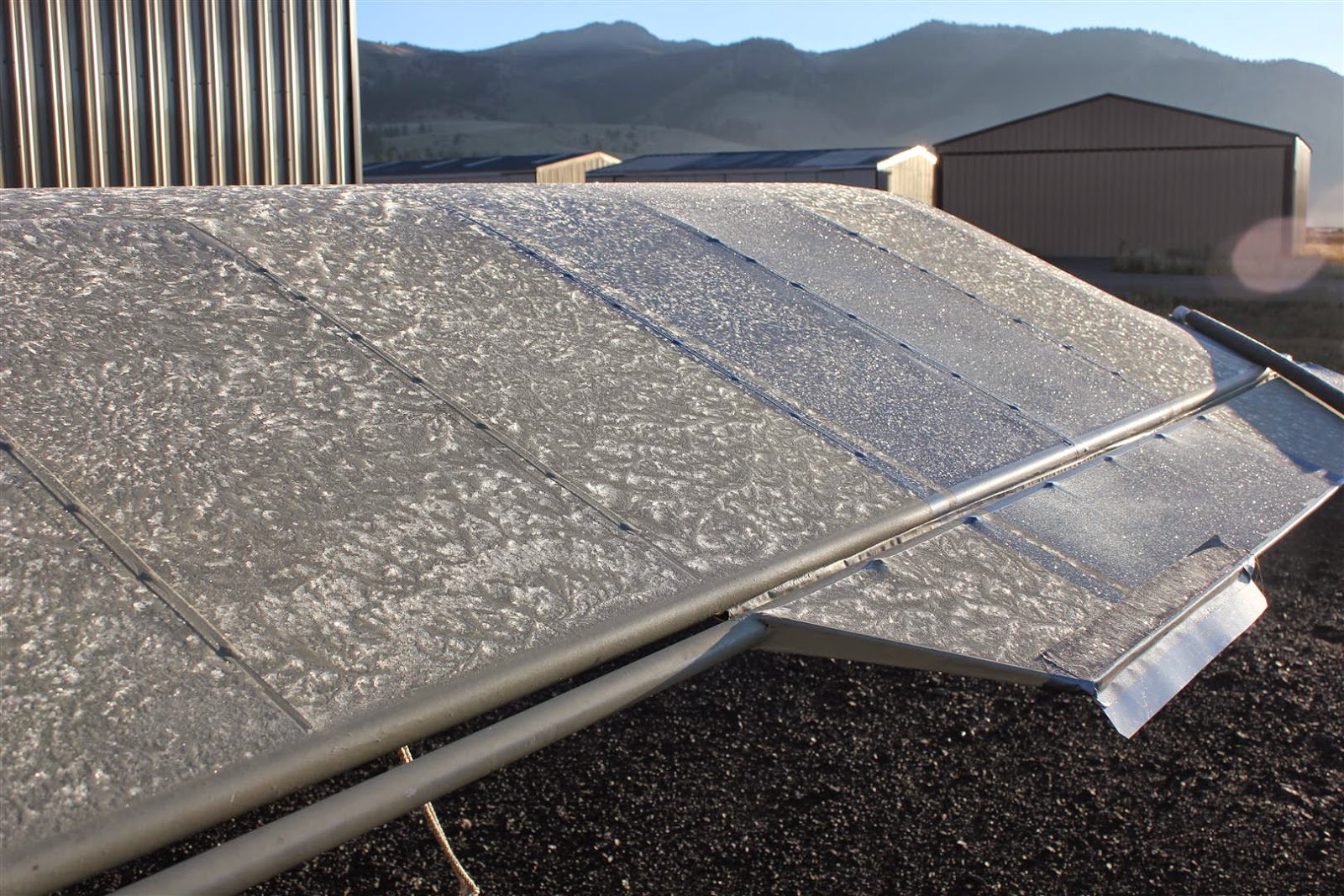 Creede airstrip is 6000 ft long, and in a wide open valley.
A good place to fly a 2-stroke ultralight.
But it's at 8700 ft altitude....
I'd never taken off from such an altitude before,
but this was an ideal place to try it.
No big deal, just a longer ground roll and lower climb rate,
but still plenty of performance for safety on a cold morning like this,
Wouldn't want to try it on a really hot day tho....
The little ultralight got up to 10,000 ft no problem,
but sure is cold up there...... 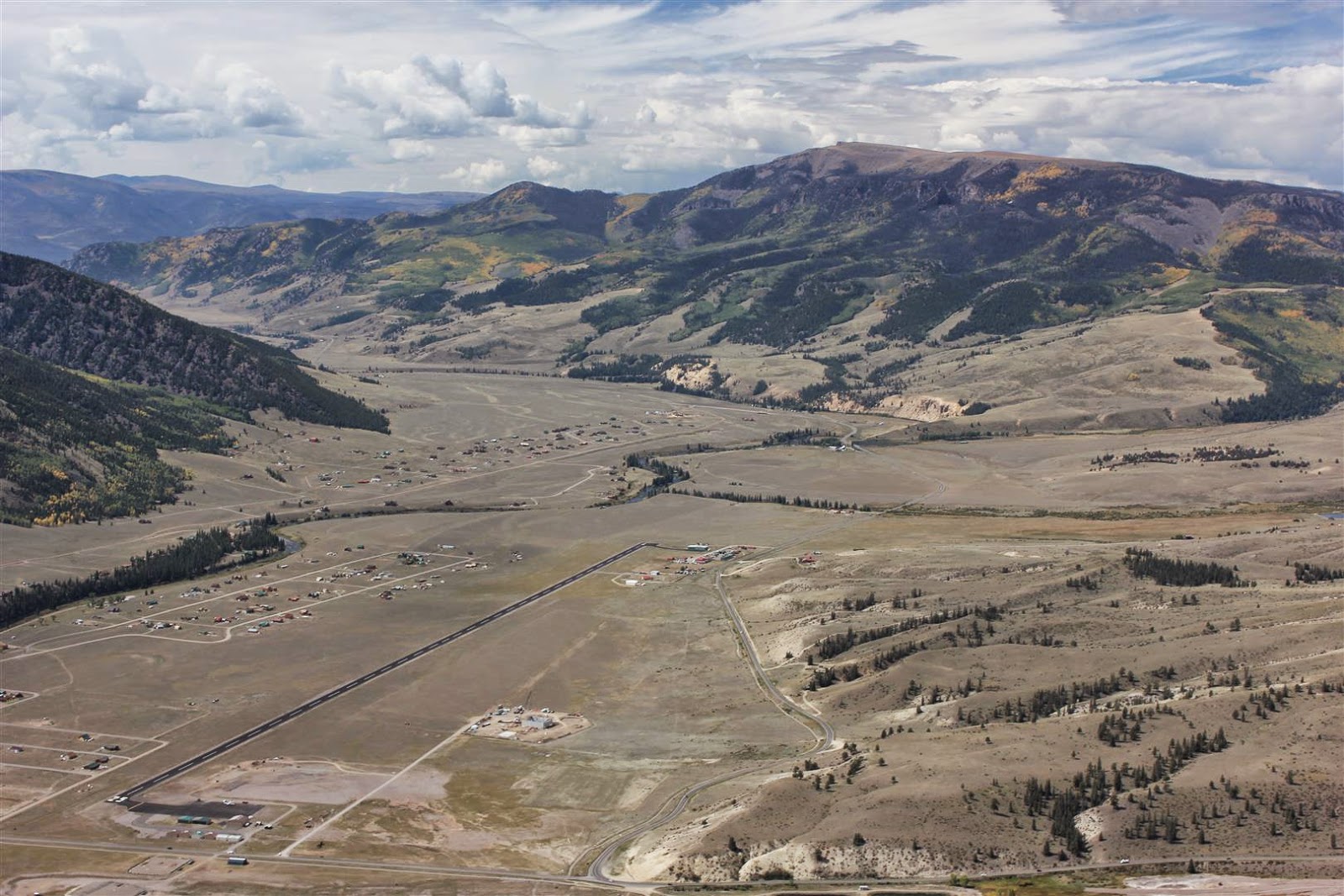 The little town of Creede, nestled in the valley.
Very nice weather now, but must be very severe winters at this altitude.... 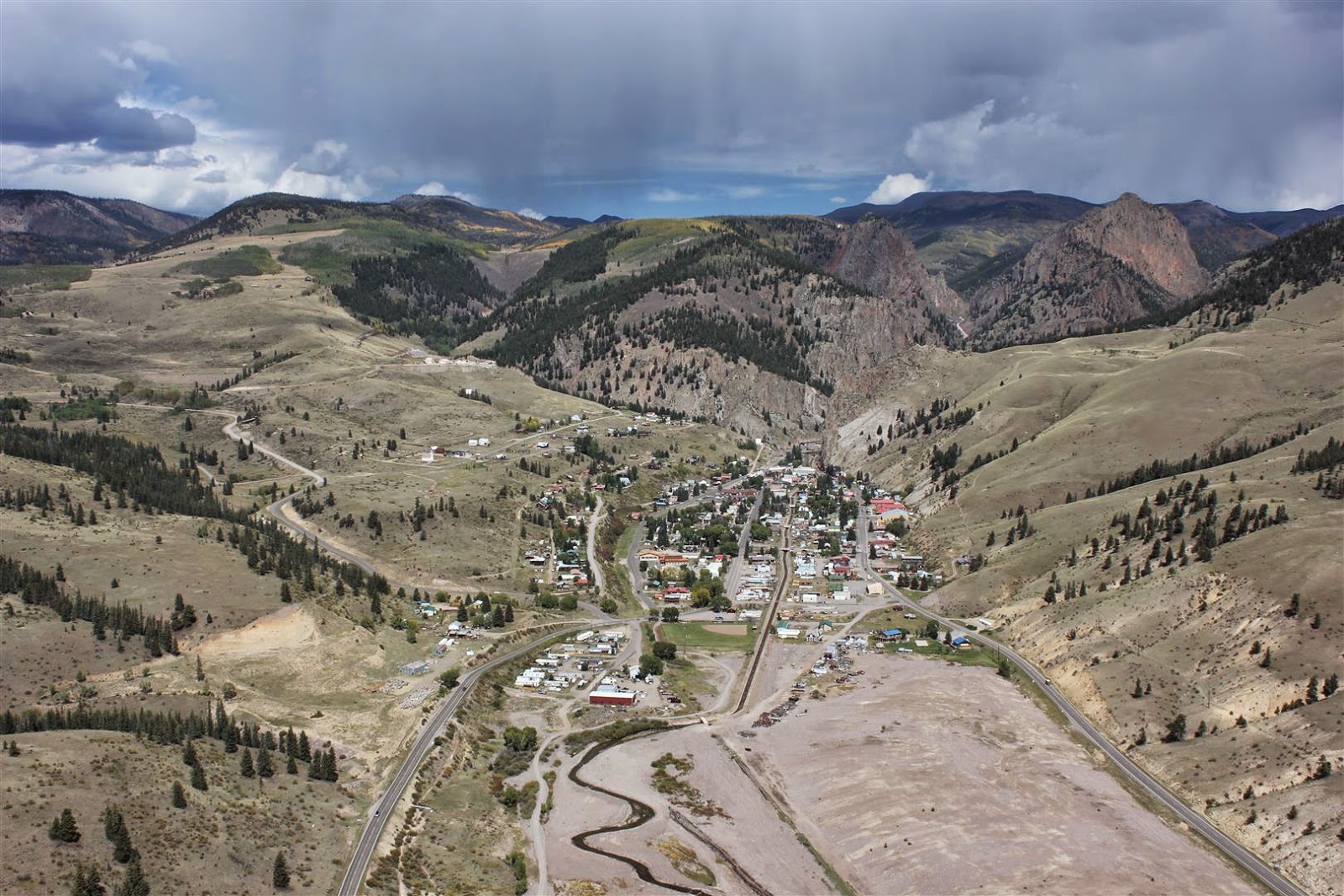 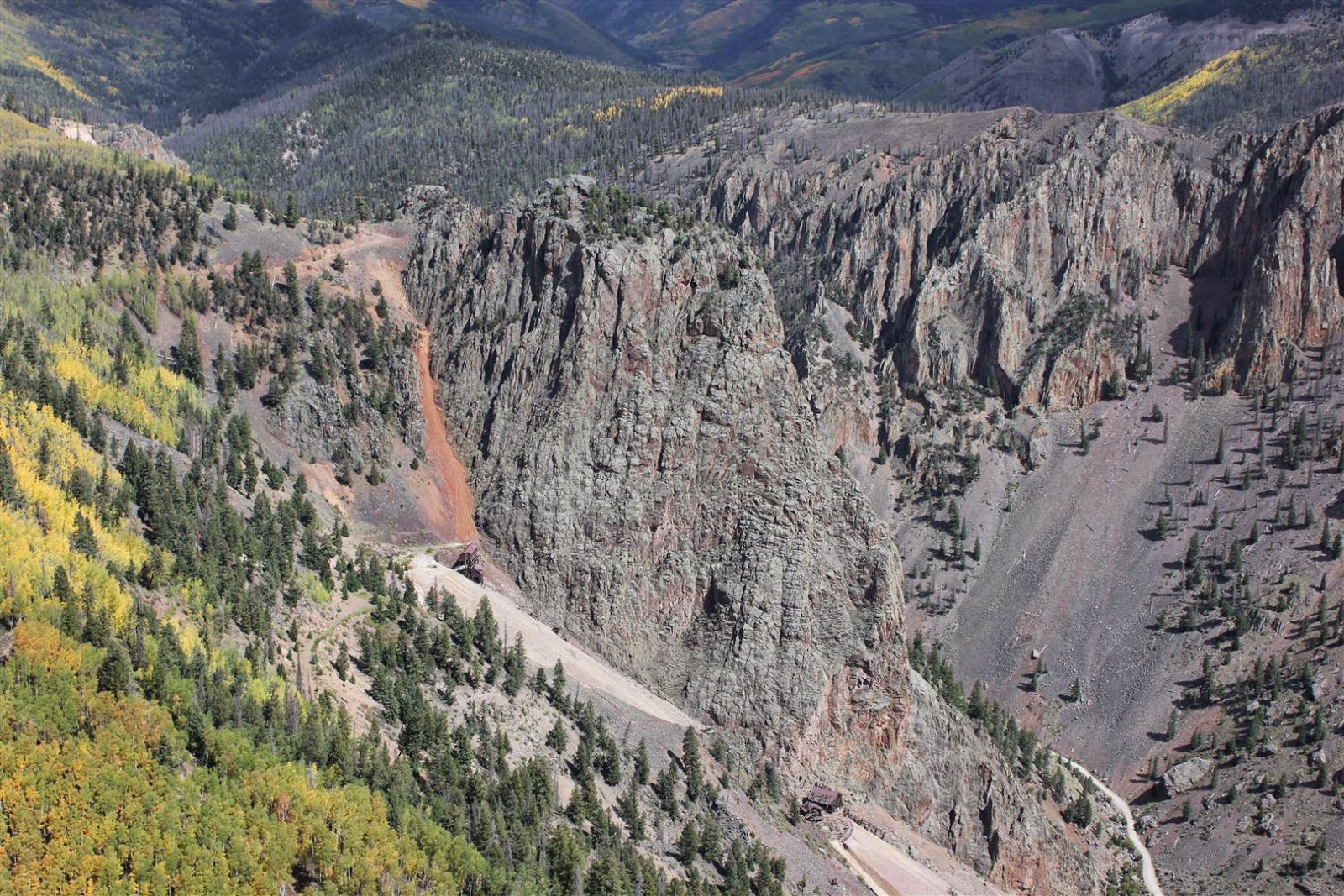 The remains of one of those mines on the craggy cliff. 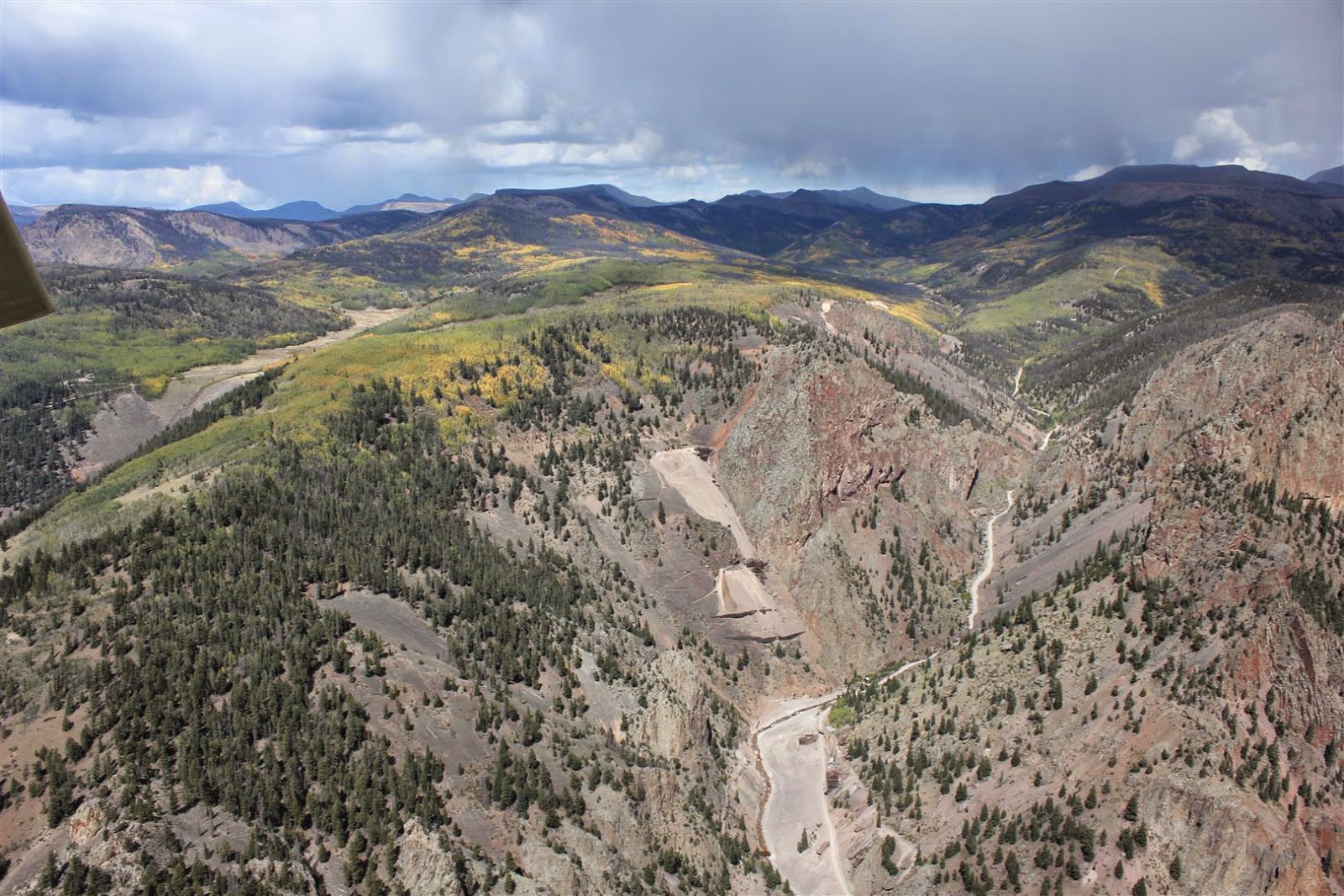 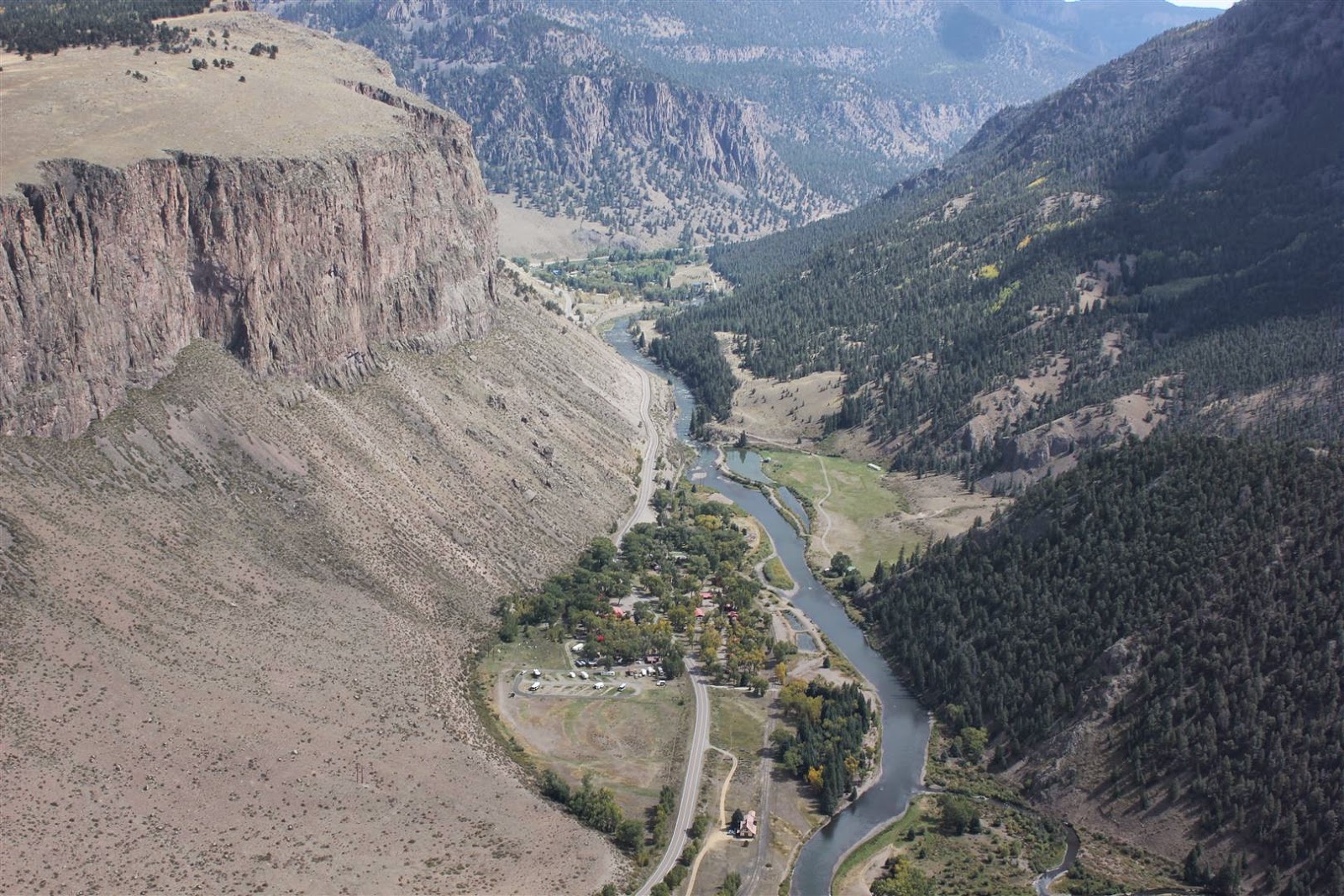 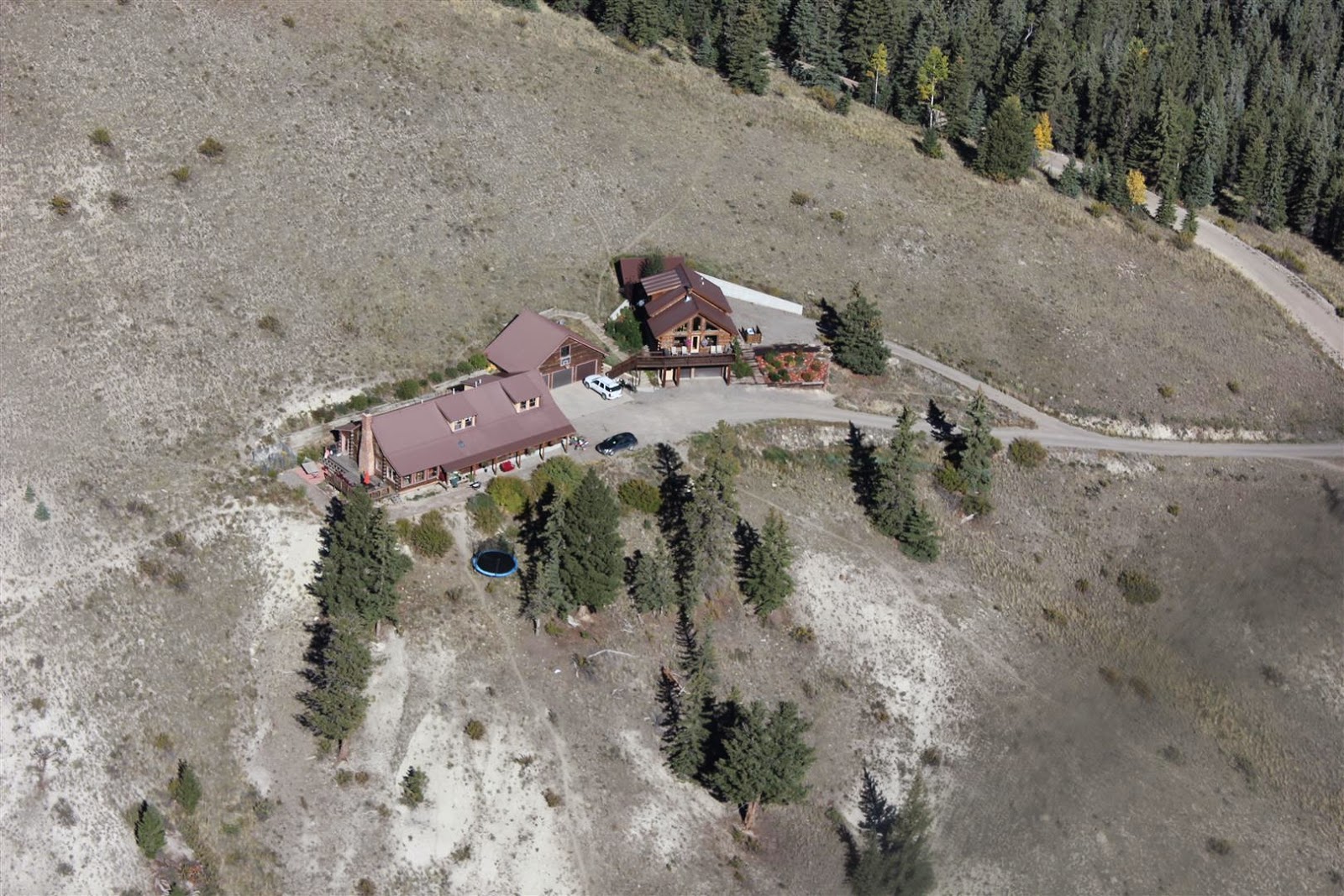 Lots and lots of fancy holiday houses all over.
Some Americans are still well-off.... 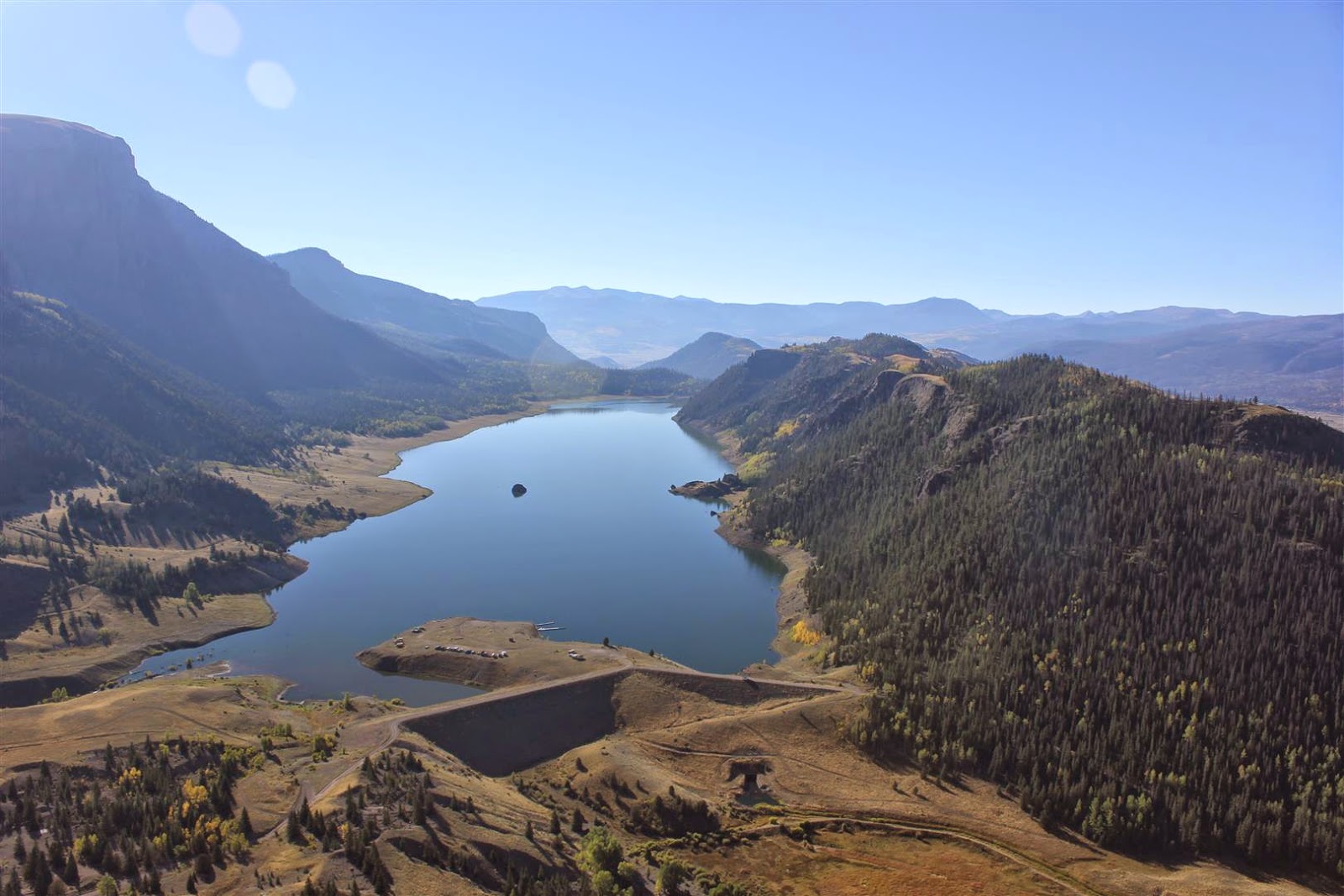 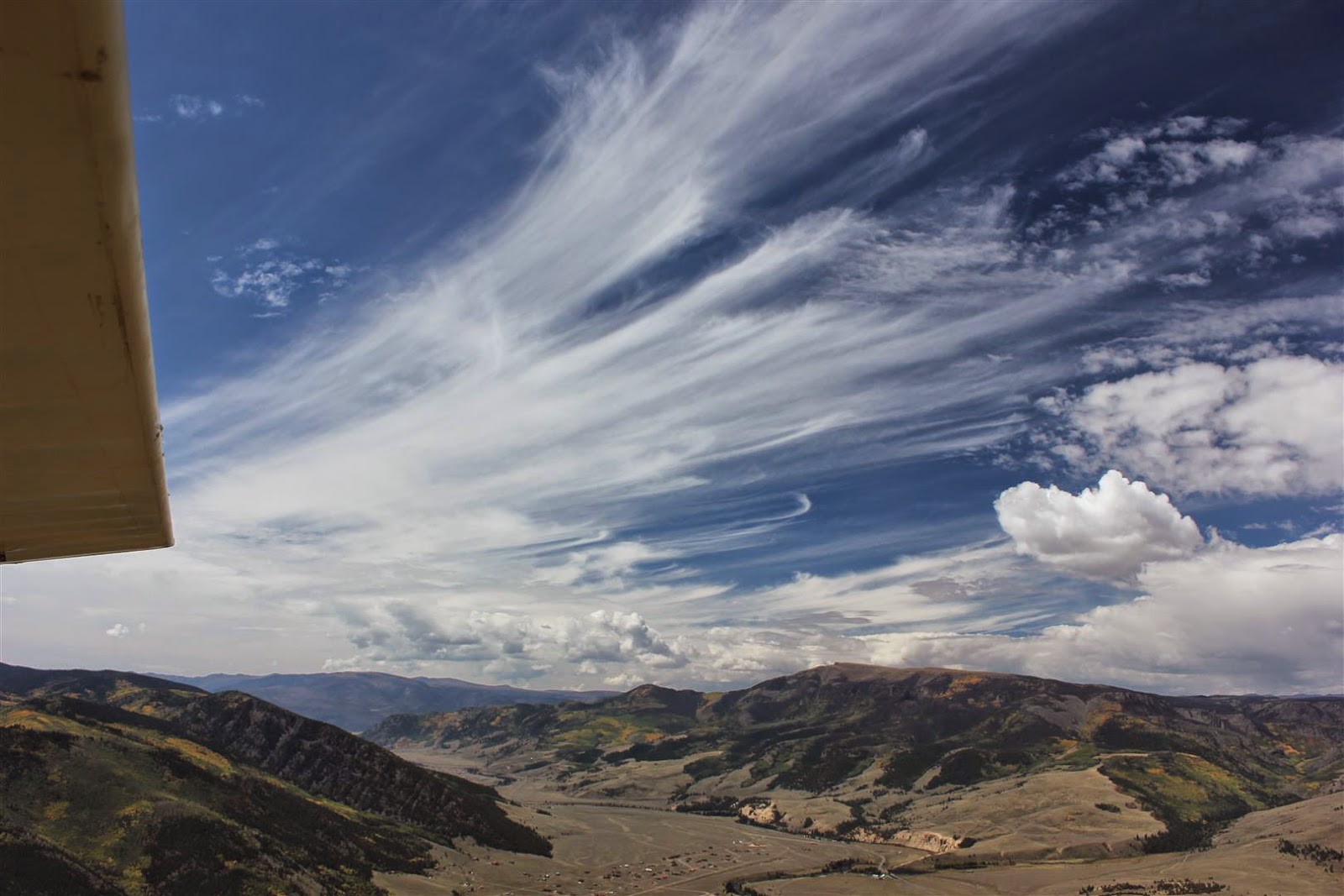 This cloud shows that a change in the weather is probably on it's way....

It had been perfectly calm for the whole flight,
but just as I went to land at Creede,
a strong, rough, cross-wind blasted down from a storm way up on the mountain.
So it was a 'whoop-de-do' landing, but managed to set it down OK.
Was feeling very relieved and satisfied,
but then when I was taxiing back,
a stronger blast of wind blew the tail around 90 degrees instantly,
and sent me off the runway and down a steep little bank....
Couldn't correct it, so steered straight down the bank to keep from tipping over,
Ended up down in some rough ground but managed to keep rolling on through it,
powered past some surveyors who didn't seem to even notice.....
Bounced along until I could find a shallow bank and back up onto the runway.
Tied down behind a big hangar for shelter,
then went to find a good hot breakfast, and thaw out.....

A terrific start to the day!
This is what adventure is all about!
Coping with the unexpected keeps me alert and vital.....