Drove the 'Arizona Strip' across to Marble Canyon.  The 'Arizona Strip' is the land isolated from the rest of Arizona by the Grand Canyon and Colorado River canyons, so it's really more tied to Utah than Arizona....  That road goes from the open desert, up to 7900 ft where it's a contrasting cool tall pine forest, then back down to the heat of the barren desert again, very spectacular road!

Got to Marble Canyon just in time for another flight.  Some difficulty getting permission from the resort owner to use the strip, but persistence does pay off.... 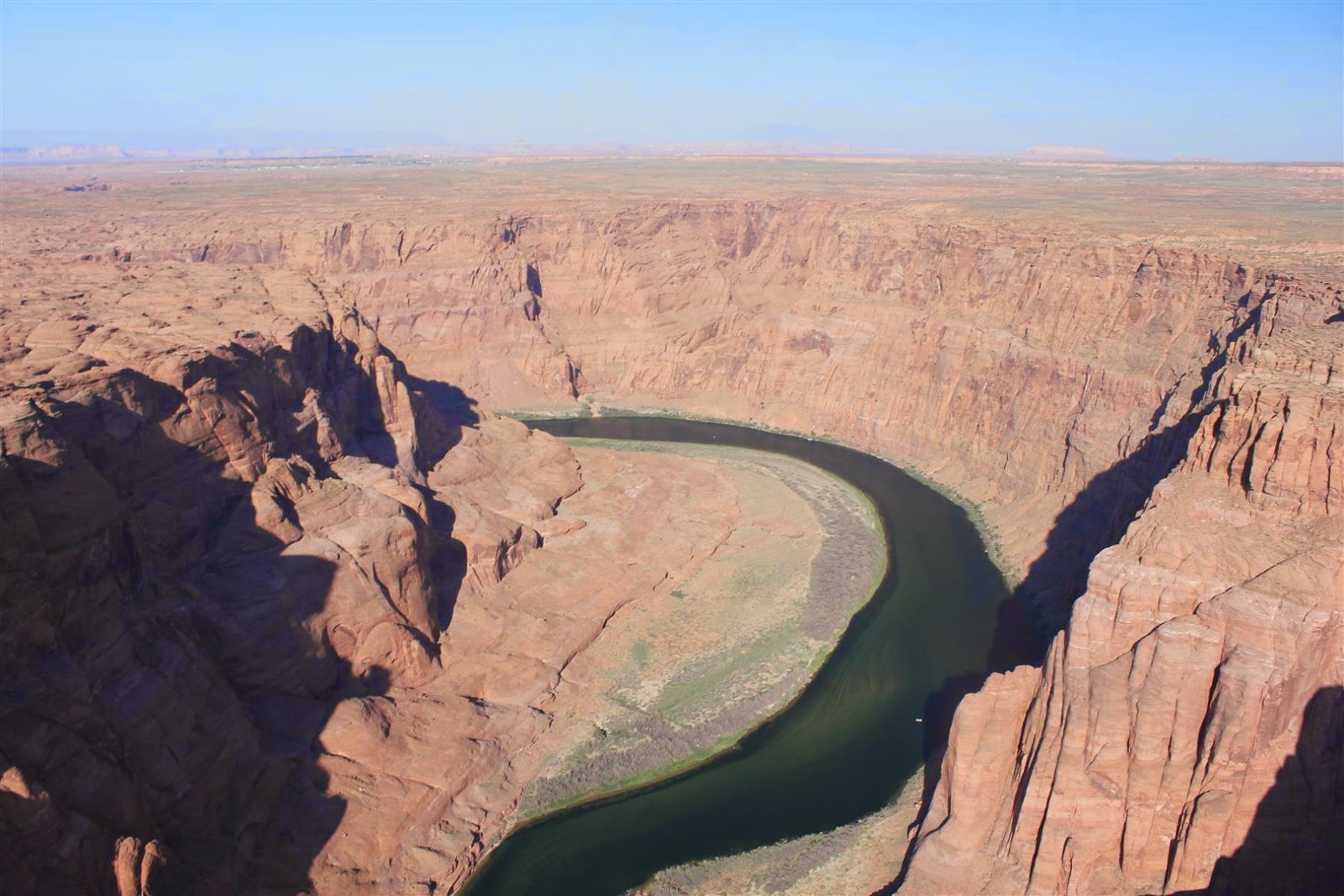 The Colorado River, deep in the gorge. 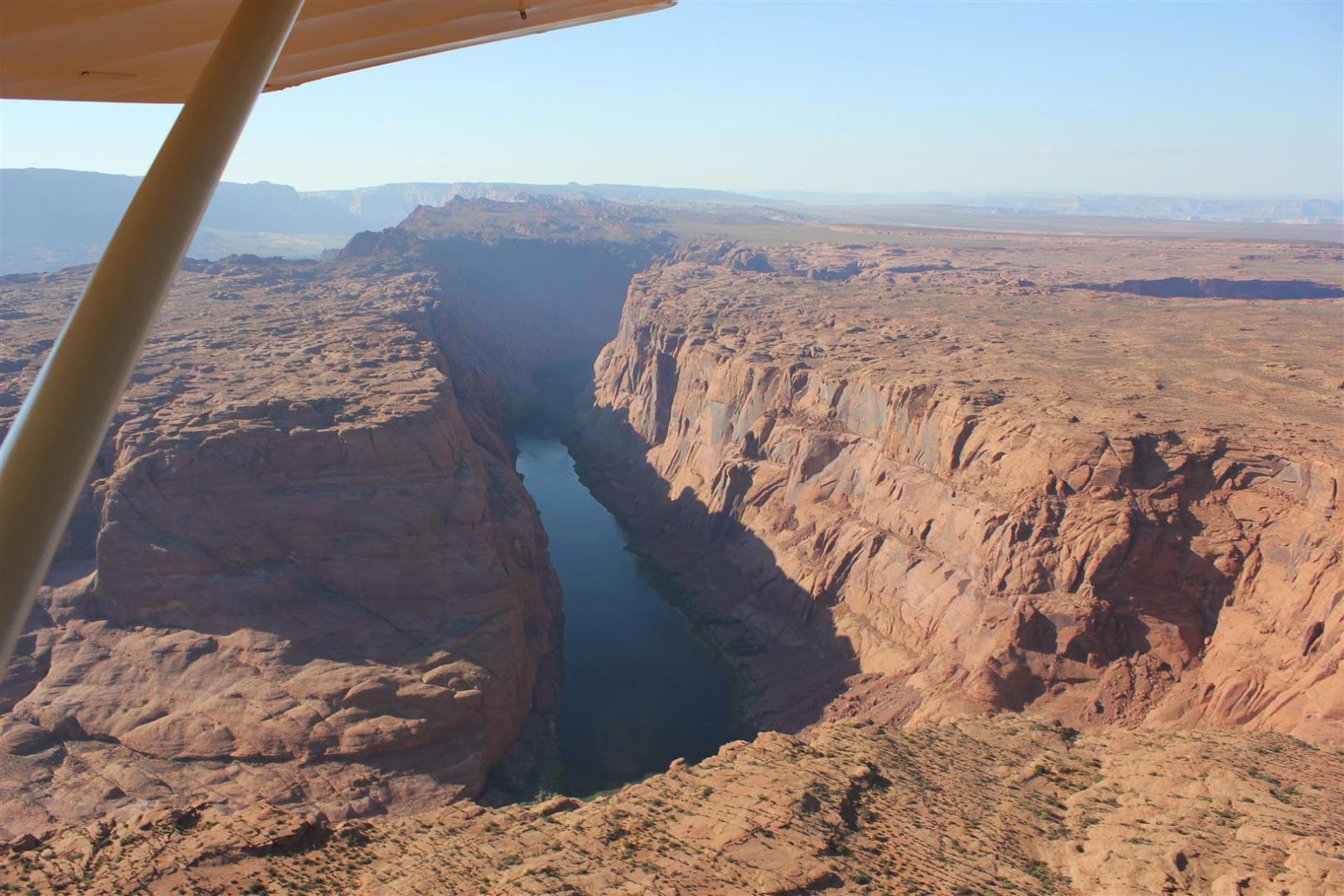 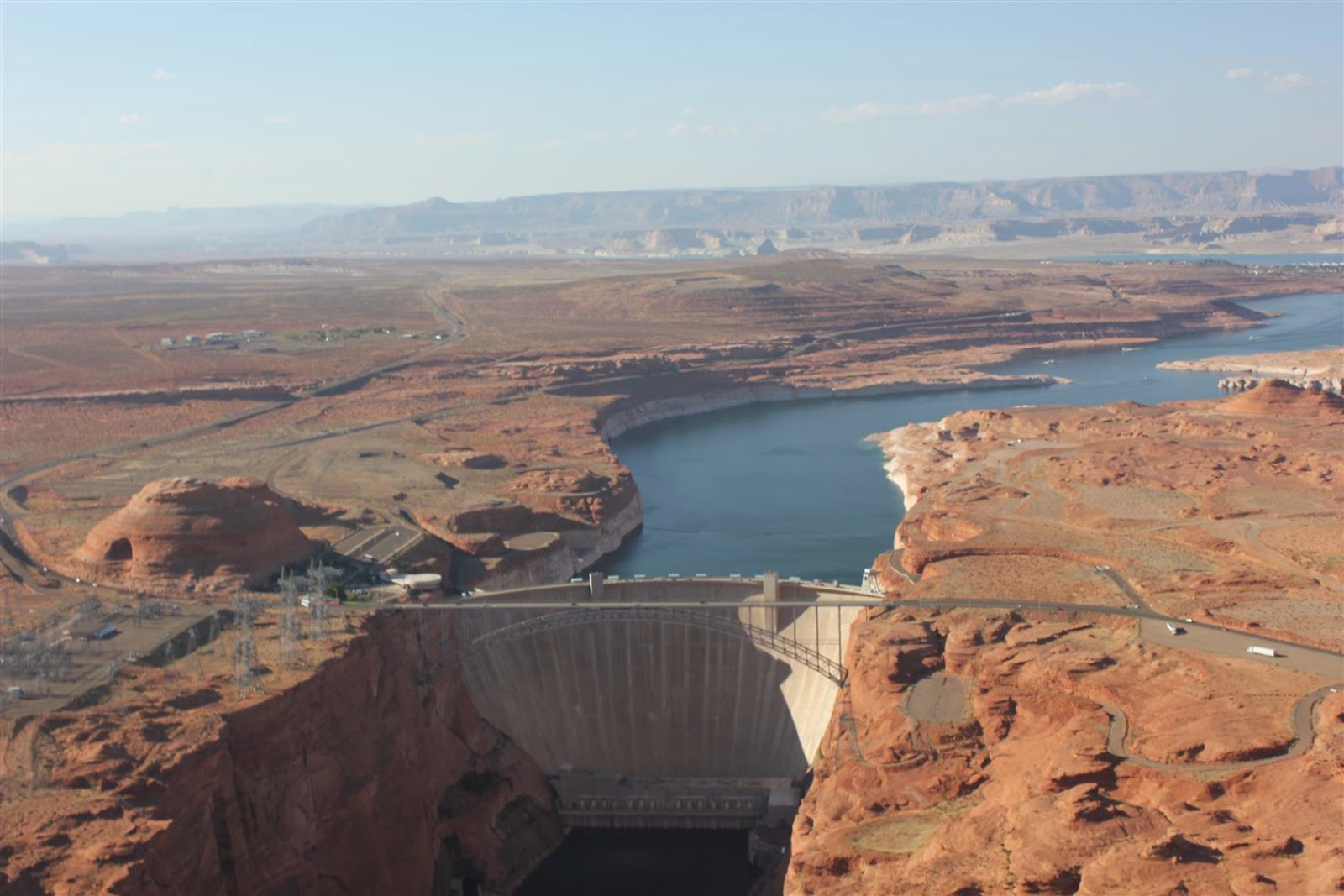 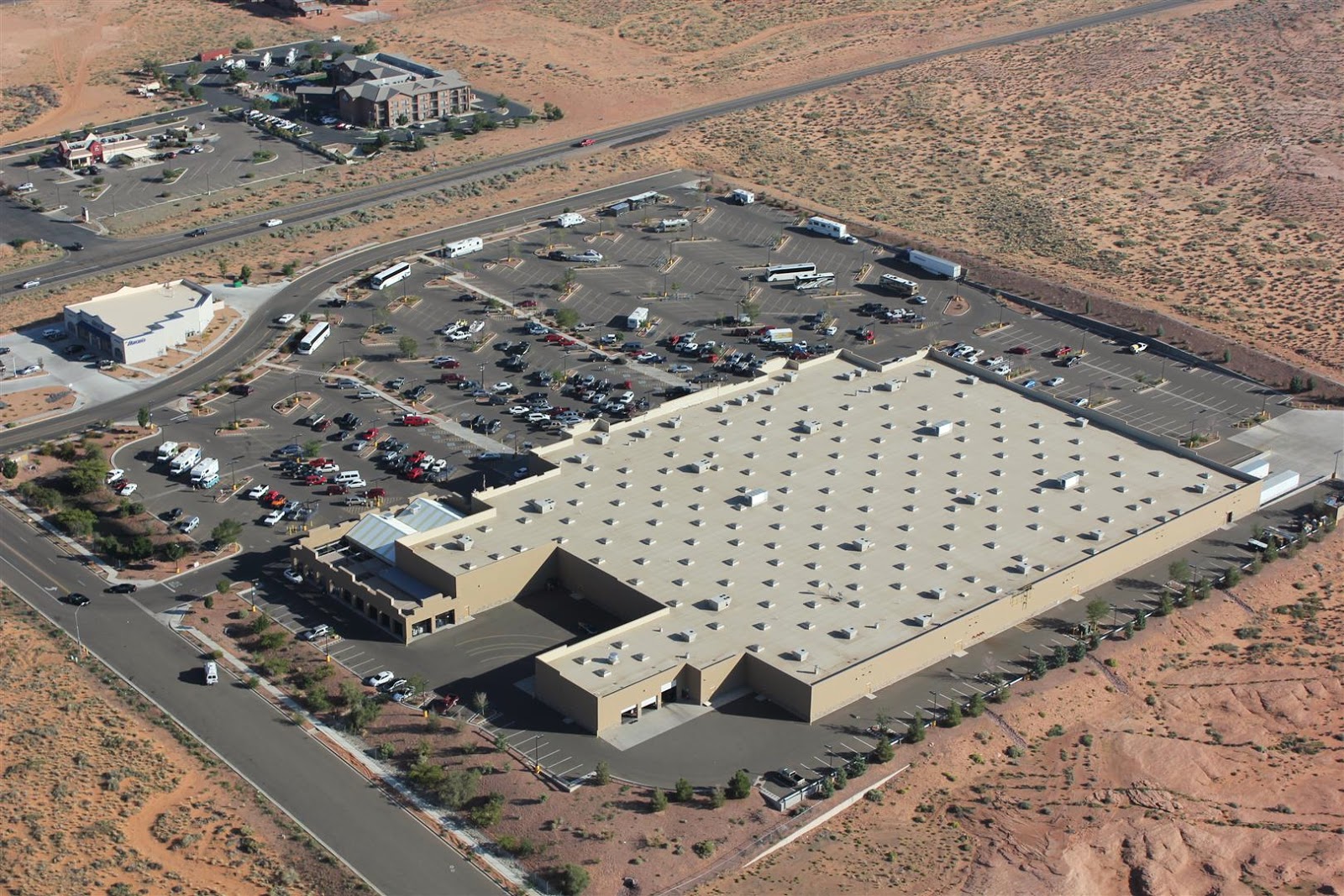 Walmart at nearby Page
Lots of RVs camped down there. 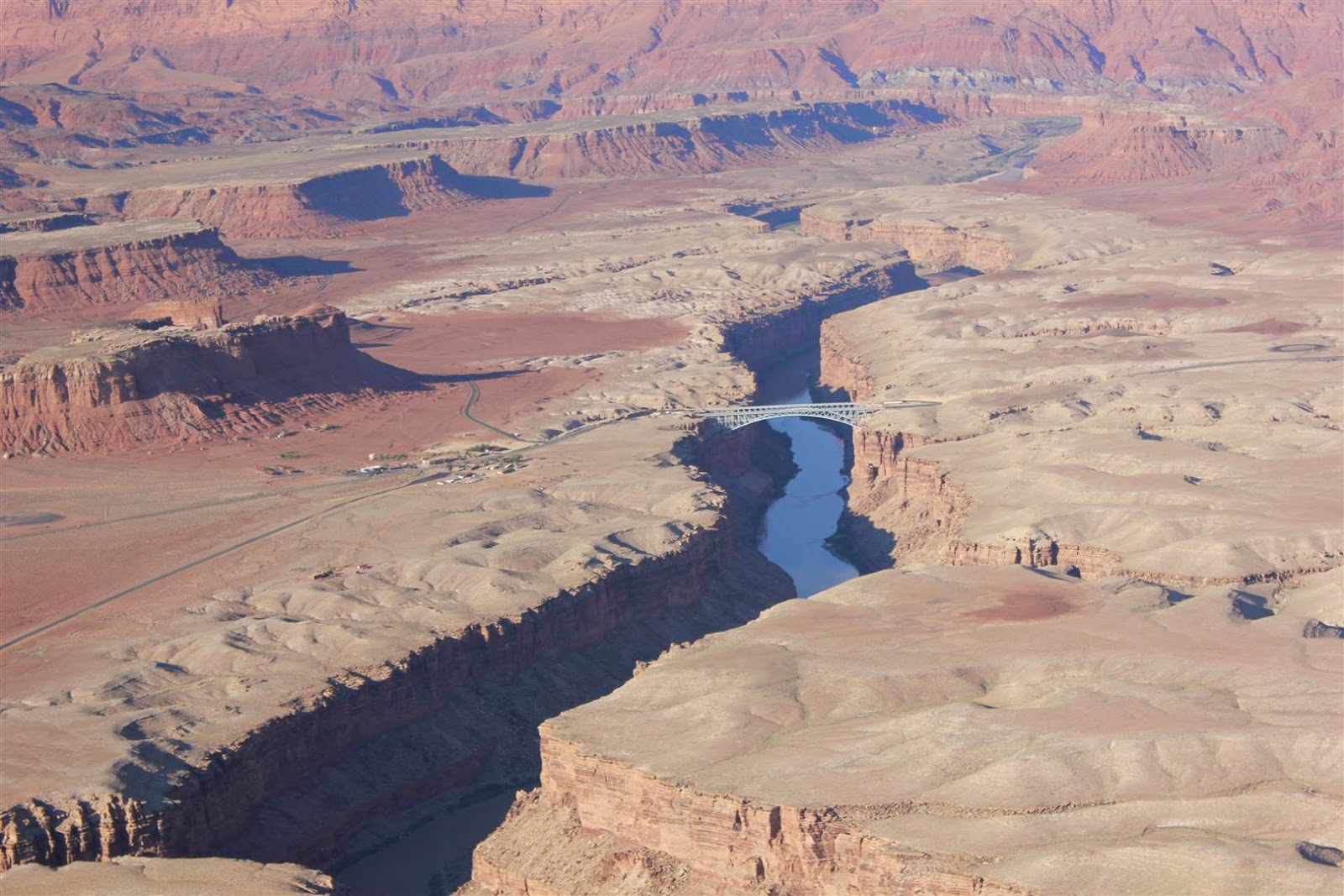 The 'Navajo Bridge'
Marble Canyon airstrip to the left. 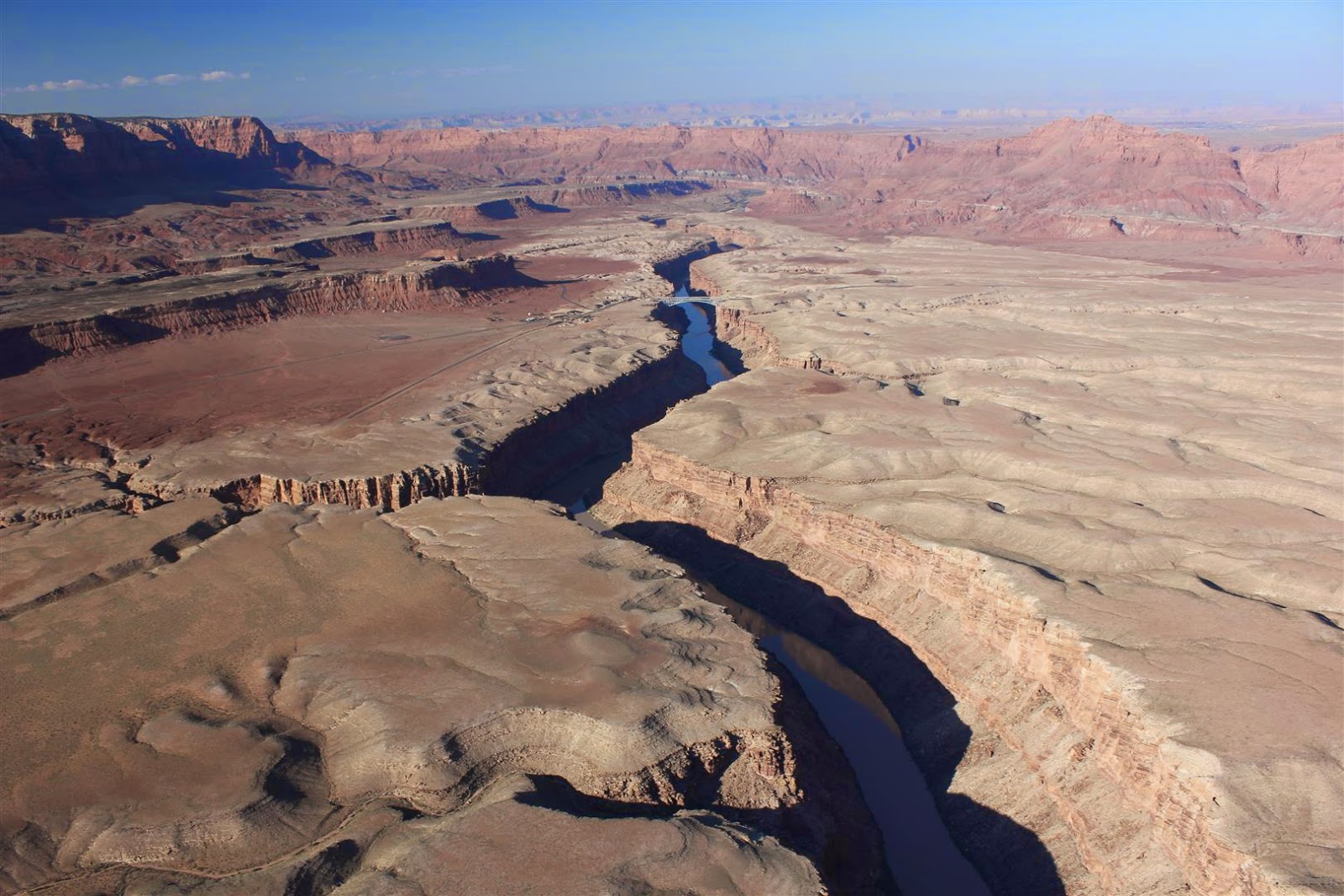 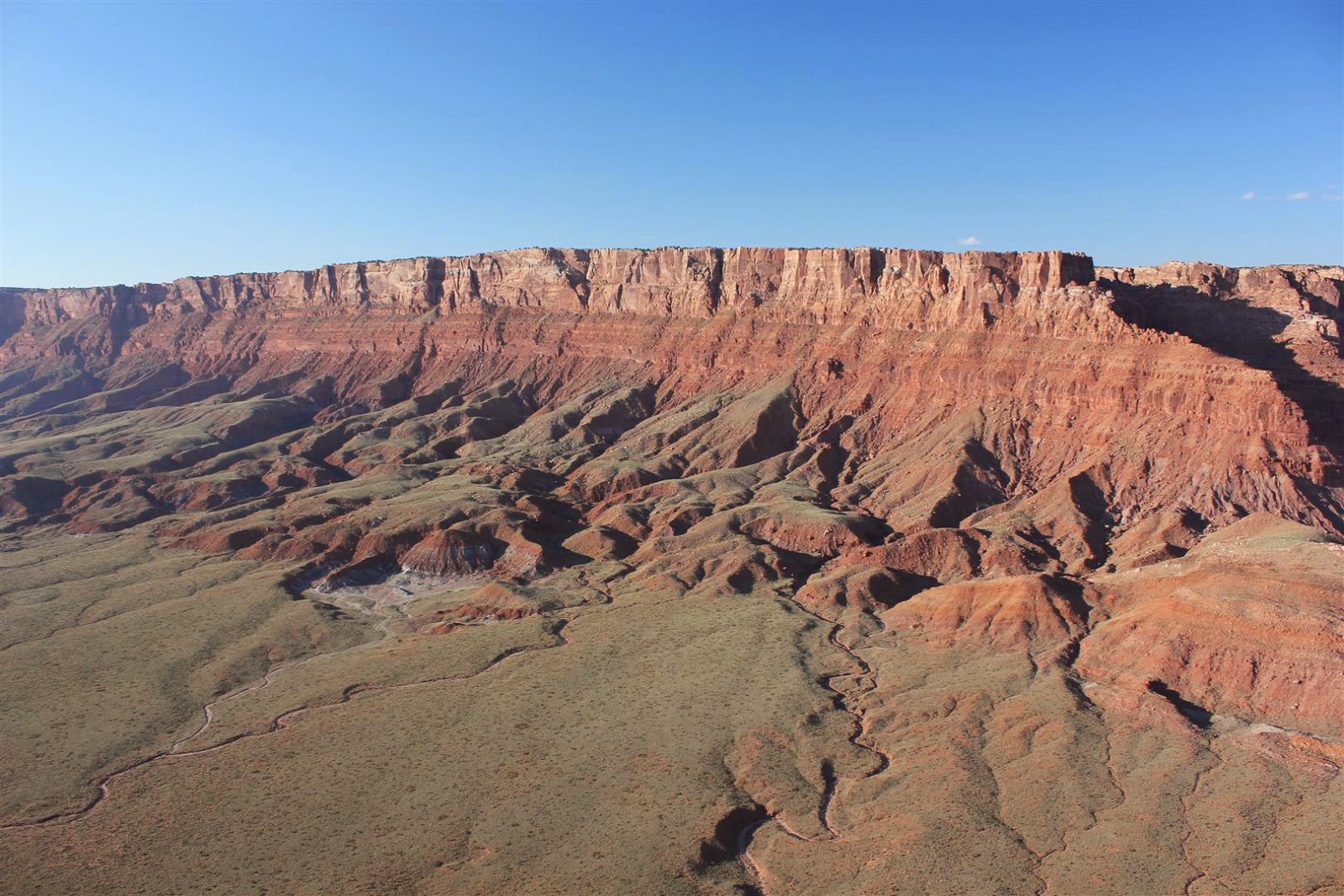 The sun was setting by the time I finished packing up.  Hit the road for Page to visit that Walmart lot that I'd seen, but the main road was closed, and the detour very long, so gave up on it.  So was soon caught heading south on a very busy hwy 8,9 in the dark, no chance to find an off-road camping spot.

I don't like camping near busy highways, cause there's more chance of unscrupulous characters finding me there......  Paused at a gas station at The Gap, and saw such characters hanging around that time of night.....  By then, coming up to the hwy 160 turn-off, and remembered that in 2012 I had pulled into Tuba City airfield, just along that road.  And there it was!, just far enough off the highway to be out of sight.  And something about airfields tends to keep vandals and strays away.  Pulled in right under the rotating beacon and had perfectly quiet night.  And really needed it, after 4 hrs flying, packing and unpacking twice, and driving in the dark against glaring headlights......