Friend Steve lives in Minnesota, but keeps a Super Cub near Moab.  Fortunately he was out here just when I was around, so I looked him up.  Steve's a dead keen bush flyer, and knows all of the many unused bush strips around here.  Most were built for the uranium mining boom around here in the 1950's.   The 'Utah Back Country Flyers Guide' lists about 80 such strips, and Steve helped compile that guide.

It was a day of perfect weather,
so away we went. 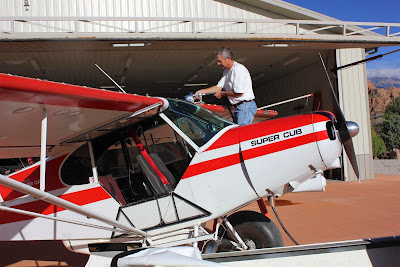 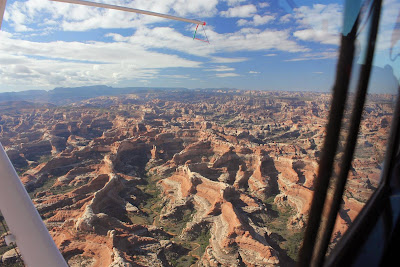 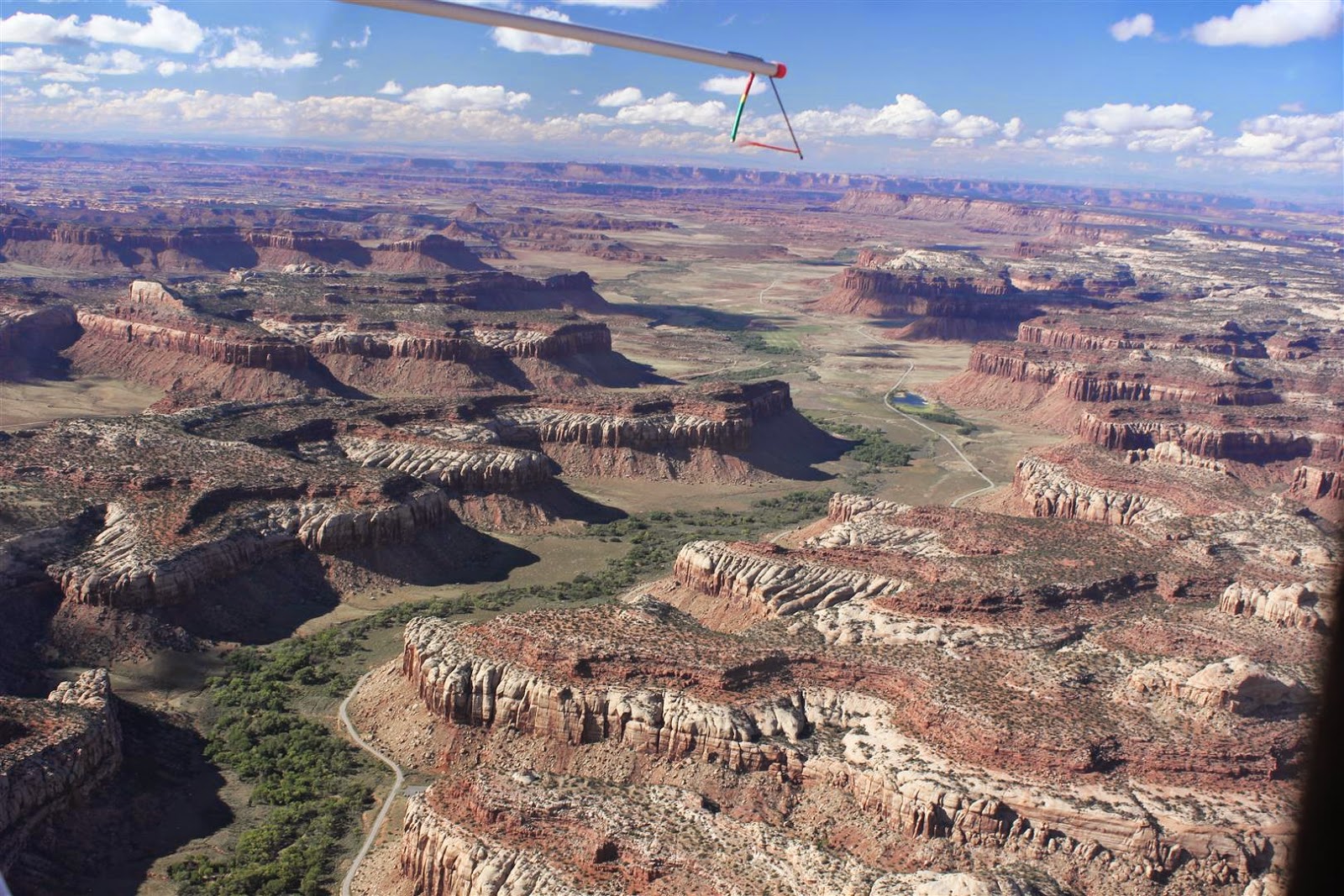 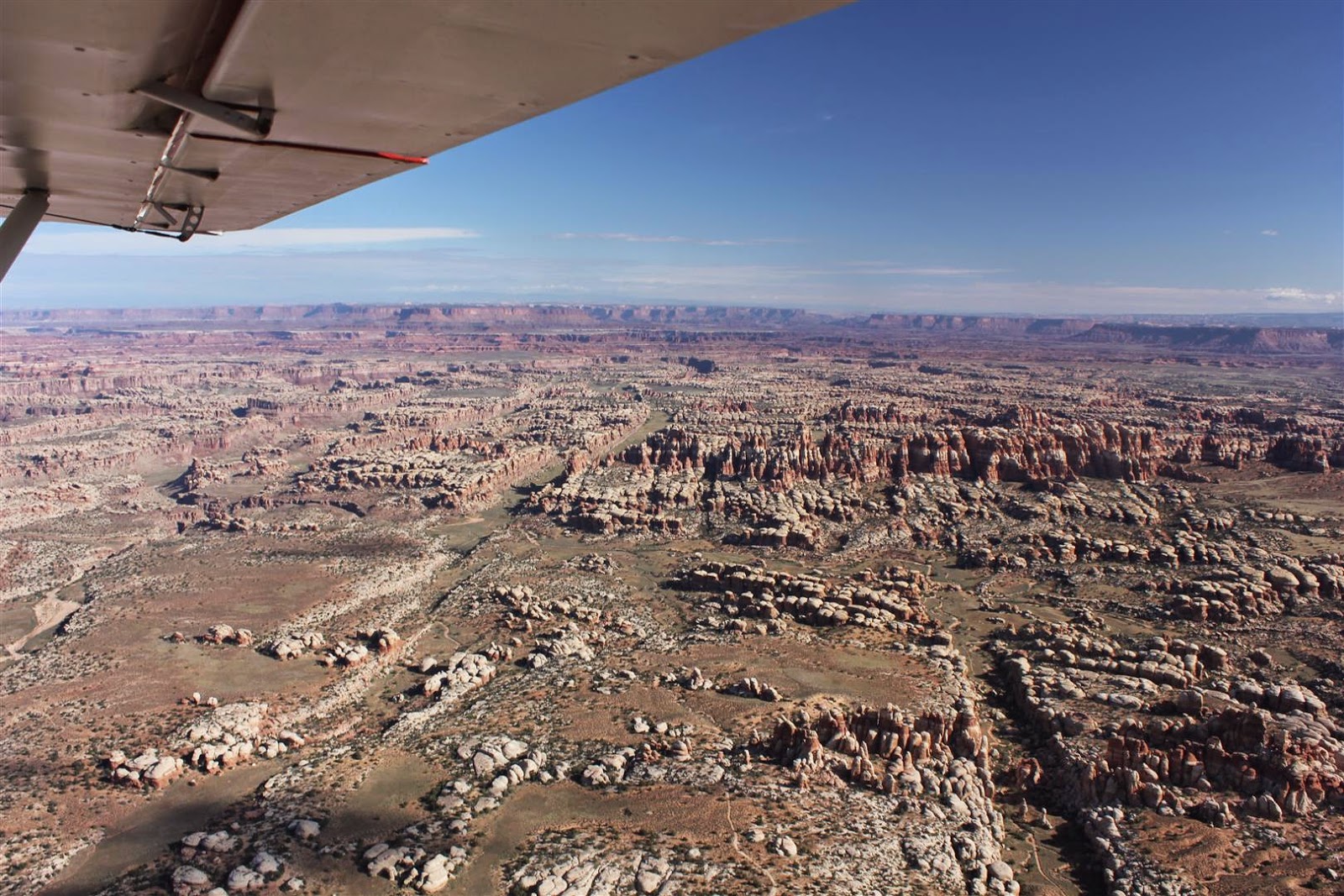 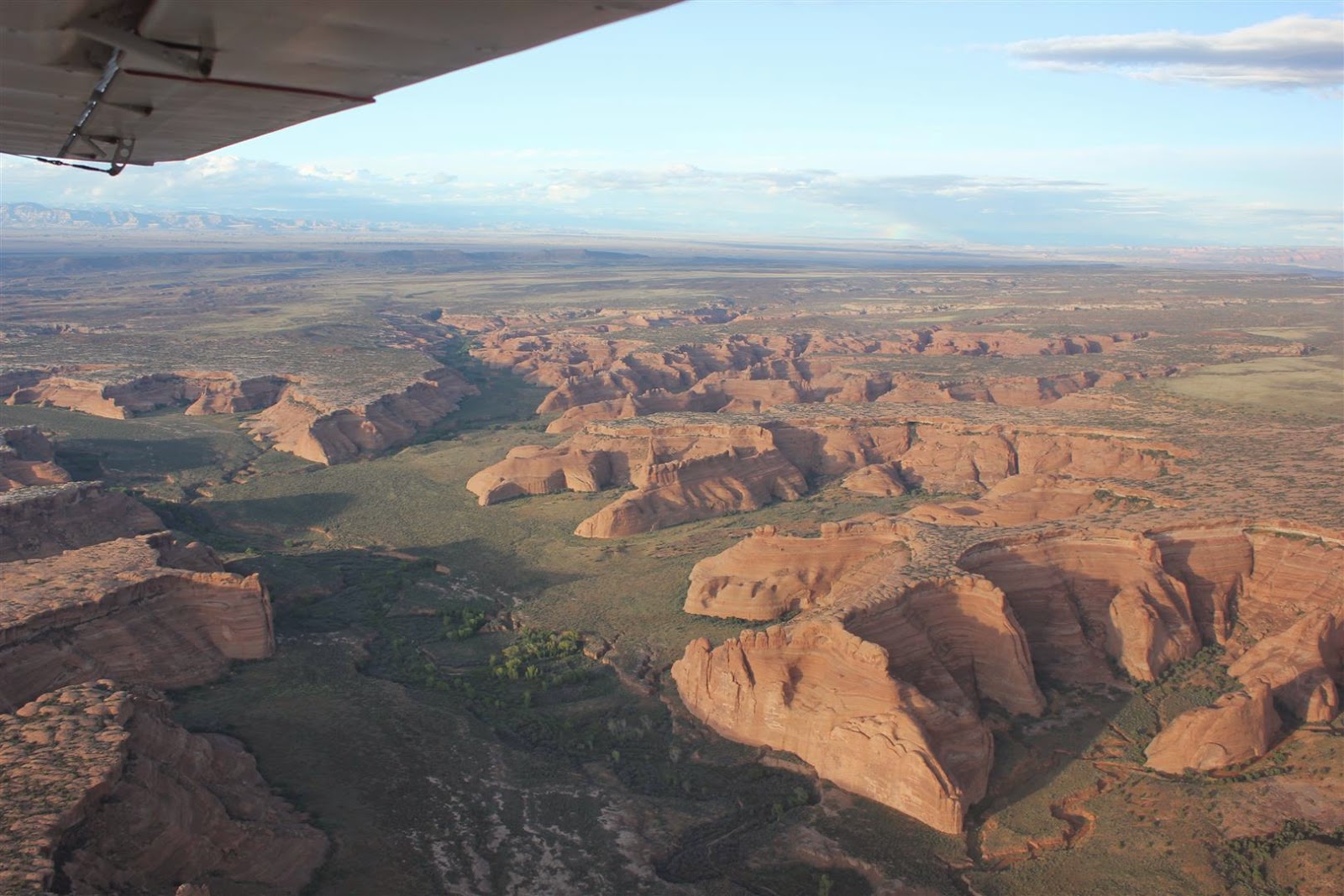 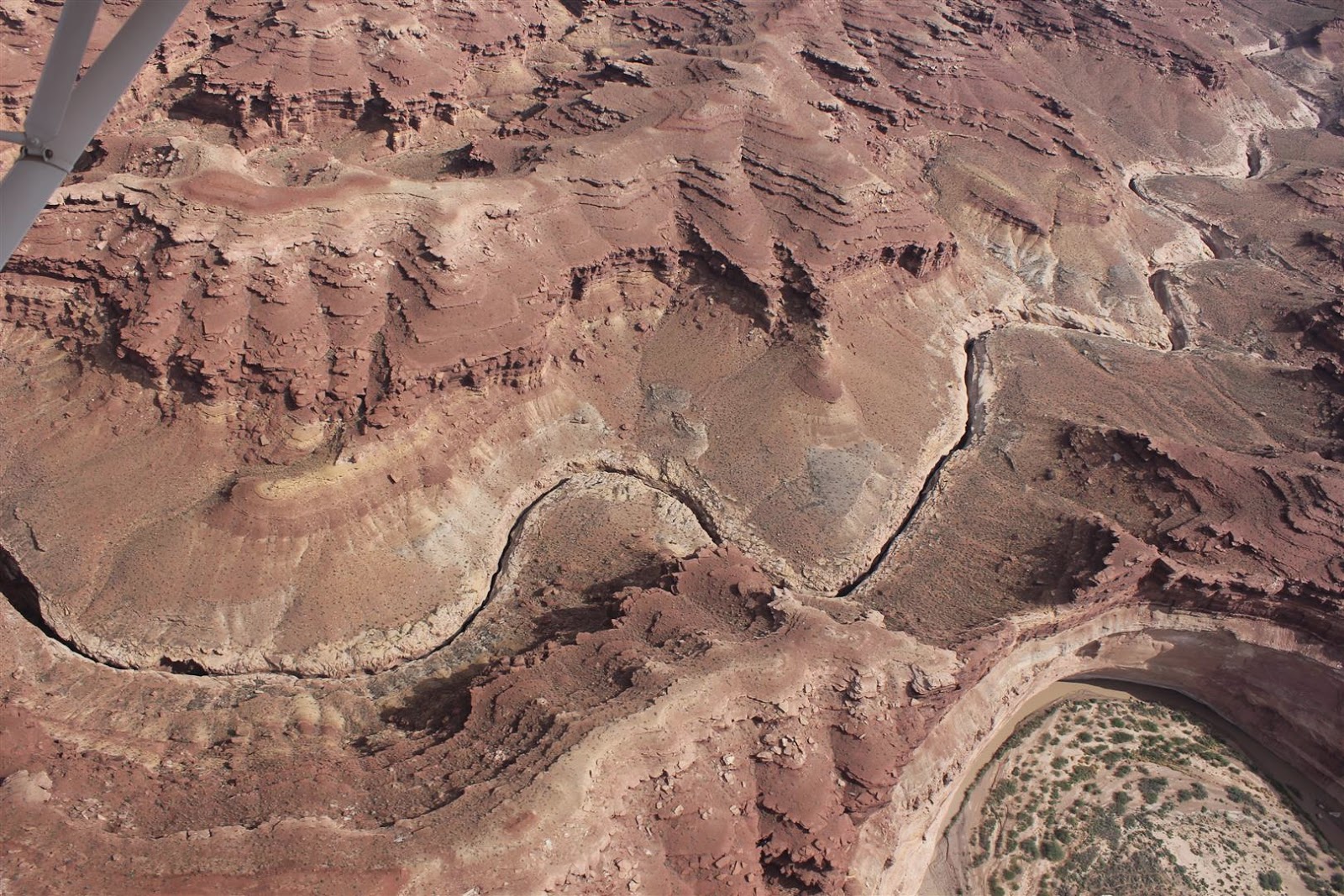 A 'slot' canyon,
very deep, but barely wide enough to walk through,
for miles.... 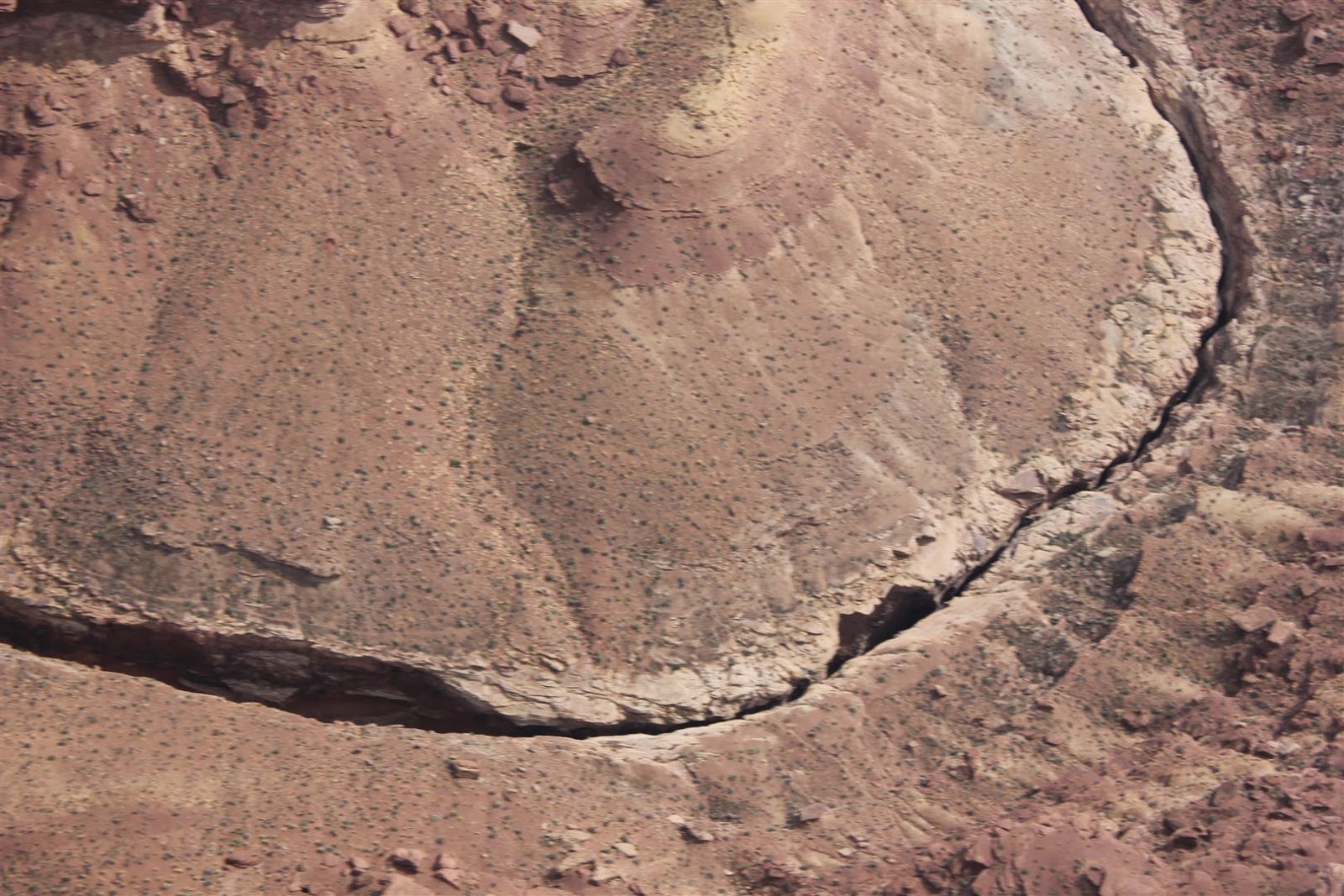 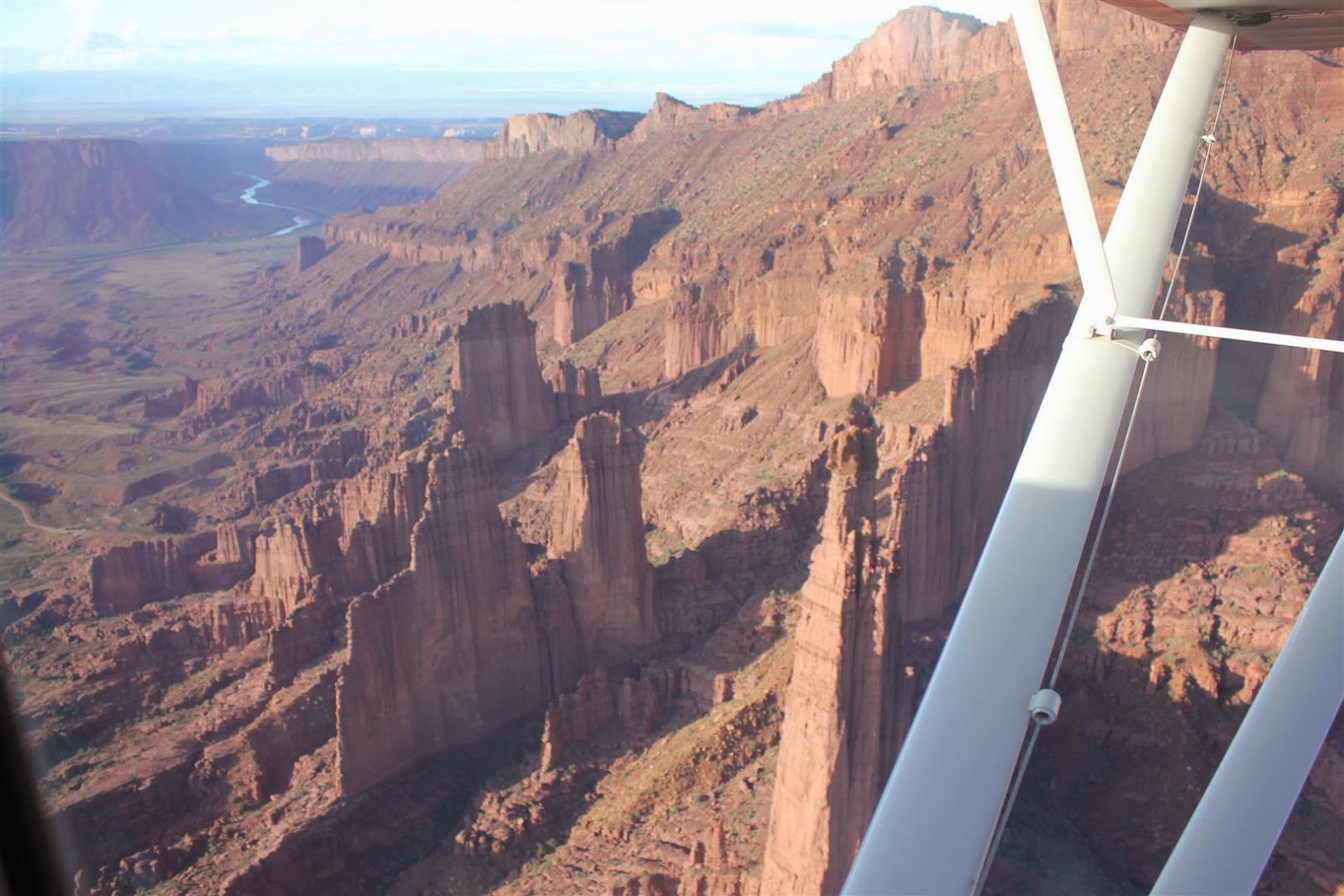 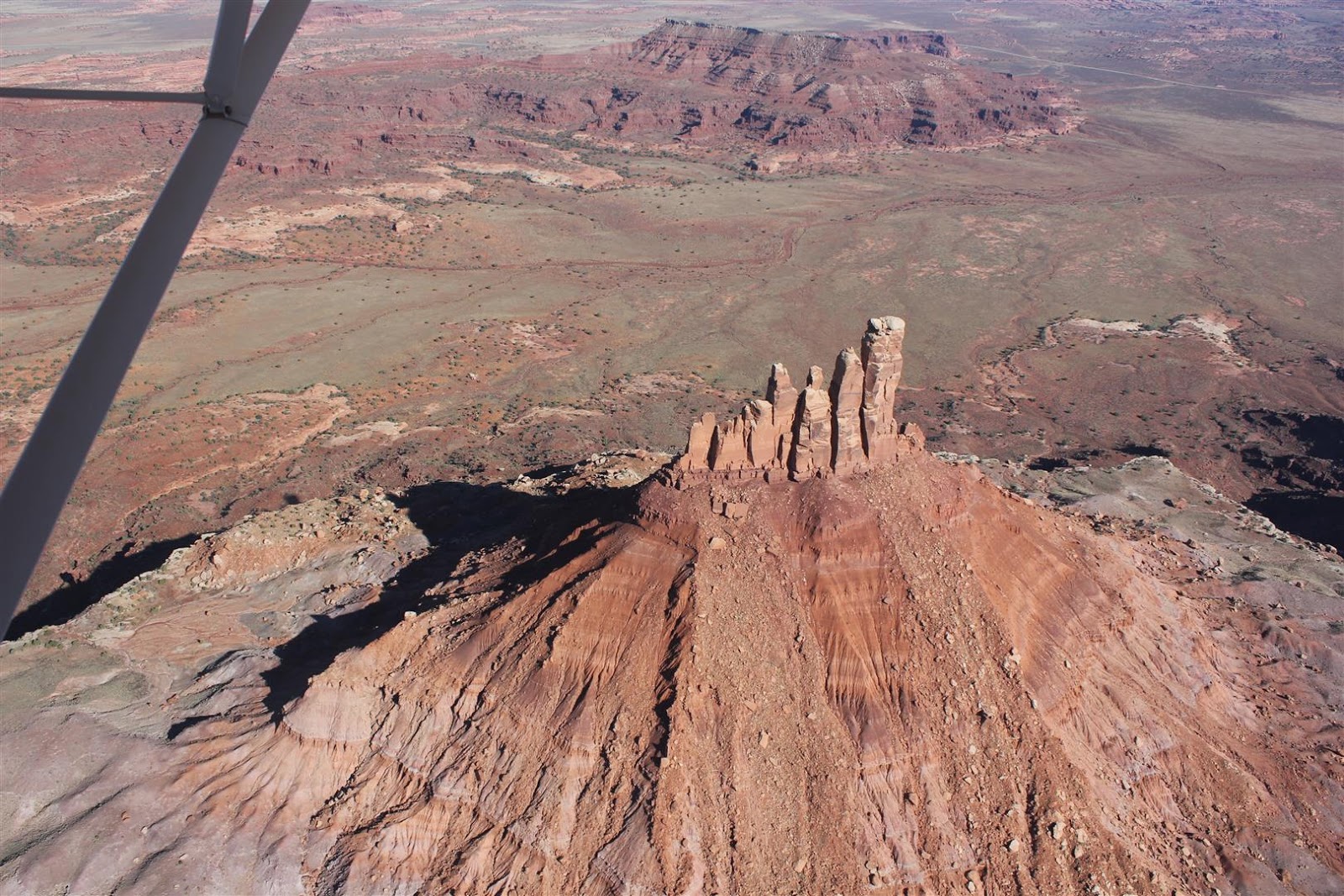 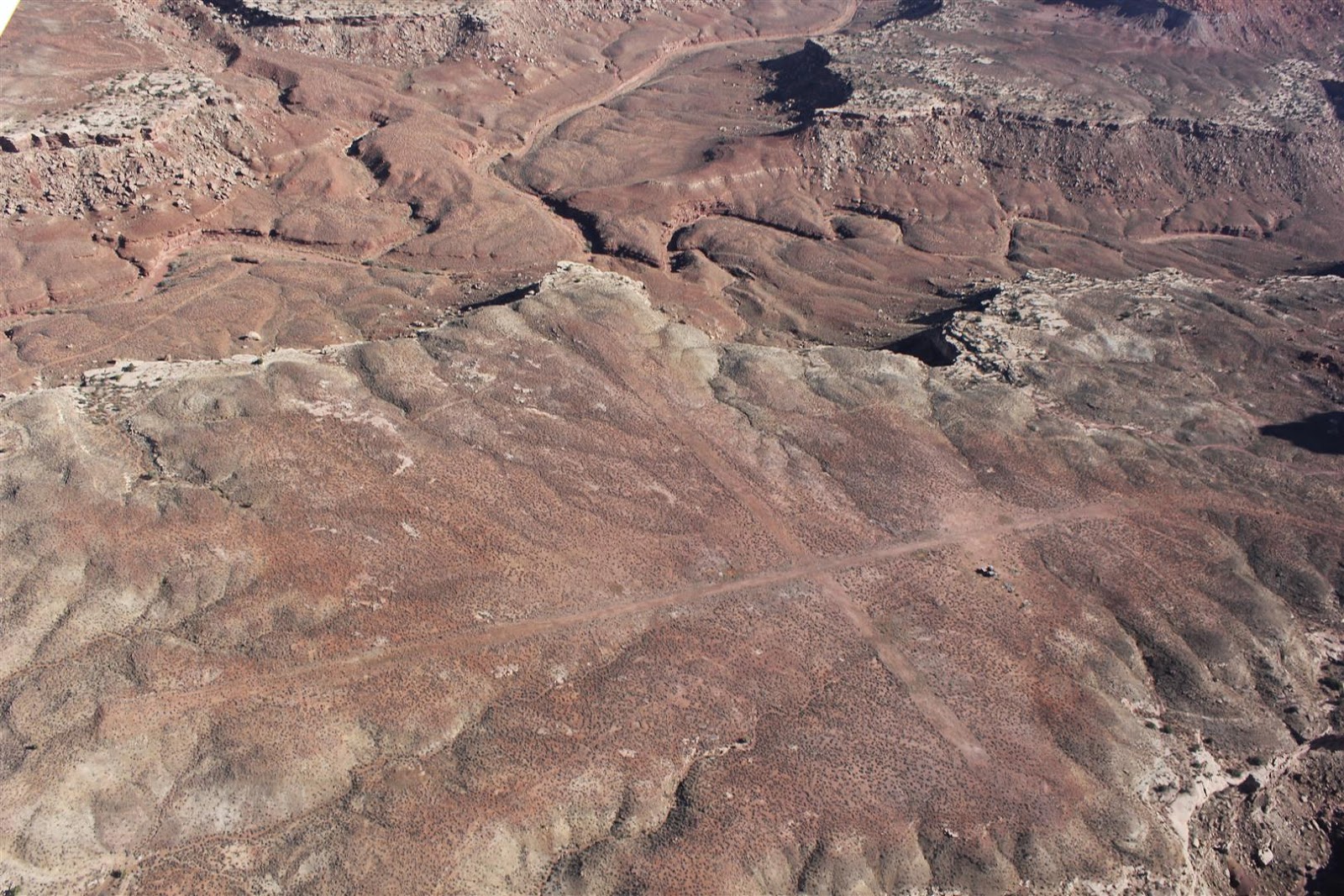 One of the back country airstrips. 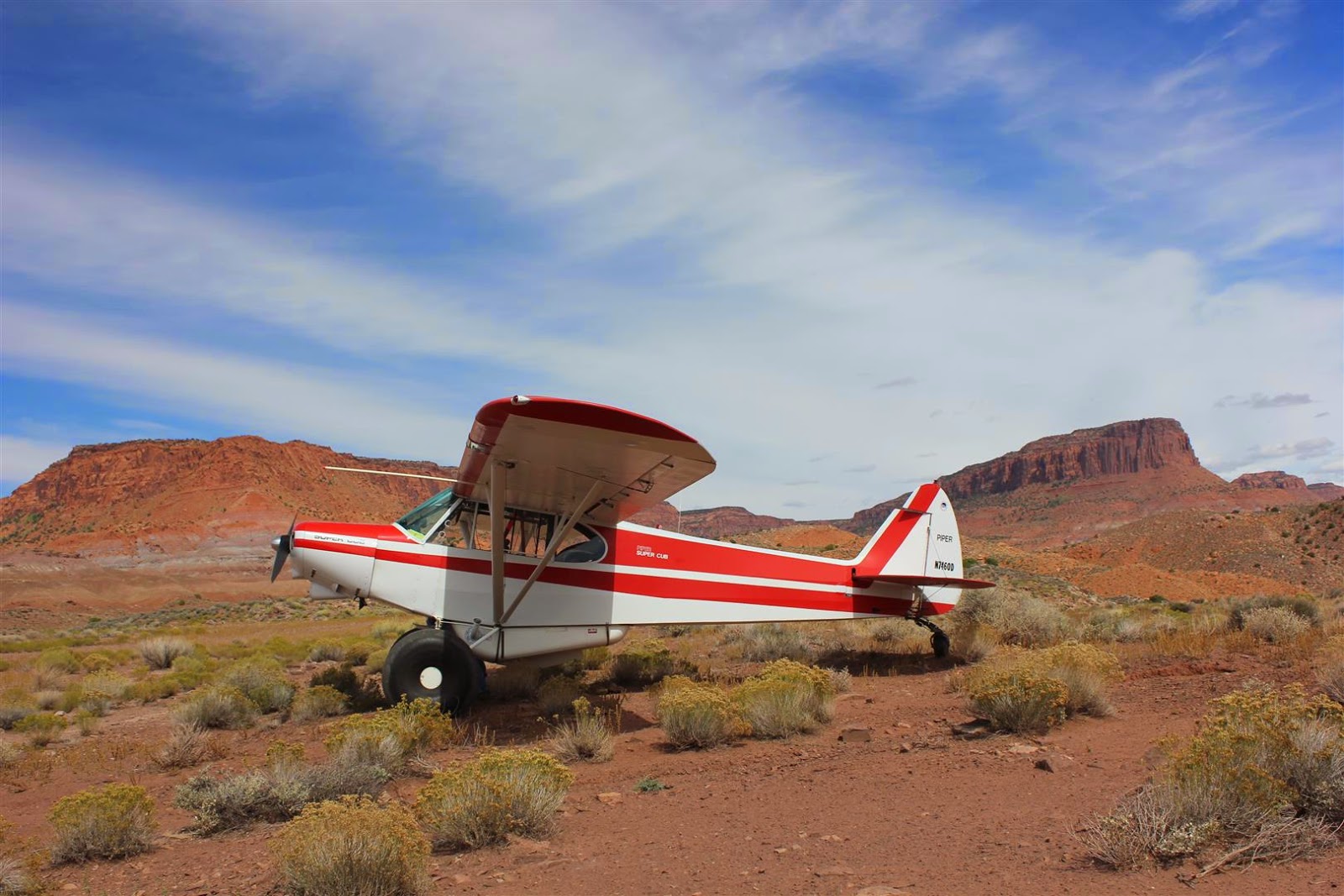 The perfect aircraft for these strips, that are sometimes rough.
Notice the size of those tires. 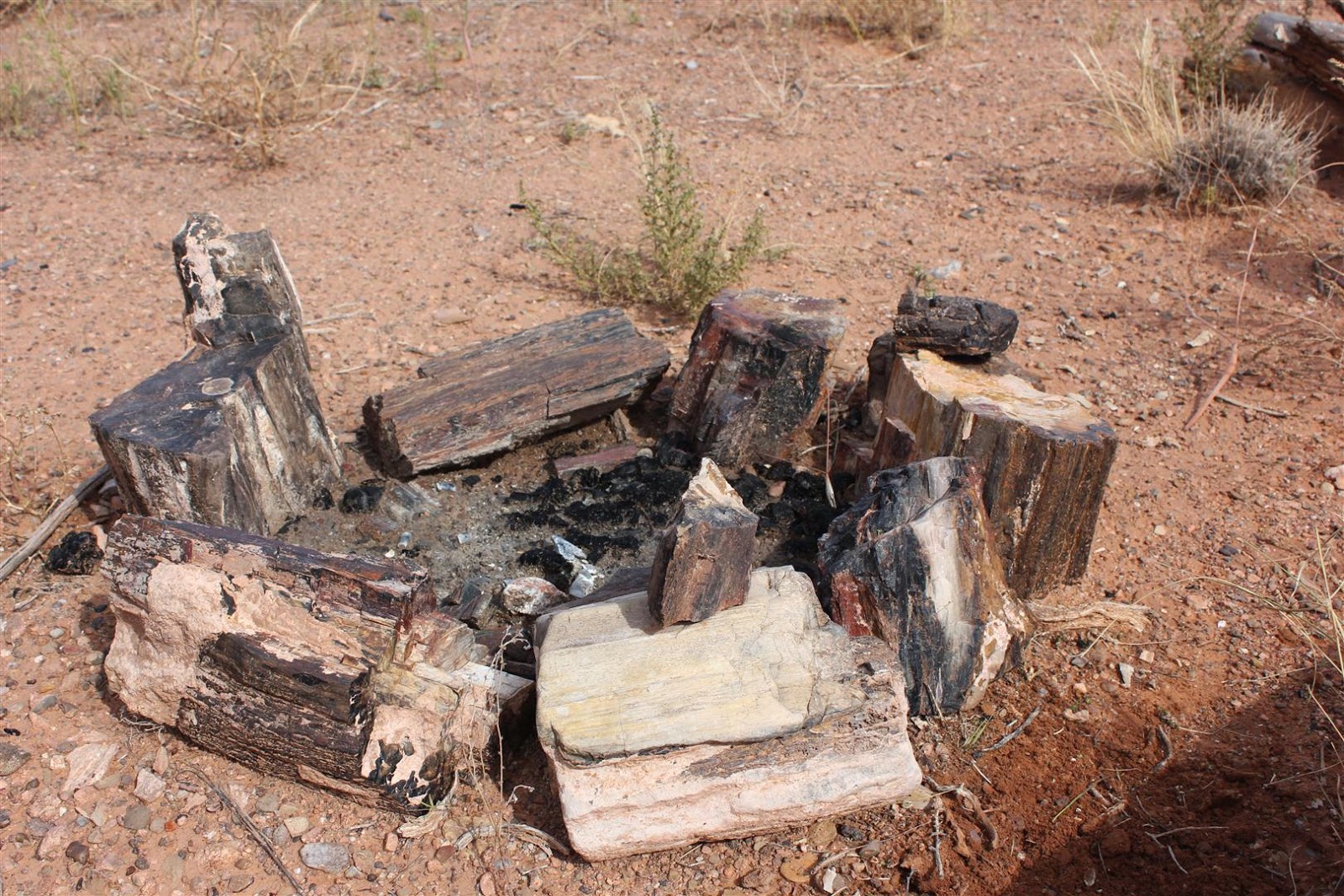 A fire place made from petrified wood.
There's lots of it around here. 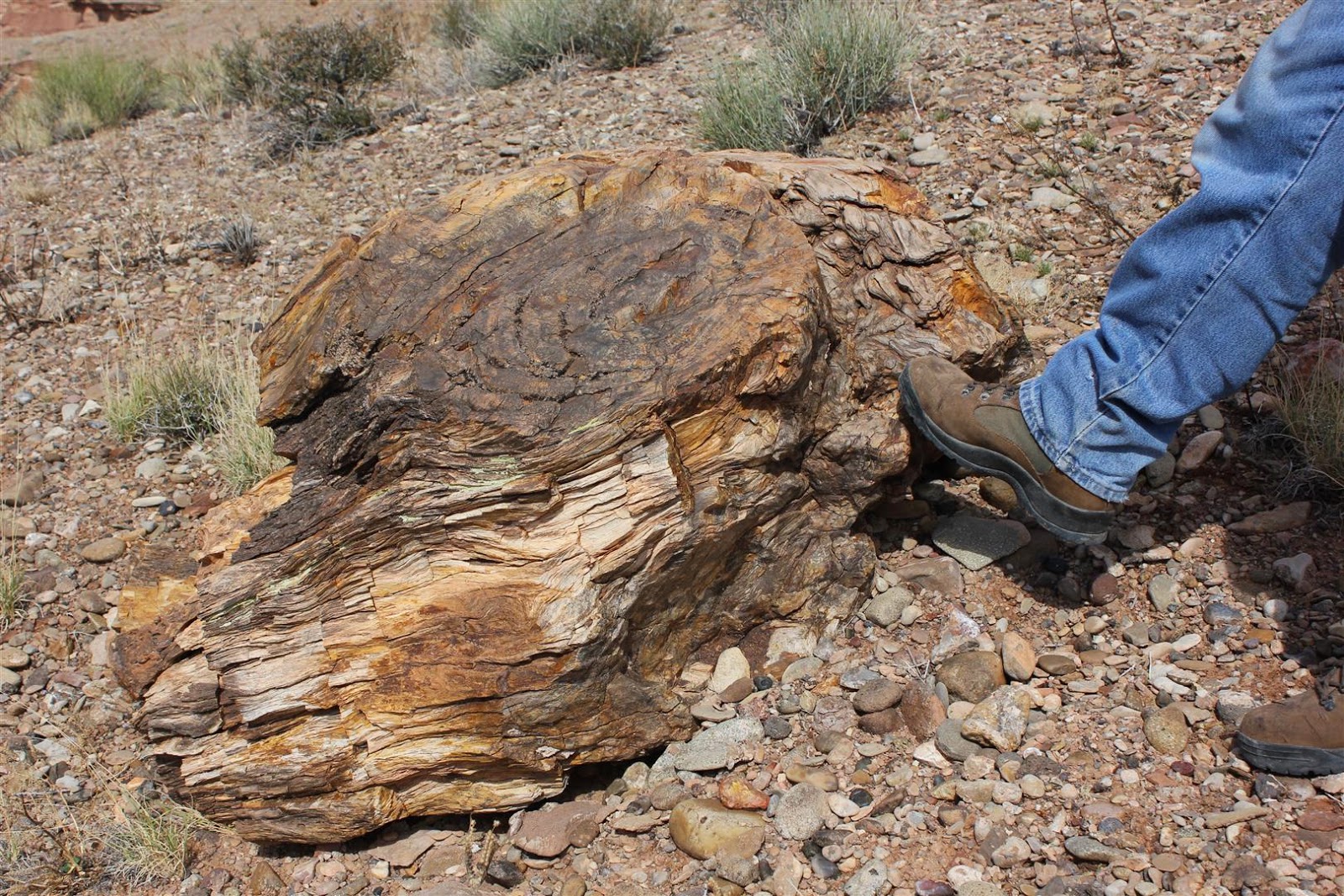 A large piece of petrified wood. 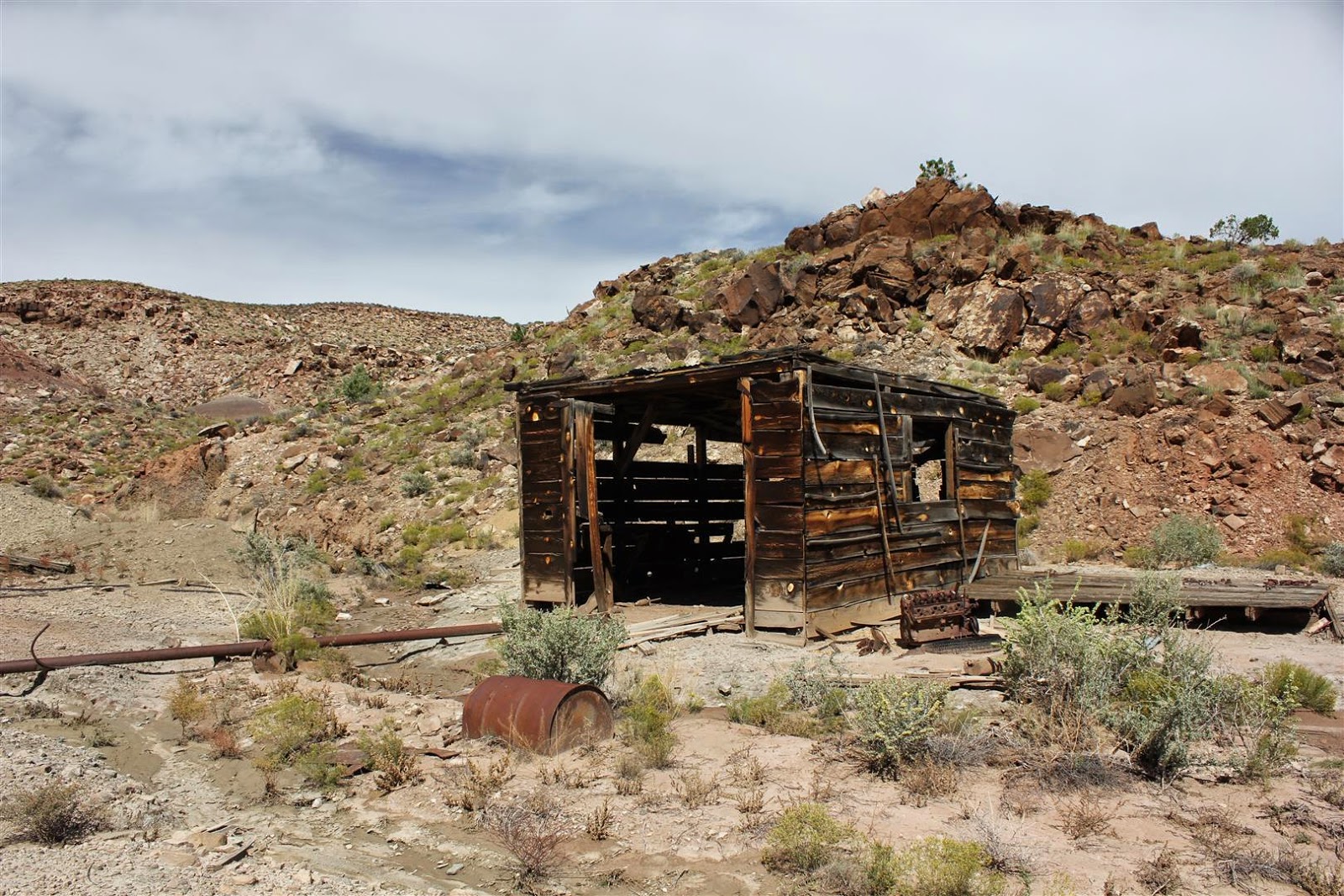 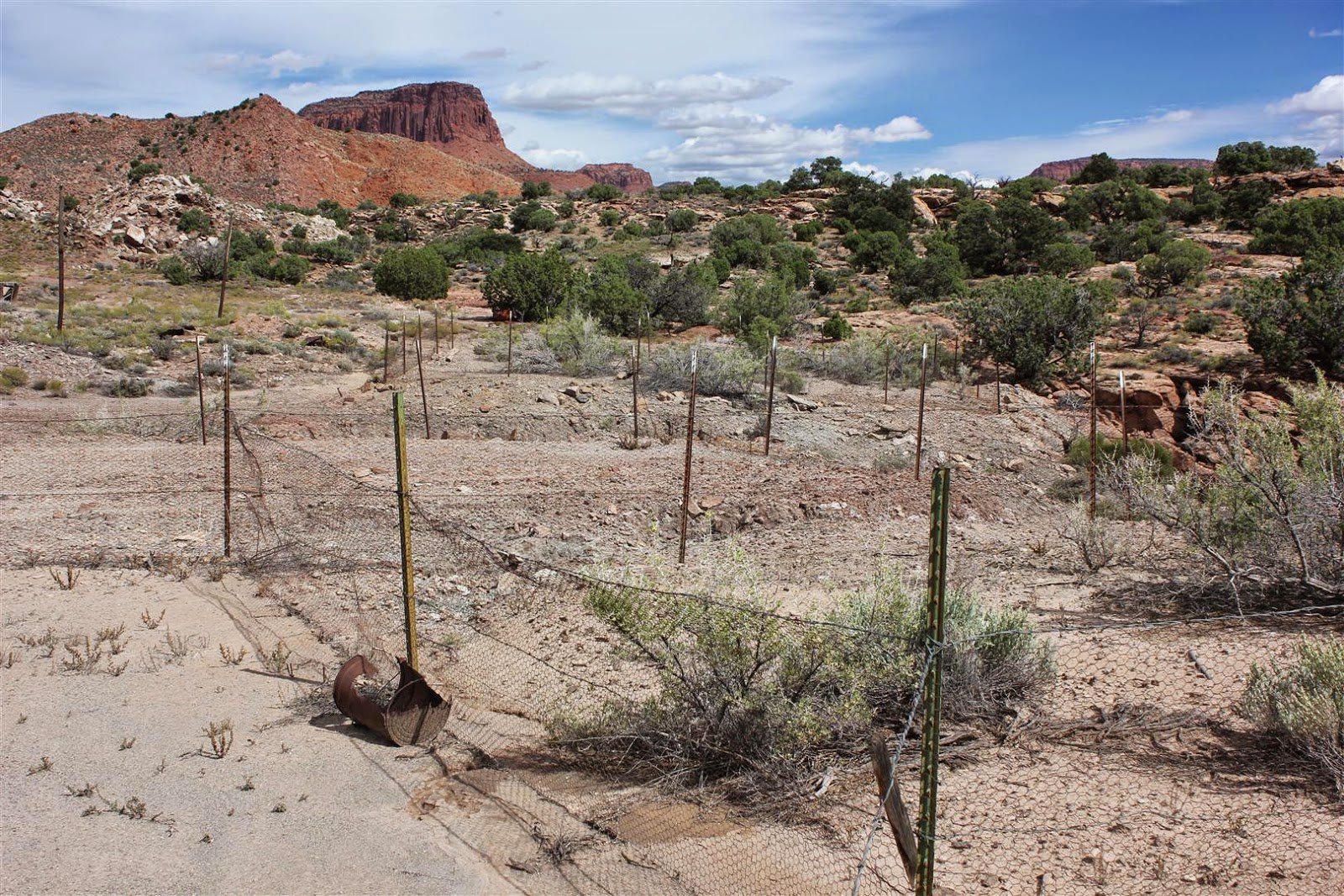 These secure fences around nothing that we could figure....
But this was uranium mining, so maybe a 'hot' spot.... 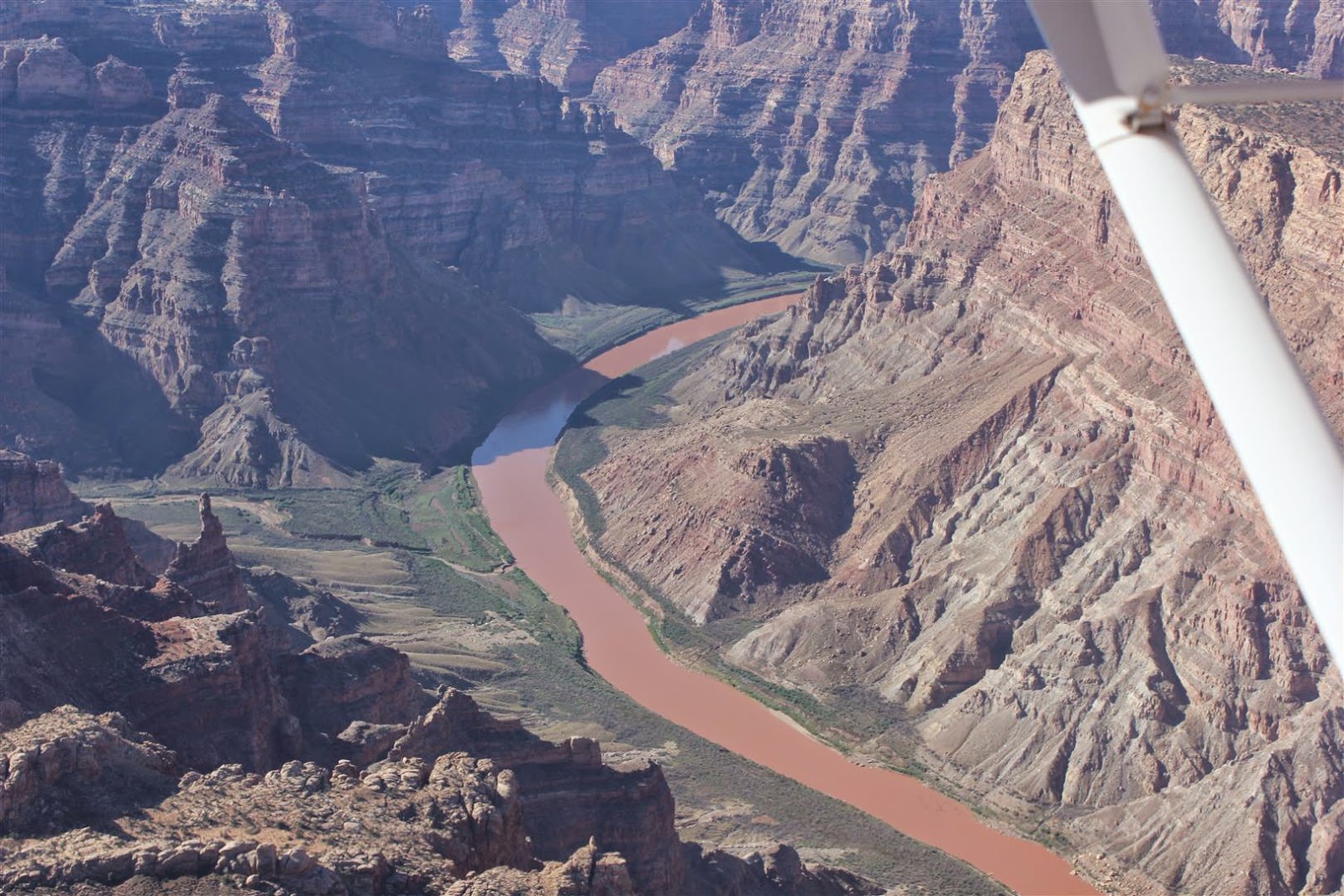 The river really heavy with silt,from recent storm rains,
causing the same erosion process that formed all these canyons over the ages. 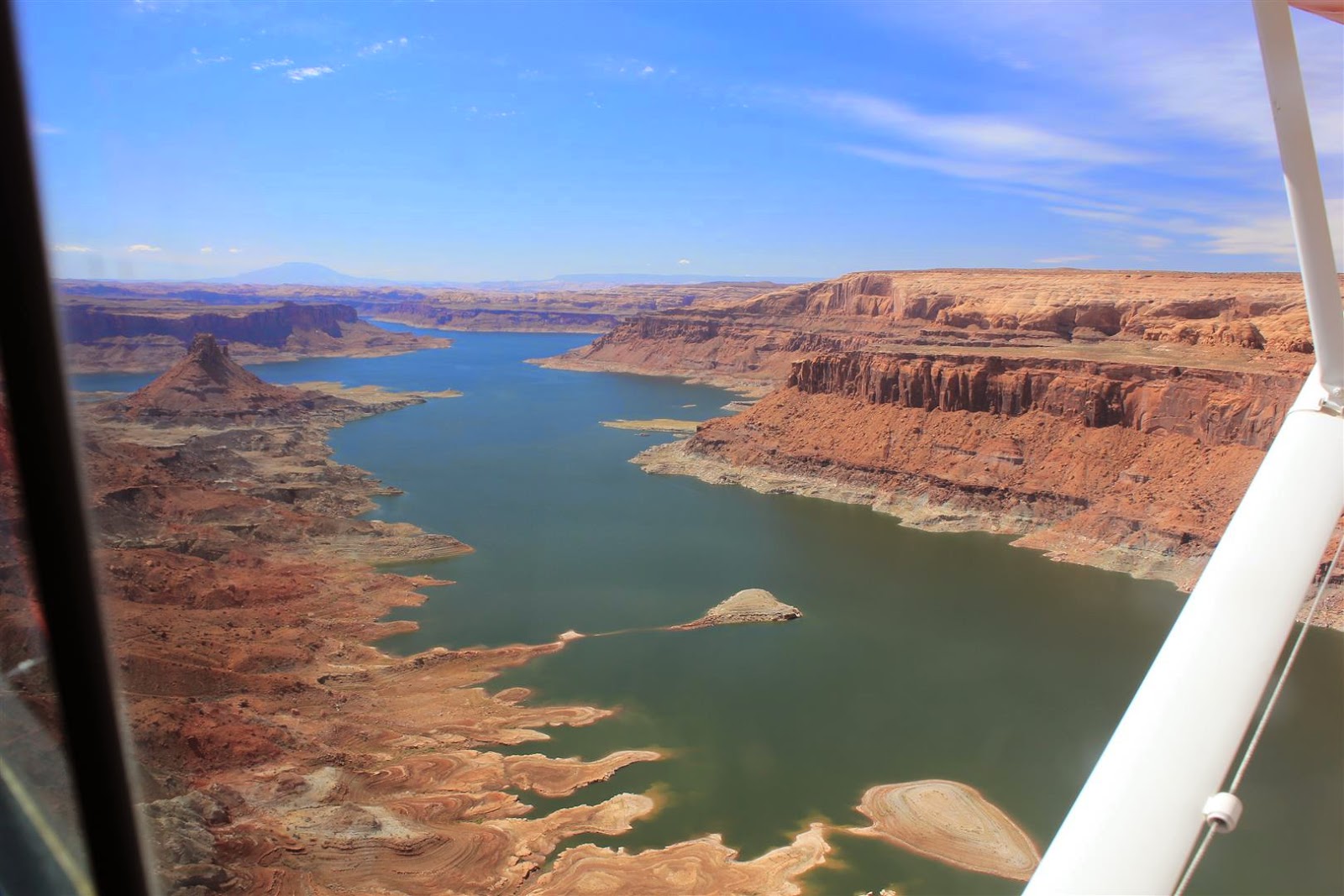 Lake Powell
Notice the water-line that shows how low it is,
after a decade of dought. 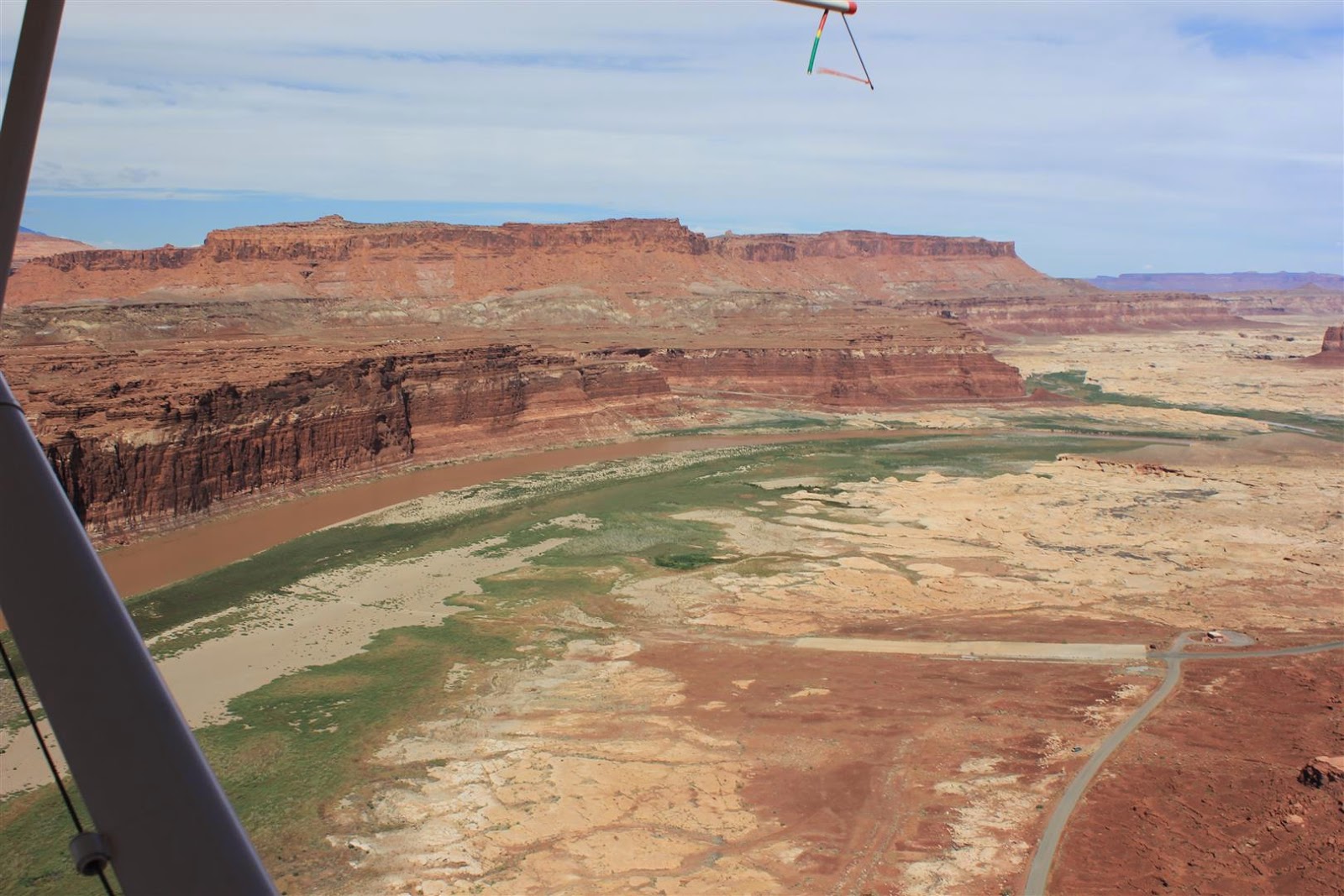 That long concrete boat launching ramp
is now not even in sight of water..... 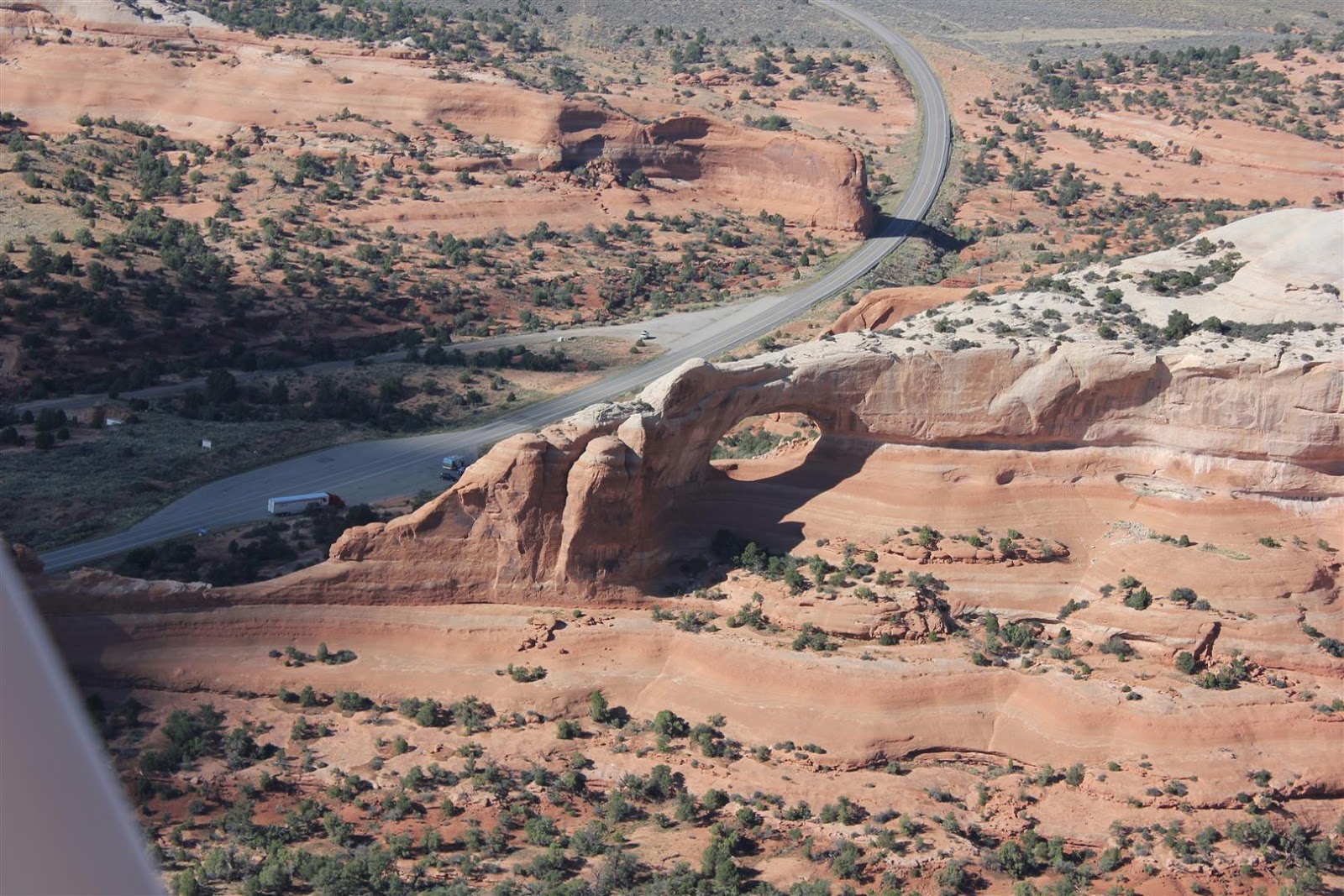 Wilson Arch, one of the thousands of arches around Moab. 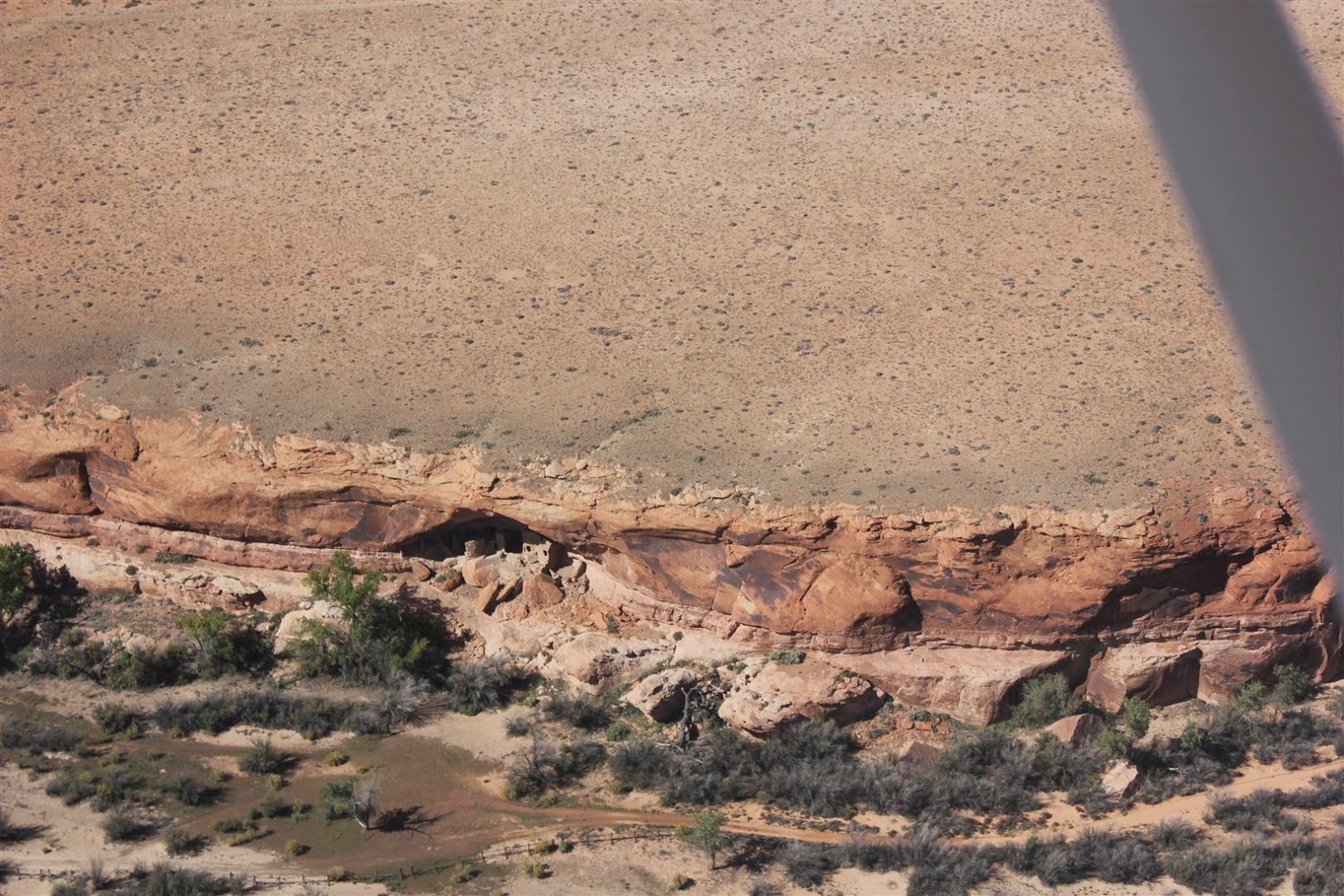 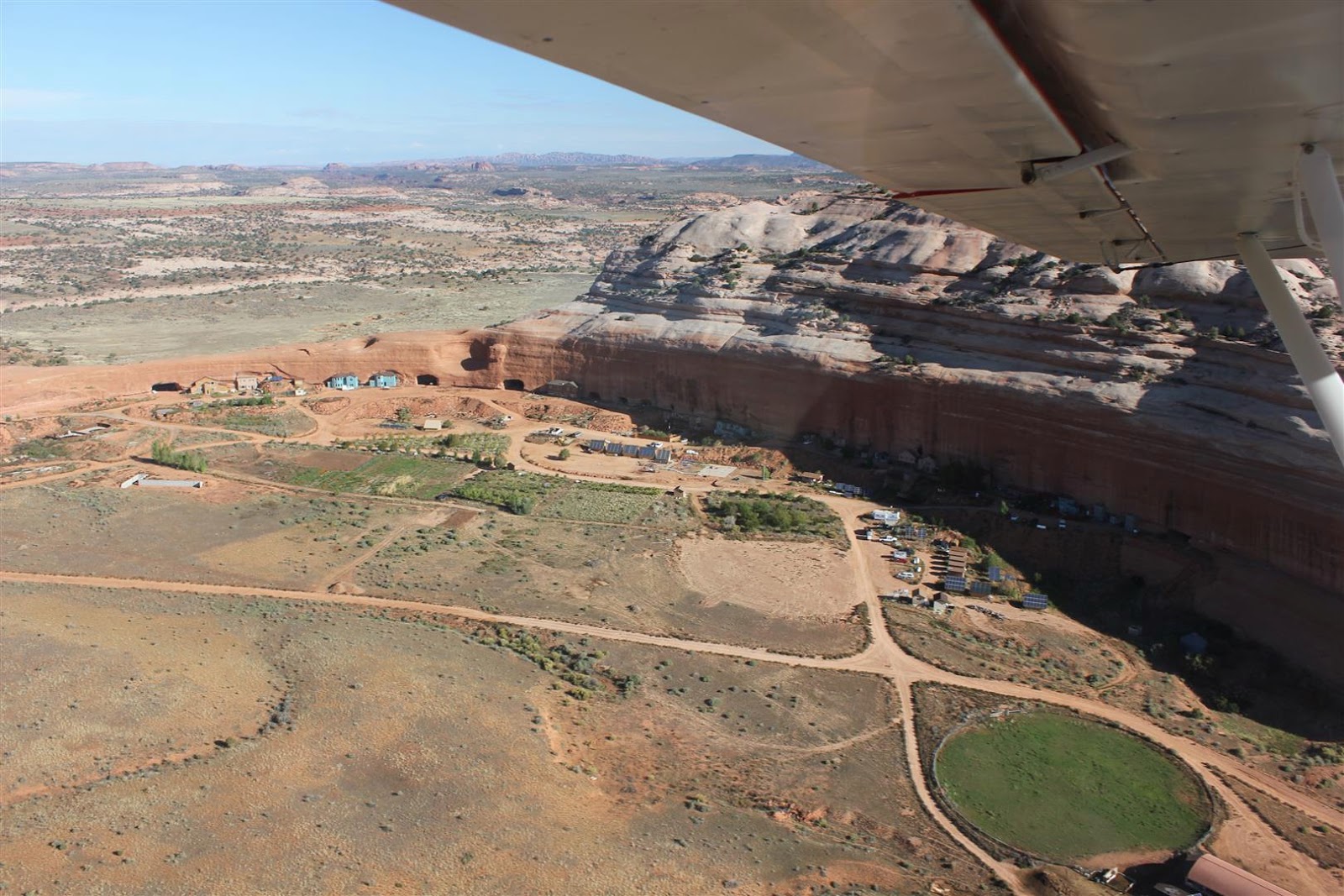 This is an isolated Mormon community,
with the houses excavated into the rock. 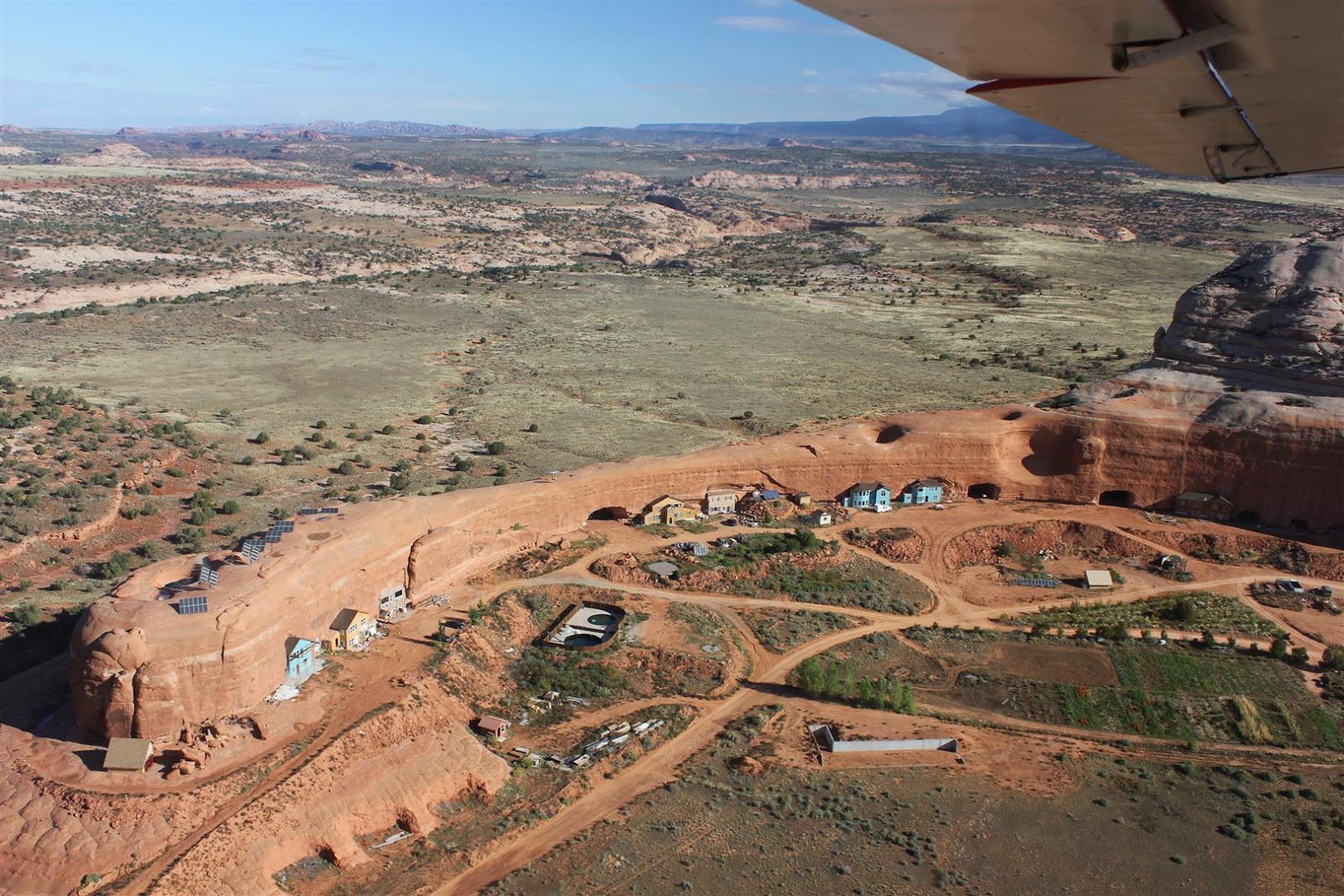 Great houses that are cool in summer and warm in winter.
And of course, with Mormons there'll be sustenance gardens. 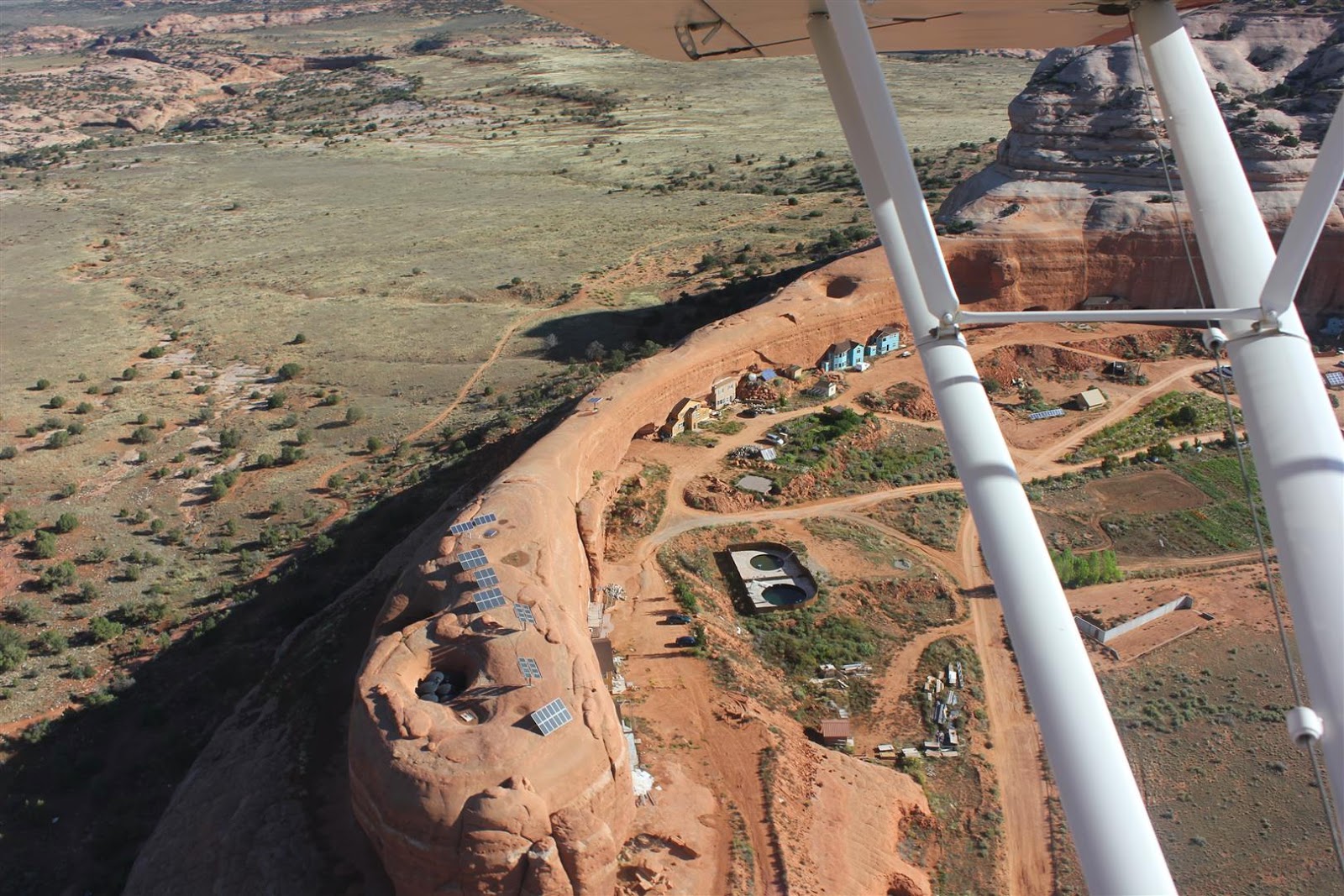 Solar panels on the top of the rock. 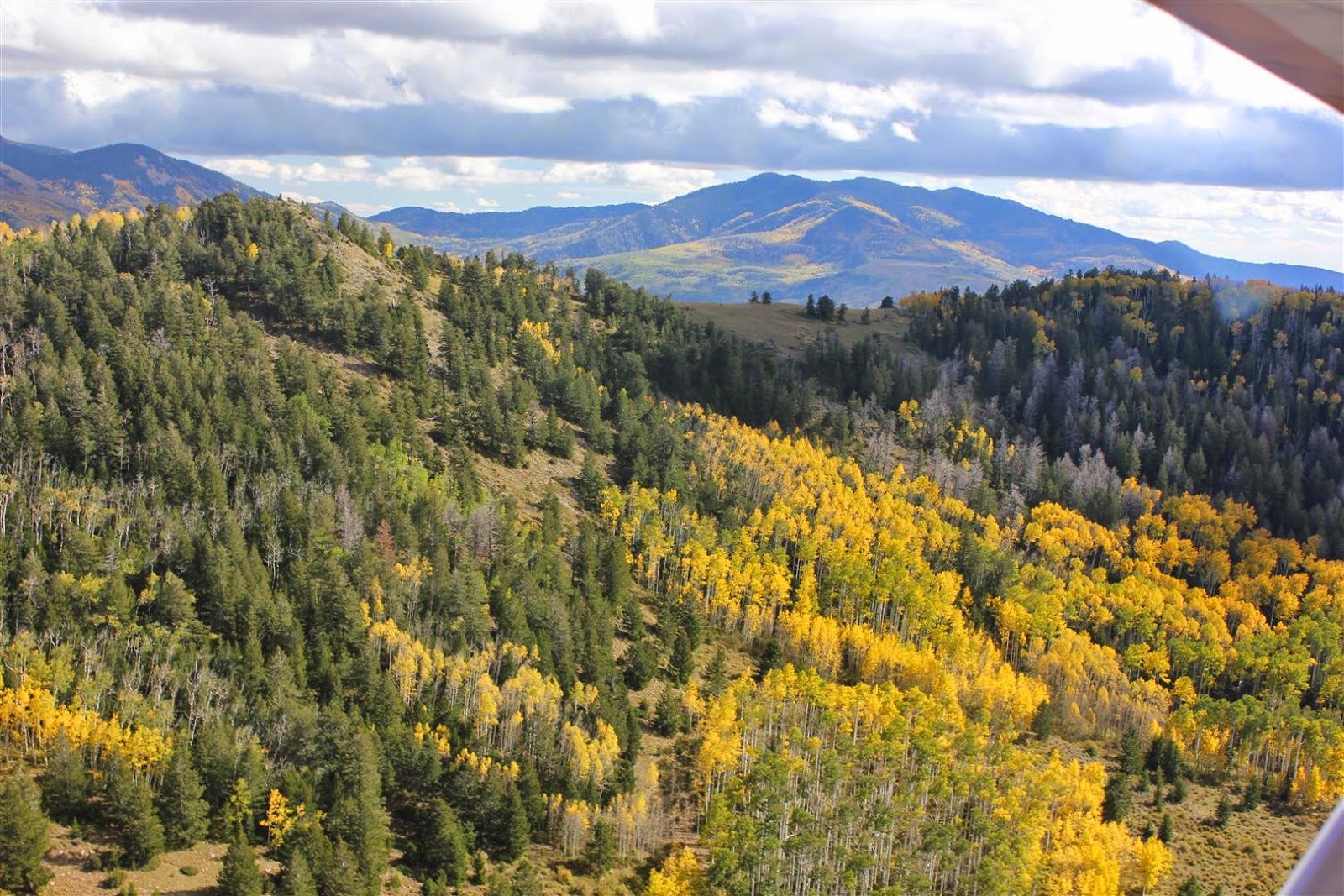 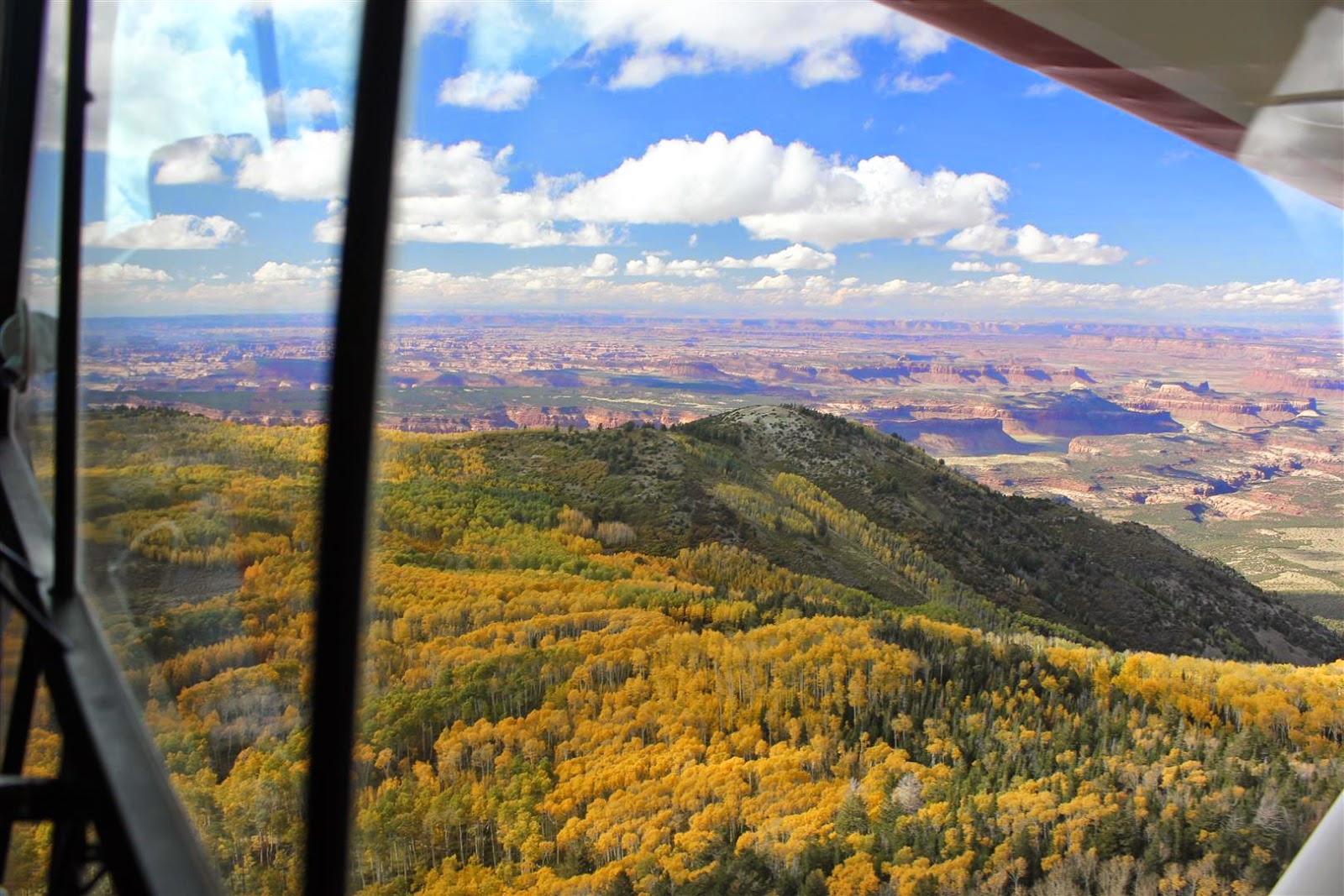 The Abajo Mtns overlook the Canyonlands,
So much spectacular terrain everywhere! 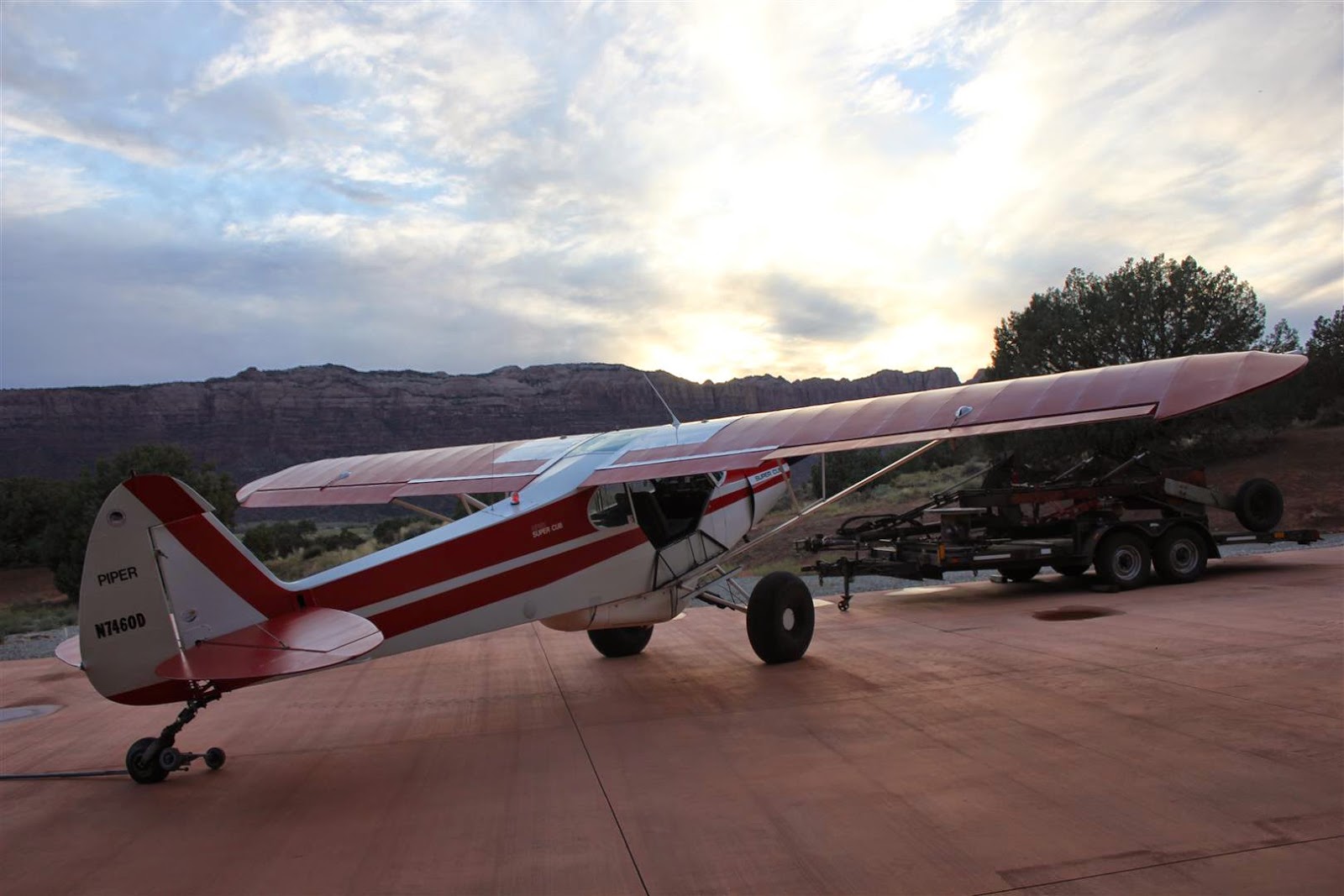 4 hrs of flying around the most spectacular rock forms anywhere..... 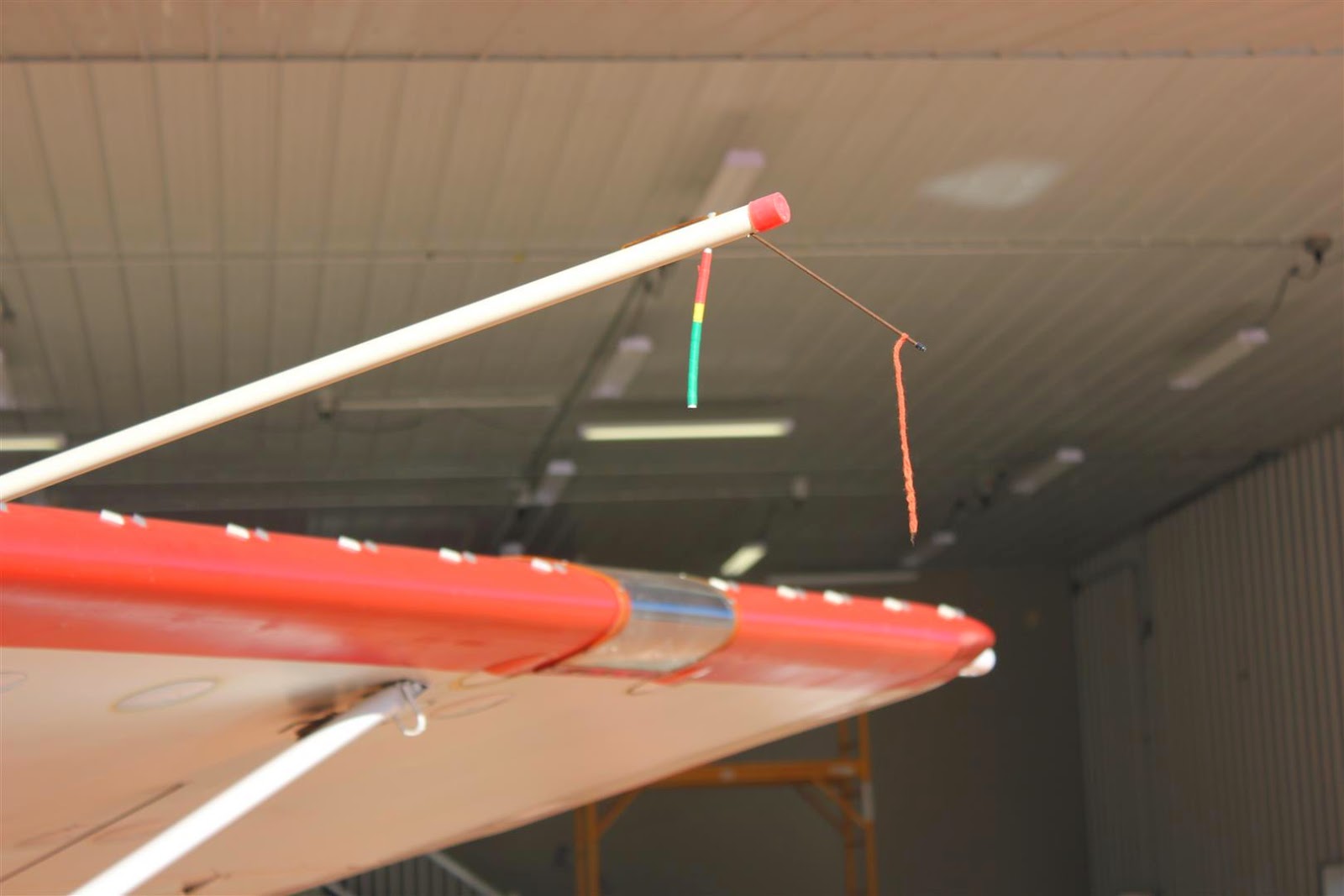 Steve's Angle of Attack indicator.
When the string points to the yellow area,
the wing is near it's stall angle.
Simple and effective.
And of course he has VGs.....
Posted by John Gilpin at 3:36 PM