Camped at Calipatria, north end of the Imperial Valley, looking forward to a flight, but morning revealed a blasting, dusty wind......  Sand drifting in the Imperial Sand Dunes Recreational Area, erasing all those dune buggy tracks.

So parked the trailer and drove to the abandoned Mesquite gold mine, which I had heard was to become the land fill for Los Angeles.  Sounded like a good idea to fill the huge hole with that mountain of garbage.  But nothing is happening yet, railroad from LA in place, but no garbage yet. Then it turns out that they won't be filling the hole after all, cause it's too wet down there, below water table.....  So they'll dig other holes for the garbage, and just use the mine waste to cover it.....  Looks like a good place to do land fill, cause nothing but real desert all around.  But nothing happening yet, so just as well I didn't make the effort to fly over there.

I had wanted to fly the All American Canal, and look for the remains of the disastrous first attempt to dig a canal to the Imperial valley, that ended up creating the Salton Sea.  But too close into military restricted airspace, and sensitive Mexican border airspace....  Helicopters overhead and border patrol vehicles everywhere.....  So sensibly decided to drive instead.... 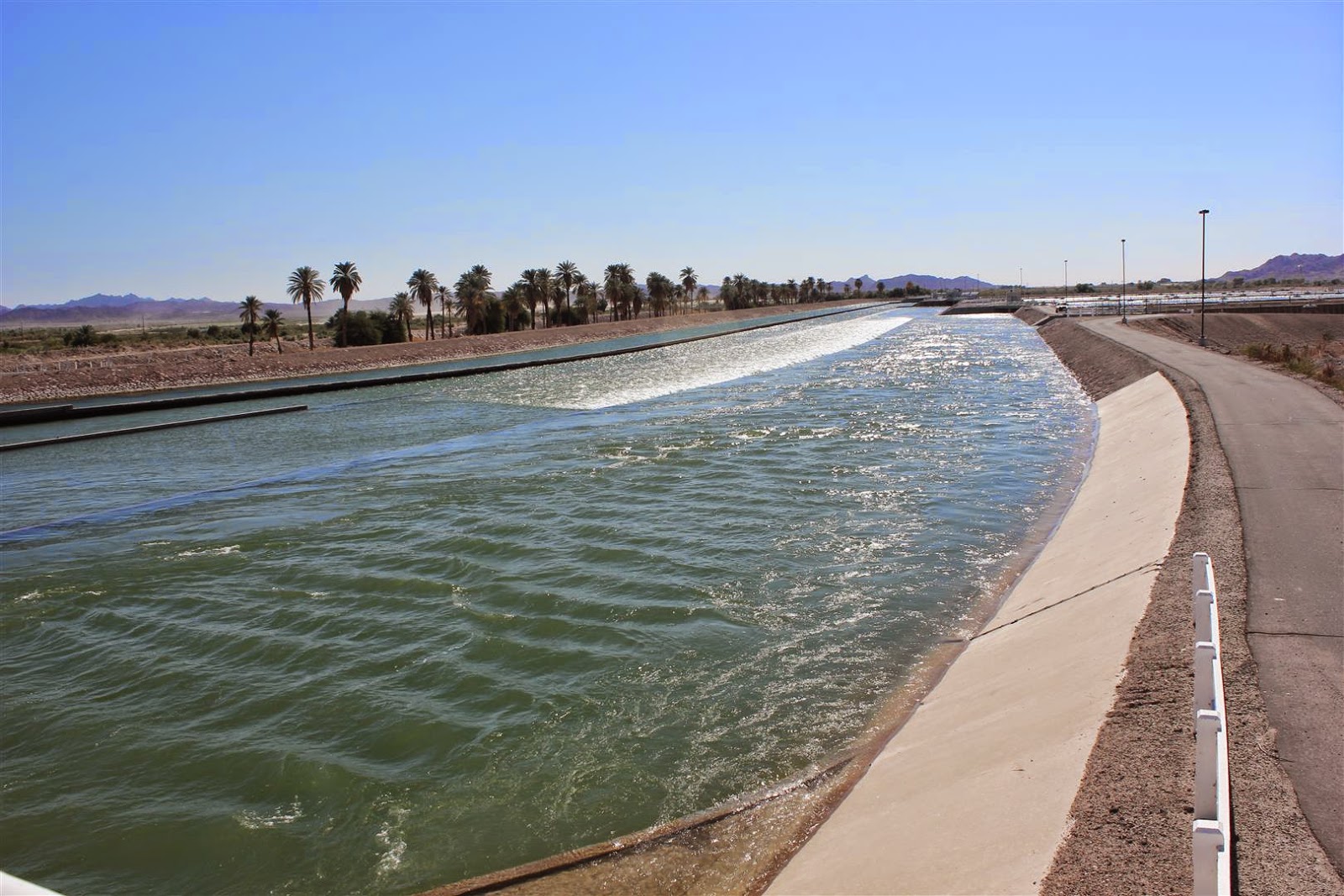 Driving west from Yuma, along Interstate 8.
Not allowed to stop except for emergency along here,
so only photos out the window of the moving vehicle.... 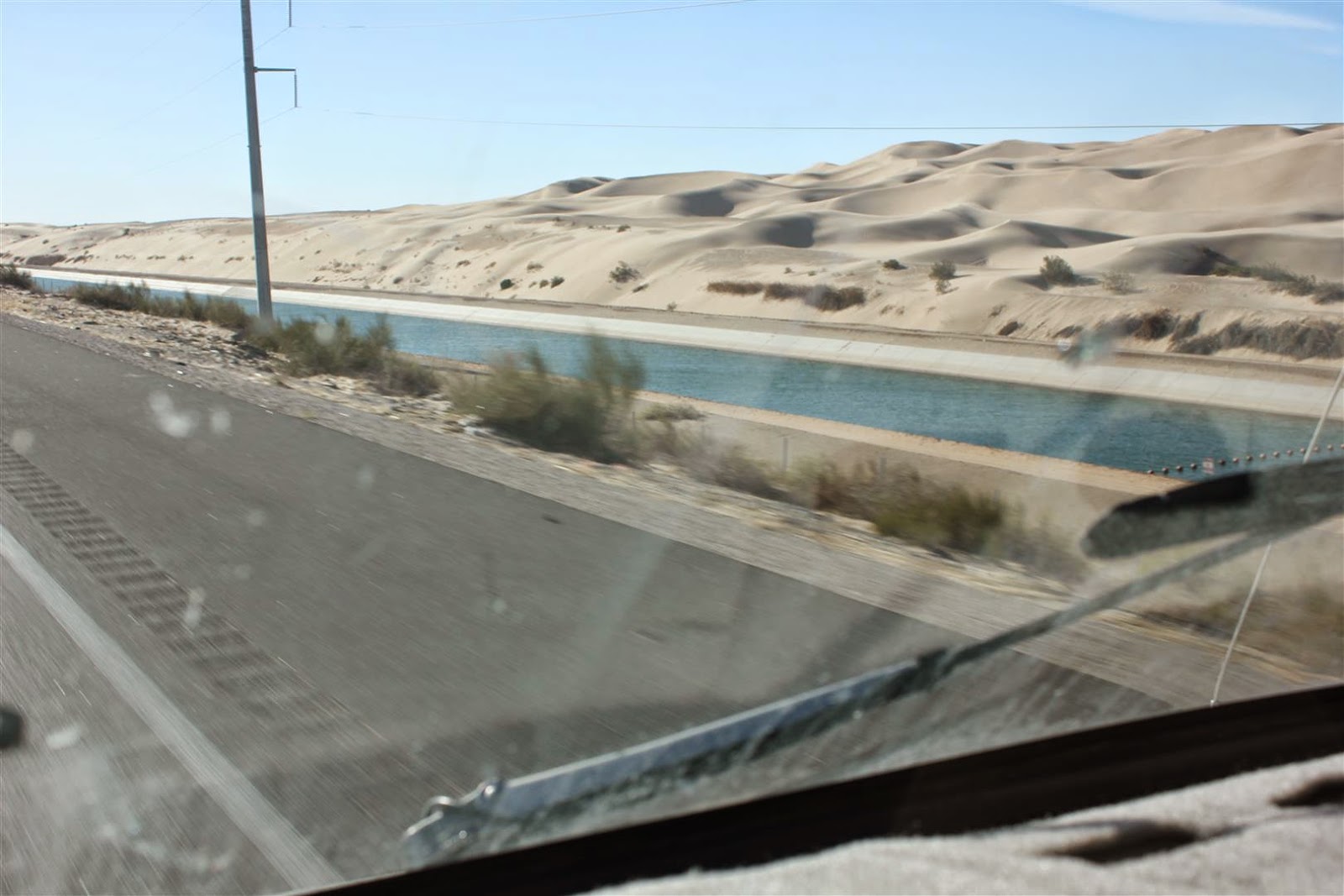 This is the All American Canal, through the sand dunes. 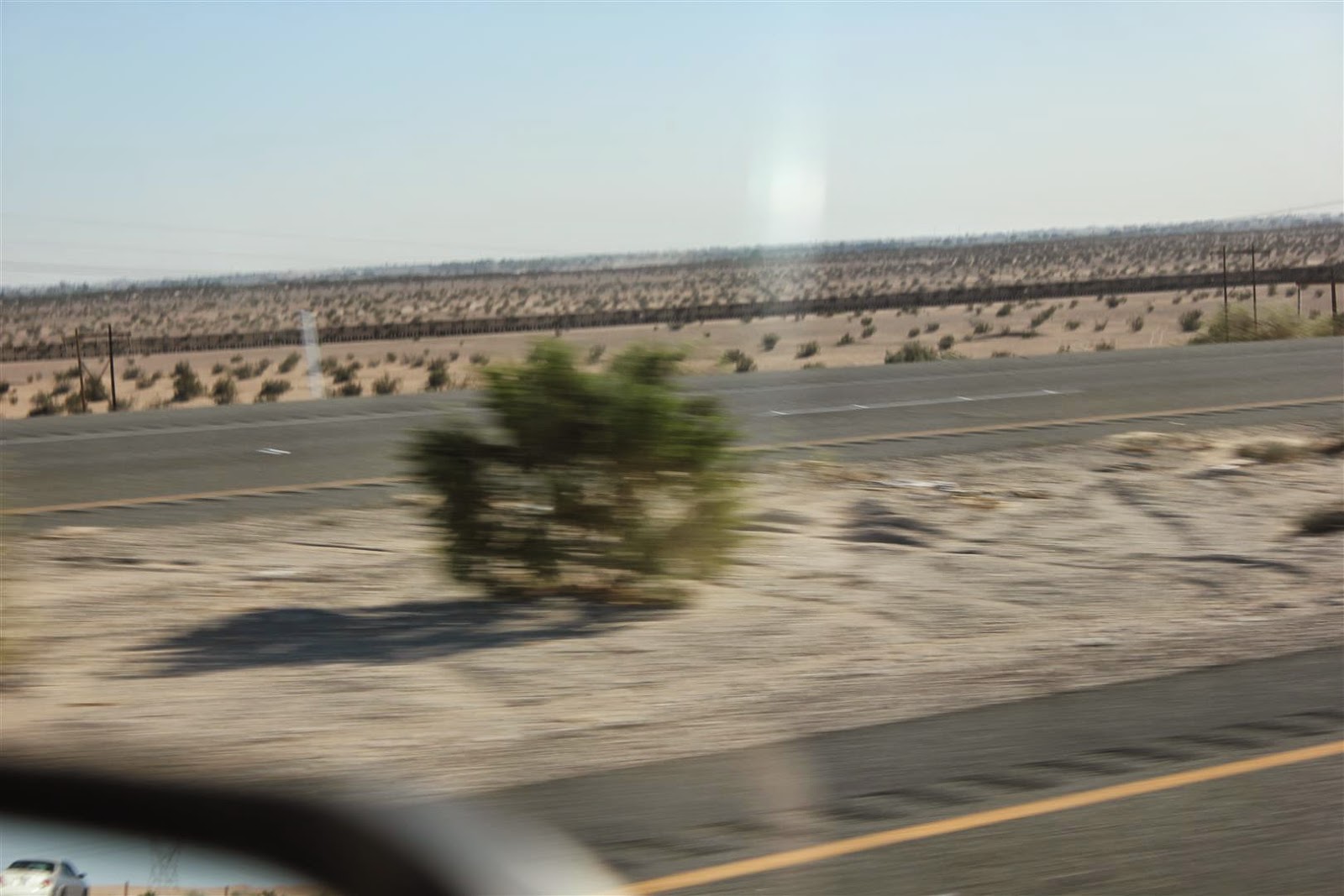 On the other side of the highway,
this is fence along the Mexican border
to try to keep the immigrants out.... 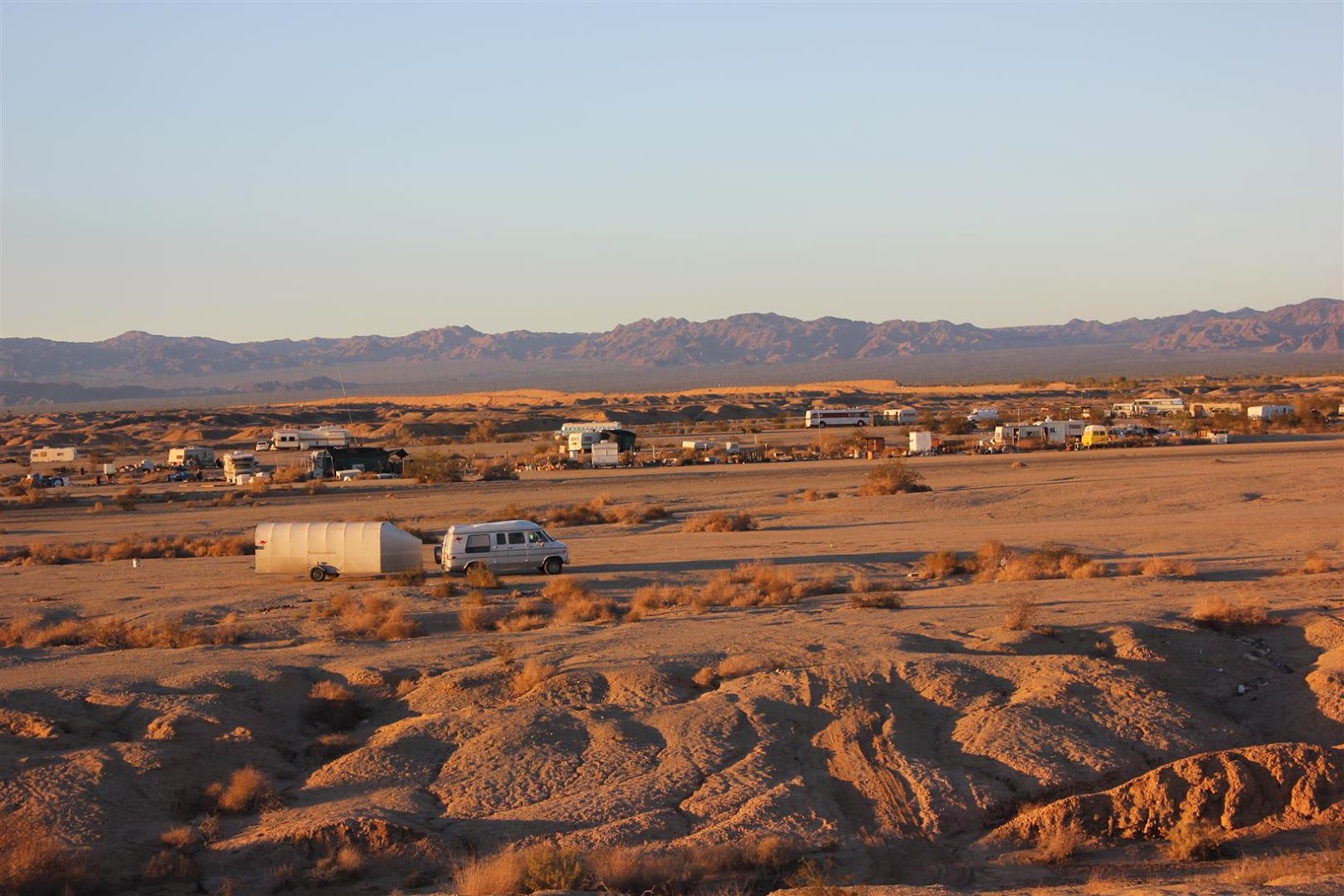