Happy, Texas was originally named 'Happy Draw', when cattlemen driving stock through the area discovered a  permanent water hole there.
Later discovery of the underground Ogallala aquifer,
and the development of pumped irrigation,
turned the area into a booming farming community.
But then the water ran dry....
See the story at
http://www.telegraph.co.uk/earth/8359076/US-farmers-fear-the-return-of-the-Dust-Bowl.html 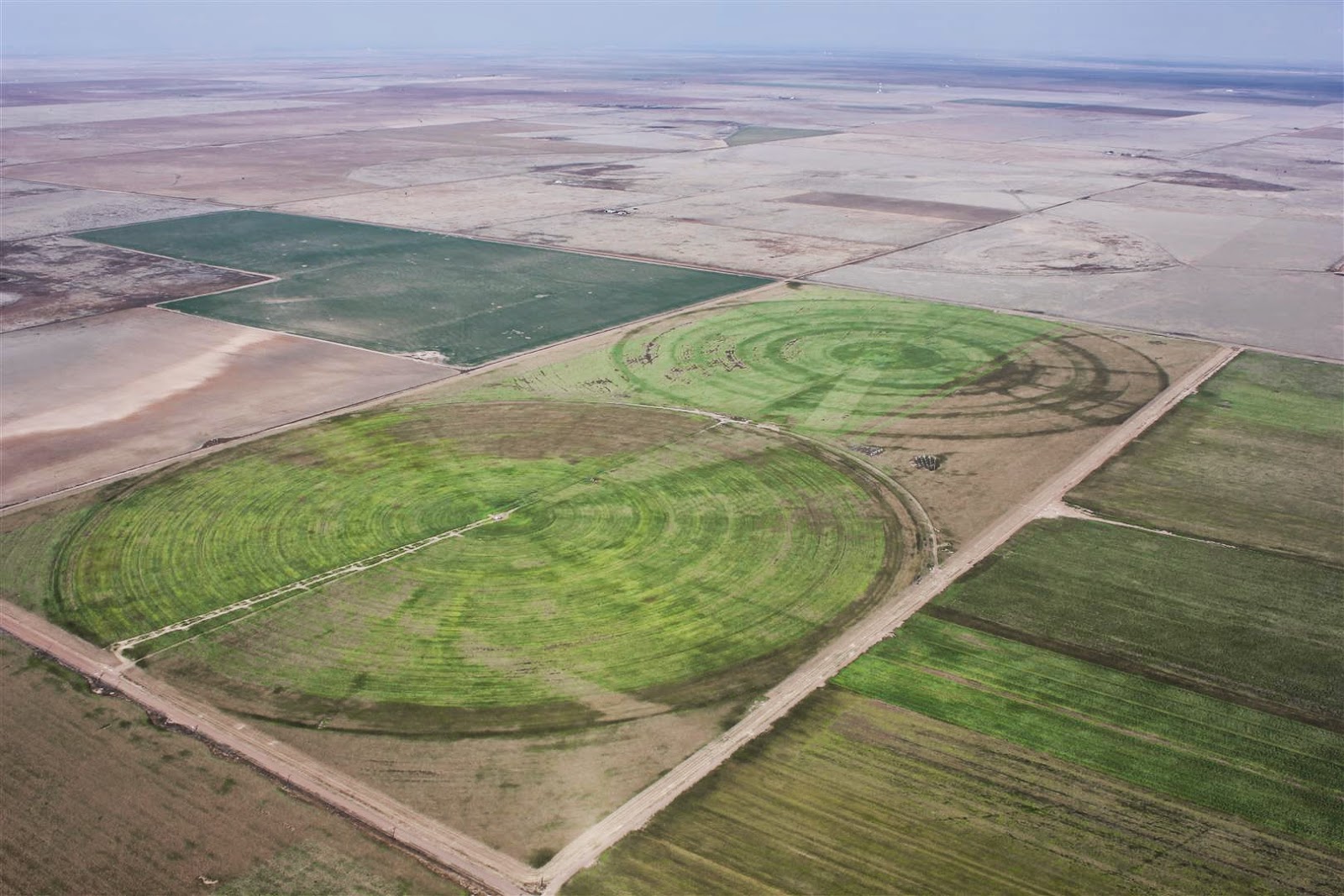 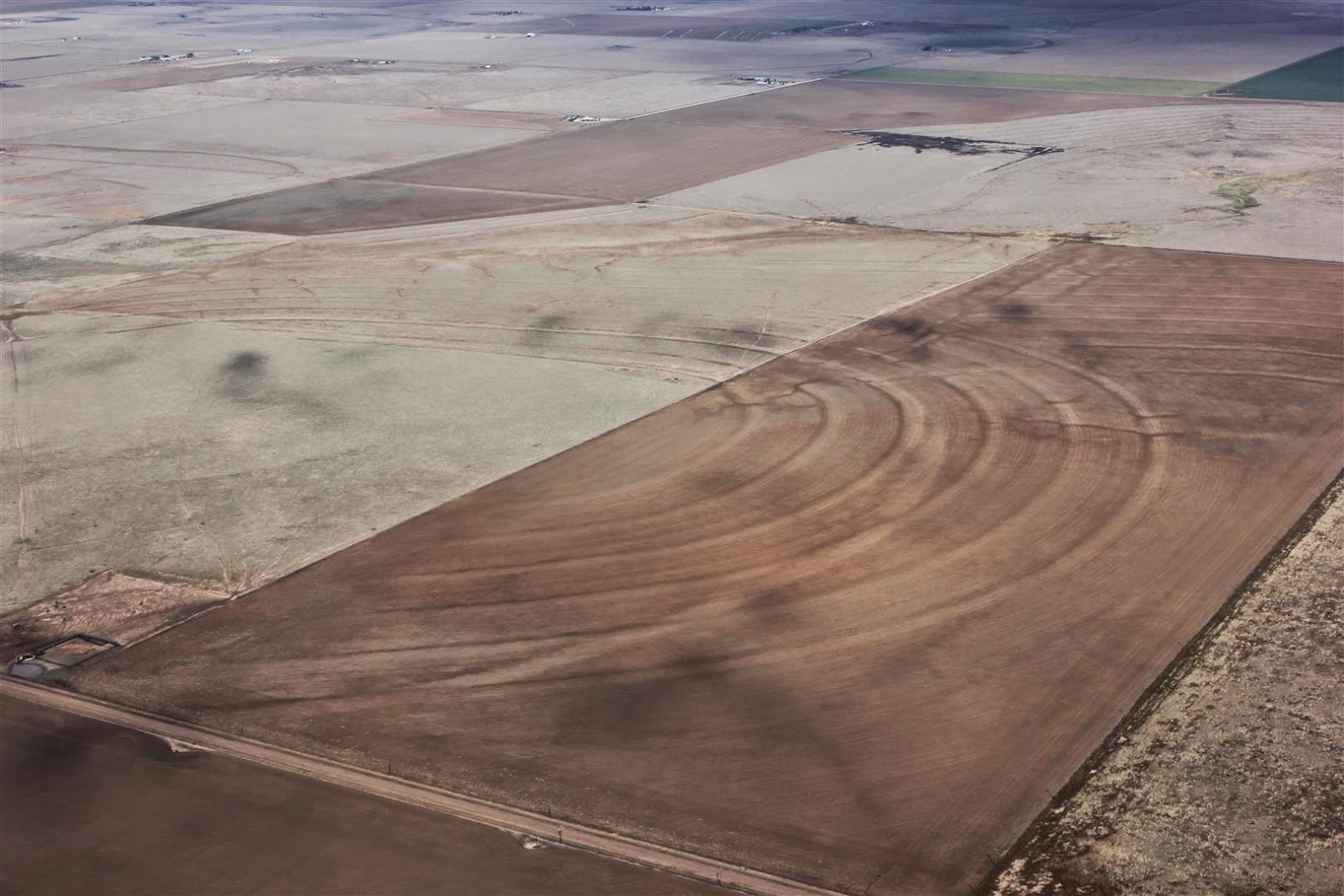 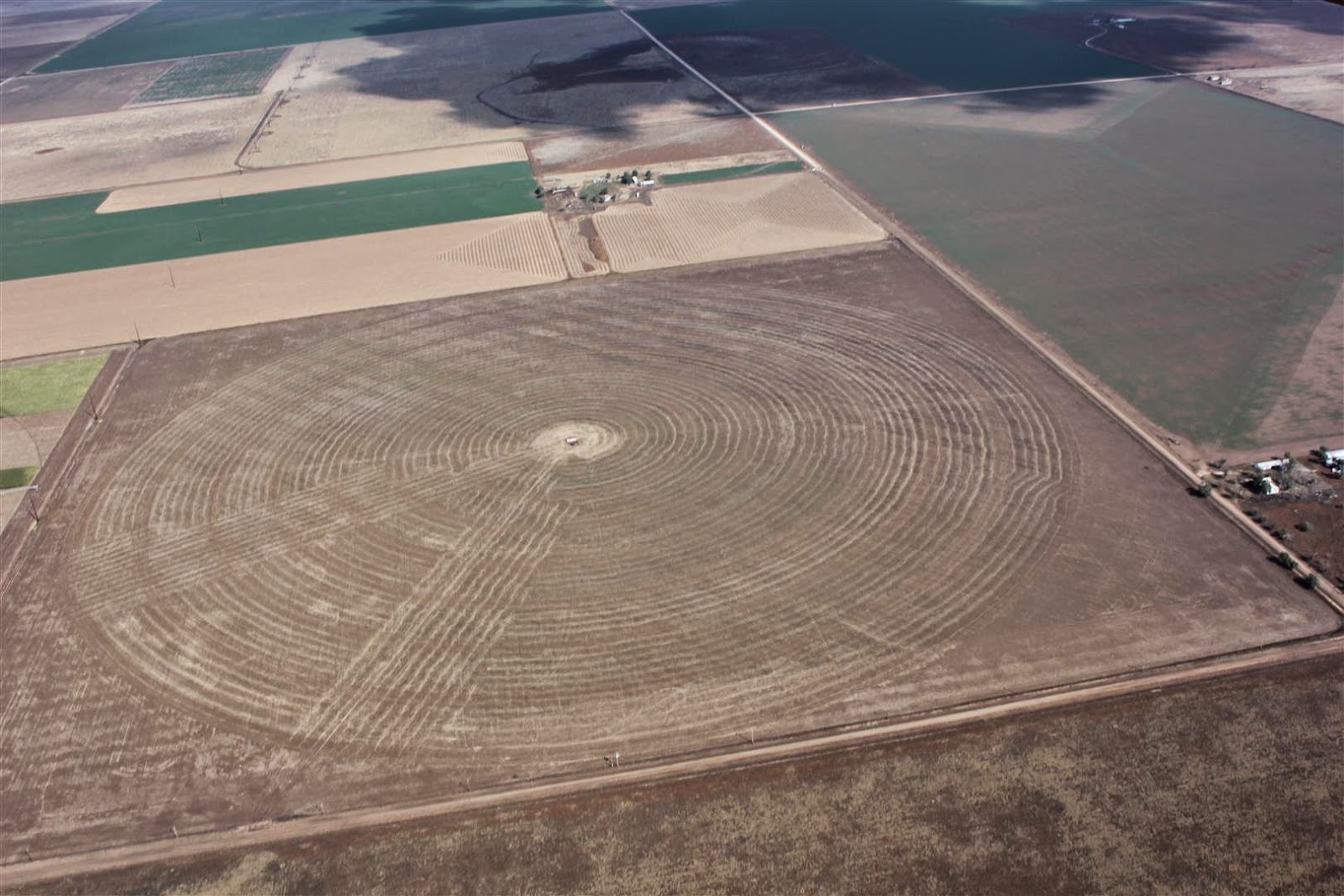 The Ogallala aquifer farther north under Kansas,
is much deeper and has some recharge,
but not nearly enough to keep up to the use,
so it's a worry for the future.....
Farmers are now doing all they can to use it efficiently.
I saw this method of 'laying' the water on the ground instead of spraying.
Looks very effective at preventing loses from evaporation.
Some farmers are also resorting to buried drip irrigation to be even more efficient. 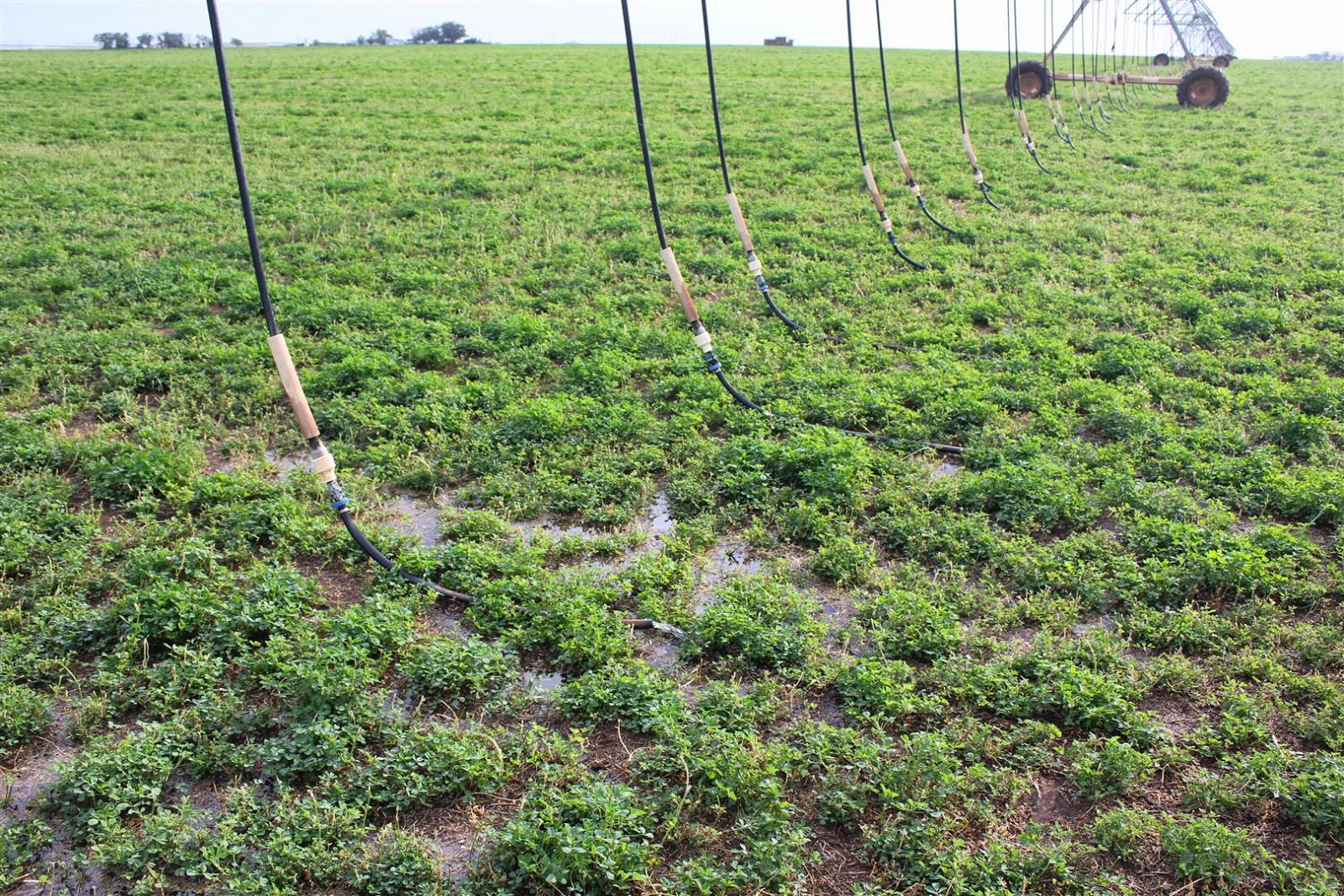 So what's causing that purple colour in the waste pond from the feedlot??
It's not reflection, it's in the water..... 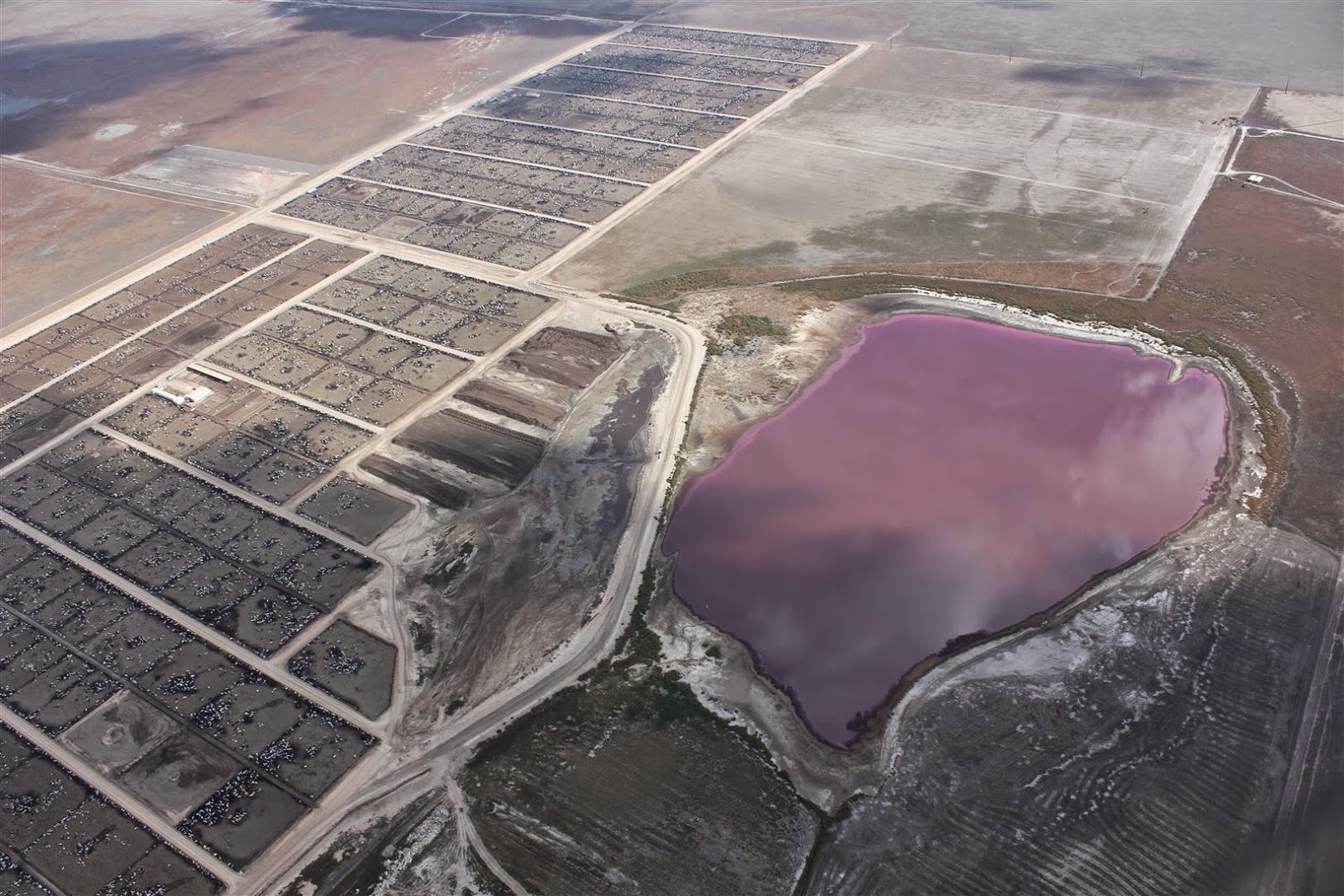