Ever since I first heard about those concrete arrows for early trans-continental navigation, I've been interested in them.  I guess I first heard about them on the internet.  While still in Australia, I found out the locations of several of those remaining, and determined to fly over some of them.  I had found and flown over three near St George UT, one near Tooele UT, one near Wendover NV, and one near here.

When I got over here, I was surprised to find that very few American pilots had even heard of them.....  Then I finally struck lucky at Grants-Milan airfield in New Mexico.  They not only know of many such arrows, but are are establishing a museum about that form of navigation.  Steve is the driving force behind this museum, and shared a whole lot of knowledge with me.

It turns out that there was a lot more to the system than just the arrows.  That plaque near an arrow near St George, Utah, stated that there was just a kerosene light on the tower.  But this restored tower at the Grant-Milan museum shows what was really there.  There was a powerful rotating beacon, plus a 'lane' light beamed along the flight path.  All this was powered by a generator in the hut, controlled by a time switch and relays, making for a sophisticated automatic system for that time.  There were large fuel tanks, so the beacon could work unattended for weeks or even months at a time, especially in winter when some sites would be inaccessible.  Then a roving technician would make the rounds and service and fuel the beacons.  These beacons were spaced 10 miles apart, along the transcontinental air routes, so that made for a whole lot of beacons, about 1800 I'm told.  It was a giant undertaking that first made it possible to have trans-continental mail and passenger services, and should be be more recognized in aviation history.  In the 1930s radio navigation facilities took their place. 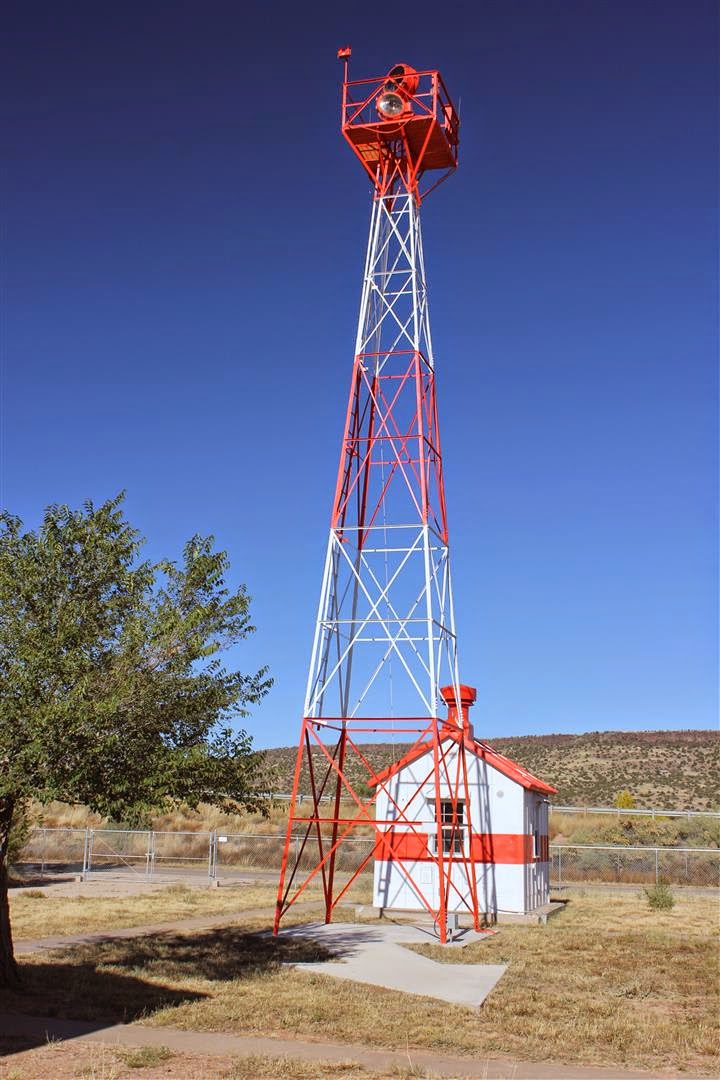 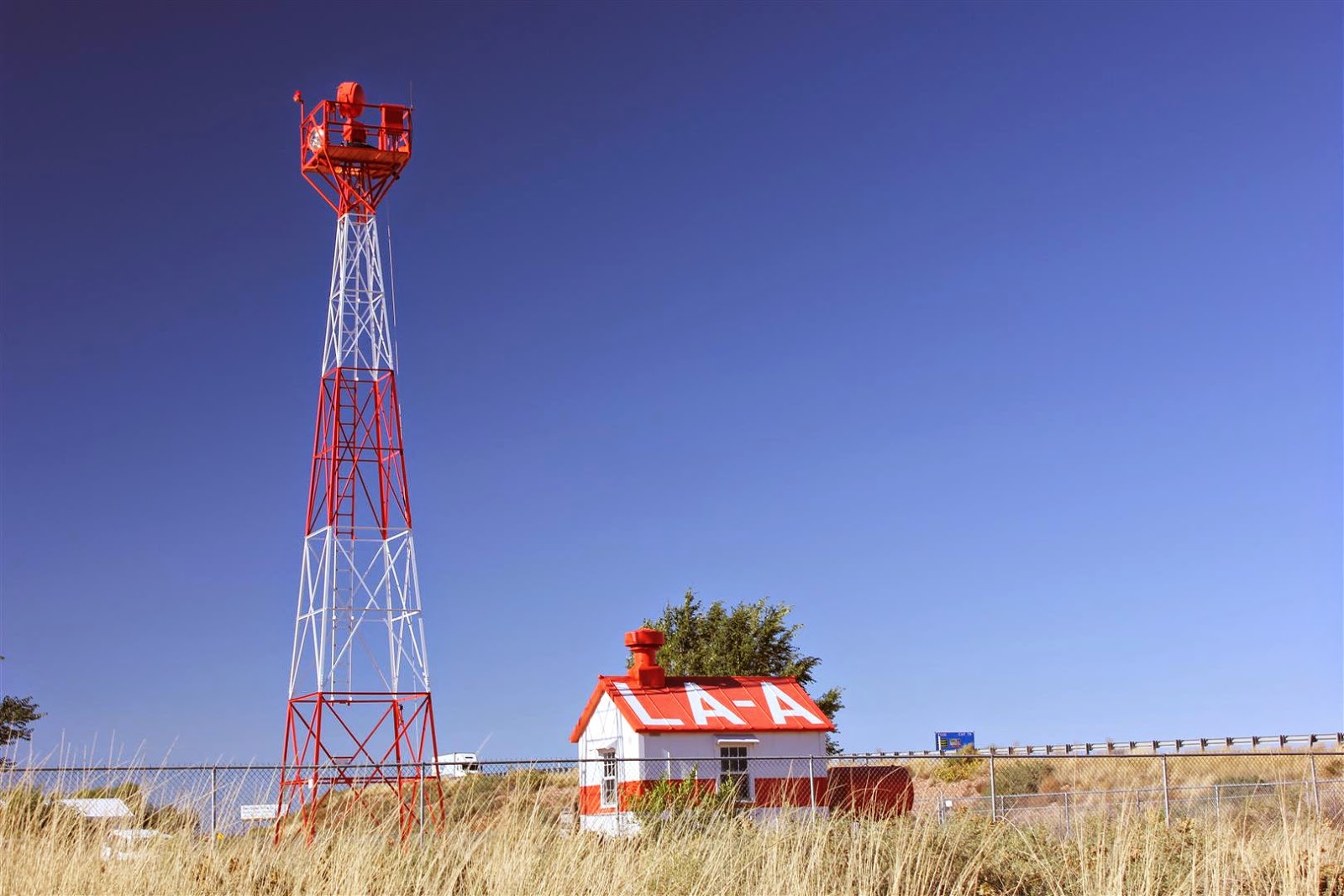 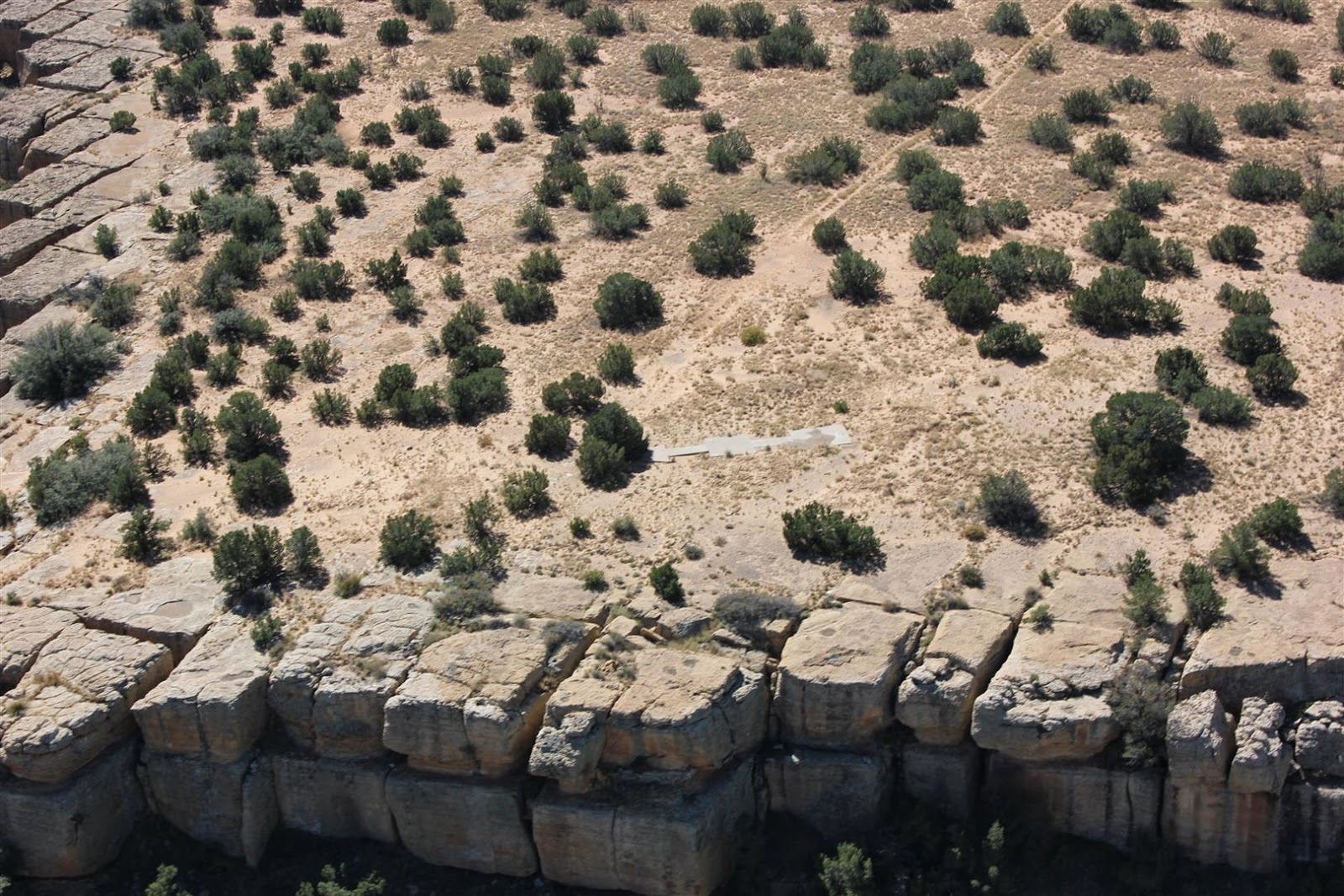 This is the arrow near Casa Blanca, NM,
that I had located on Google Maps while still in Australia,
and came to Grants-Milan to fly it.
#64 on the Los Angeles/Albuquerque route.
All the arrows that I found are pointing eastward.... 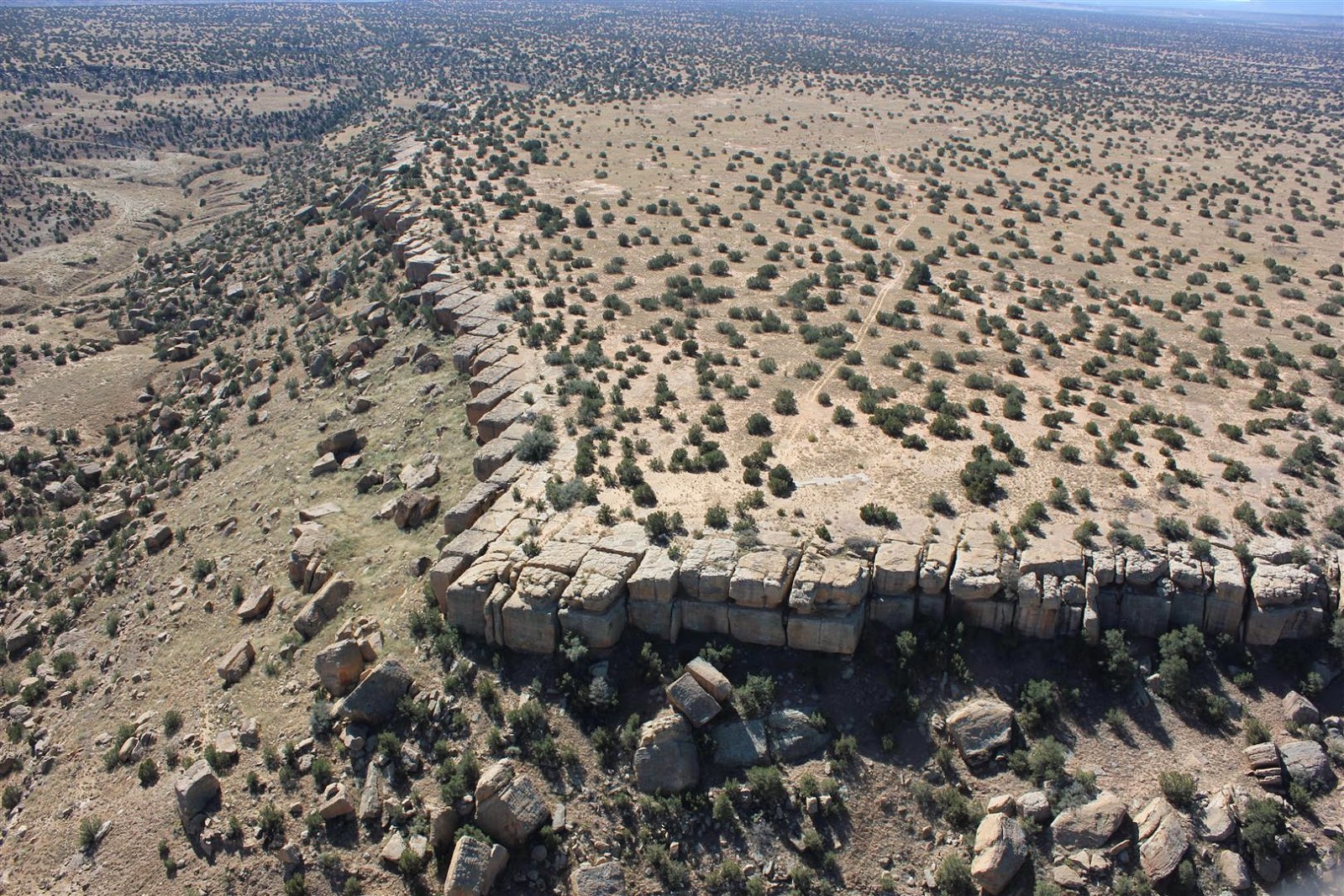 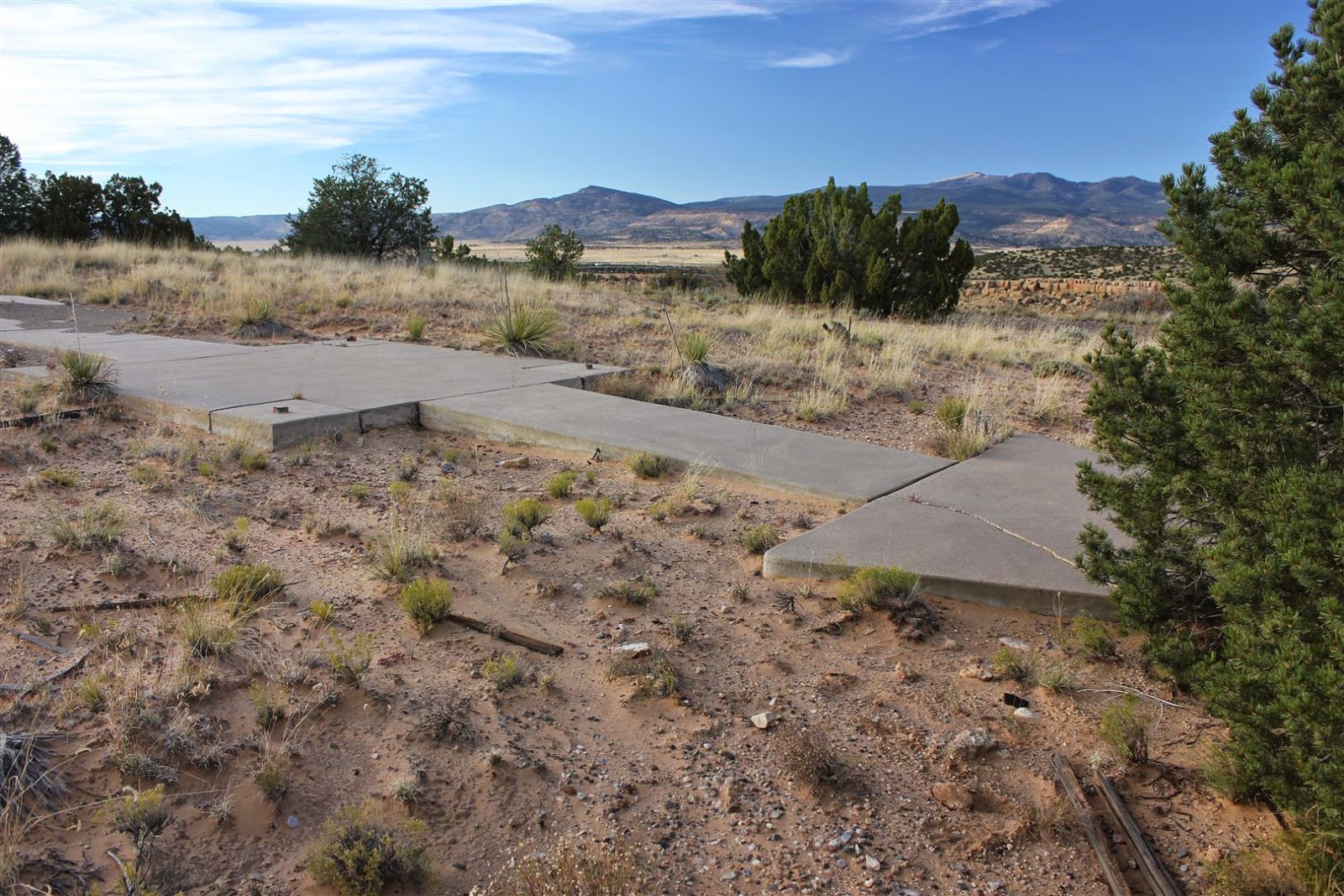 I hiked up to the arrow for a better look. 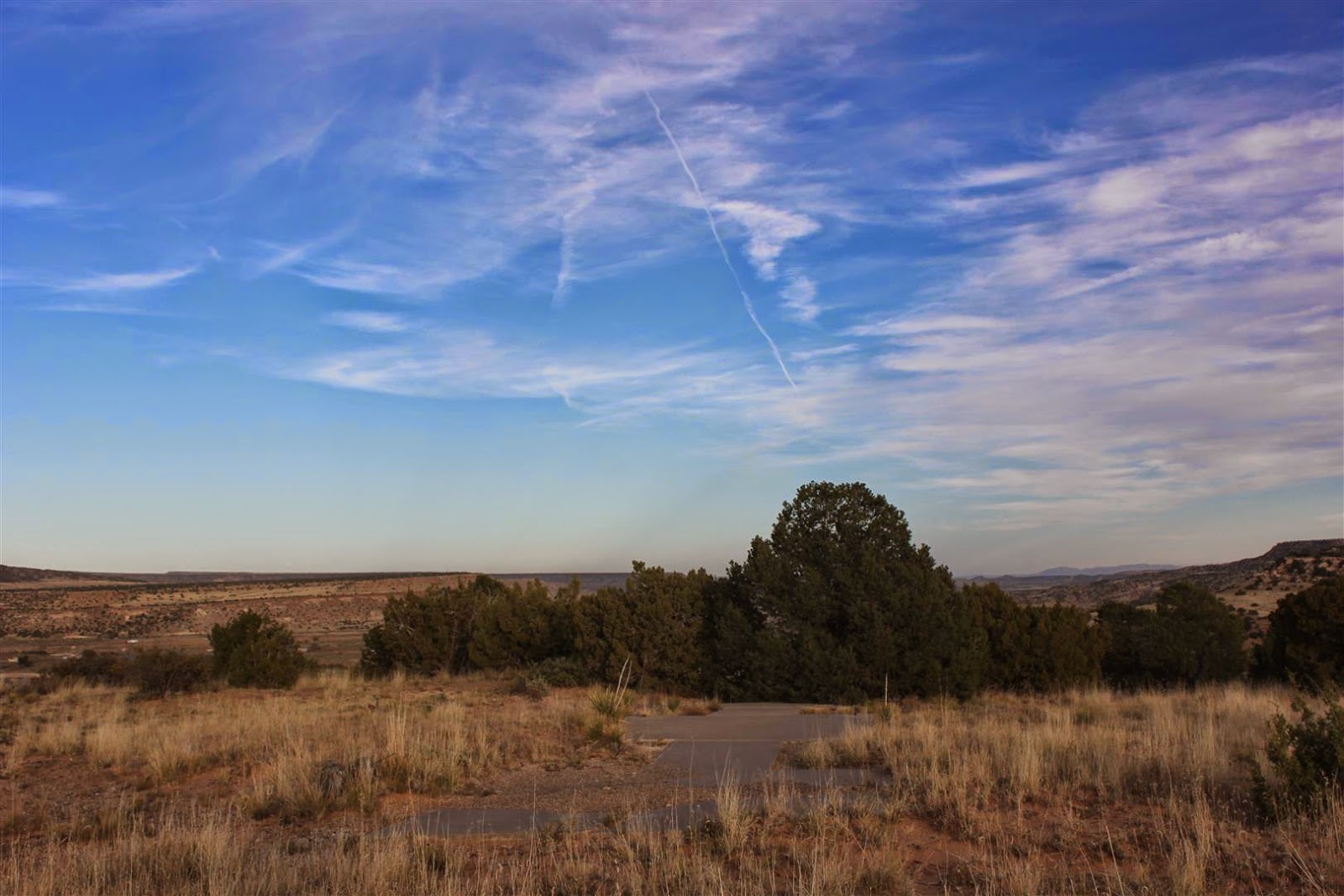 Airliners are still flying the same route,
but I don't think they can see the arrow from up there.....